The Witcher 3: Wild Hunt on Steam has generated over $50 million in revenue from October 1, 2018 to today, according to CD Projekt RED via Twitter. With hitting that figure the developer will now be earning 80 percent of the sales of the game on Steam going forward.

The Witcher Netflix series did help boost sales of the game when it launched in December 2019. Sales in the US jumped 554 percent year-over-year in the US for the month of December 2019. The game also reached a new high on concurrent users on Steam with over 100,000.

The Witcher 3: Wild Hunt is available now for the Nintendo Switch, PlayStation 4, Xbox One, and Windows PC. 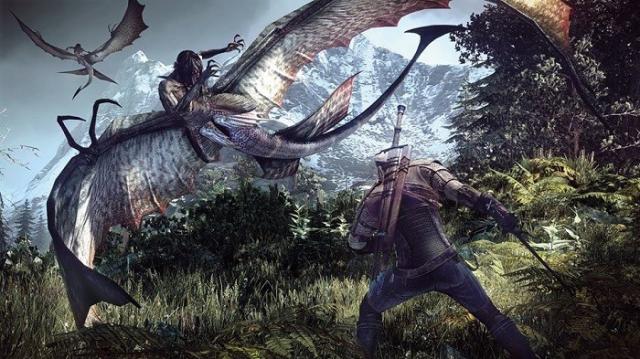 The accumulated revenue from sales of The Witcher 3 on @Steam platform for the period of time between October 1st 2018 and today has exceeded 50M USD. As a result, we are now getting 80% on any subsequent sales of TW3 on Steam.
Thank you all for your support! pic.twitter.com/JgNgrrI5h0

Also, what is the relevance of the October 2018 date in all of this? I'm curious what their total revenue has been.

I believe they showed us a chart showing it's PC vs console sales, and PC had started climbing drastically by then.

October 2018 is when Steam brought in their percentage lowering based on revenue.

Kinda surprising that even the top tier of Steam has a fee of roughly twice that of the EGS.

Can't edit my post. I assume you knew what I meant but didn't like my choice of words. Revenue sharing would be better. But EGS is 8 - 12%, last I recall, and Steam is 30%, and apparently 20% beyond 50 million USD worth of revenue. I'm surprised Steam hasn't budged with this percentage given that EGS seems to be getting at least some traction now. I have only bought a couple games from the EGS, but I check every week to get the free games they offer, so I have quite a massive EGS library at this point.

I knew of the same cut everyone else takes in this industry, not just Steam alone. I'm not sure what you mean by "budgeted", I mean that'd be telling literally everyone else that same thing. EGS is getting *some* traction, but not anywhere as much as Steam still has, and well, it's a good thing CDP sell their game over on GoG and Steam, so they get 100% from their owns tore and 70% from Steam, rather than being held exclusive to EGS and getting only one stream of revenue.

Not sure what the library talk has to do with CDP and Witcher 3 though.

I didn't say "budgeted". I said "budged". As in, Steam hasn't changed their policy to try and compete with what the EGS is doing. And the topic of this article is not just "CDP and Witcher 3". Quit being a jerk; I think you are making the assumption that I "like" the EGS because I posted something about them that wasn't negative, and that's not the case. It's very clear that that's the reason you replied in the first place. Otherwise what are the odds that both of your replies would be rude. Like honest to god, what is the point of your post?

Because they and everyone else doesn't feel the need to lower their cut, and that we are not privy to just how much it costs to maintain services/features (factually we don't, so that's not an argument you're going to win unless we are given the fine print of what every nook and cranny costs to run). EGS itself isn't seeking to compete with the rest of the industry, seeing as how it's resorted to being anti-competitive in making sure games are only sold on their storefront via a bribe deal, which Gabe himself has said it is not Steam's way. Valve compete via features and making their own games, while Epic just has a finite cut period and one game (yes, the cut is not indefinite either).

Yes actually, the topic of this article is about CDPR, Witcher and Steam, not EGS and rev cuts from that storefront. Calling me a jerk isn't going to resolve anything either, so I'd cut that out before anything else. I think you think EGS is the way to go, while willingly ignoring the bad they've done, to which you're the type that would instantly bring up the bad Valve has done, in order to stick to your original point. No, I wasn't asking you to say negative stuff, I wanted you to actually be a little more open, rather than closed off like some typical EG drone, who only, and just only puts insane focus on the not indefinite rev cut.

What is the point of your very own post?, because all it did was basically whine about Steam's cut, while you absolutely ignored everyone else taking the same 30% cut. You know what's rude?, insulting intellect and pretending to care. You don't care, you only care about Steam lowering their cut, not everyone else. I hate people like that, a lot actually, so yes, I will be rude, because I know you never had good intentions to begin with. You want good intentions, you want everyone to lower their cut, not just Steam, and you'd want Epic to lower theirs further.

Yeah, except everything you said doesn't apply to me at all. I use Steam everyday. I would rather not see Steam lose ground to EGS. I don't want to have to own games on multiple platforms. I made a comment about how it's surprising that a game's revenue sharing dropping from 30% to 20% after 50 million USD is still about double of what the competition has right now, but for you to assume that that means I hate Steam and love EGS is a stretch. Because I'm not so invested in every facet of the gaming industry like you might automatically assume. But given the hole you have dug yourself in, the last thing I imagine a person like you ever doing is apologizing. That's why I mentioned my Steam library (the information you said was off topic), as I wanted to make it clear to you that you were arguing with someone who isn't who you think they are.

Well Tim wants you to own games on multi platforms, due to his little dreamland of a "multi-store world" (which was a thing well before EGS arrived, and makes him sound like an utter nonce snake oil salesman).

Also I do not assume that you hate Steam, but your fixation on just Steam having to adhere and lower it's cut is something that doesn't stem from one who knows too much, because otherwise you'd by default want everyone else to lower their cut, and then some. You also do not have to be "invested" in the industry to know that everyone else takes 30% cuts btw.

I don't see nor think of you as any form of bad guy. I just want your intentions to be pure and open, because a lot of wannabe chumps on the net seem to just want to focus on Steam lowering their cut, but excusing/ignoring the fact that insanely rich and massive corps like Google, Apple, MS and others take their 30% cut.

I mean no disrespect btw. I just feel like Timmy is a lying sack of crap, and that he's trying to get everyone to thinking he's here for everyone when he left PC in the dirt years ago, only for a company like Valve to actually cite a problem and attempt at correcting it. He's only come back because he sold Gears and now has billions.

I don't think you're a bad guy either. I mean you no disrepsesct in the way I come off as. I just feel like eevryon