Epic Games will be making two more free games available on the Epic Games Store. The free games are Assassin’s Creed Syndicate and Faeria and will be free from February 20 to 27.

Kingdom Come: Deliverance and Aztez are currently free on the Epic Games Store until Thursday, February 20 at 11am. 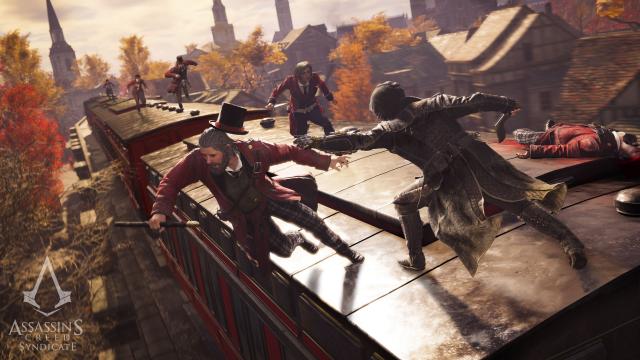 Here is an overview of Assassin’s Creed Syndicate:

As Jacob Frye, a young and reckless Assassin, use your skills to help those trampled by the march of progress.

Travel the city at the height of the Industrial Revolution and meet iconic historical figures. From Westminster to Whitechapel, you will come across Darwin, Dickens, Queen Victoria… and many more.

As a gang leader, strengthen your stronghold and rally rival gang members to your cause, in order to take back the capital from the Templars’ hold.

I think this will be the third Assassin's Creed game I get for free. Too bad they're the worst ones (AC3, Unity and this one).

I've got a nice collection of games now on Epic Store all for free.. Well except for one Watch Dogs 2 i got it for like 5 eur xD .

Wow, so far I've gotten Batman Arkham and Darksiders 1 and 2 from the Epic Store for free, and now this. I'm already feeling like I should buy something from them just to show my gratitude.

@Chazore, I'm sorry, I do not get what you mean (English is not my first language, my apologies).