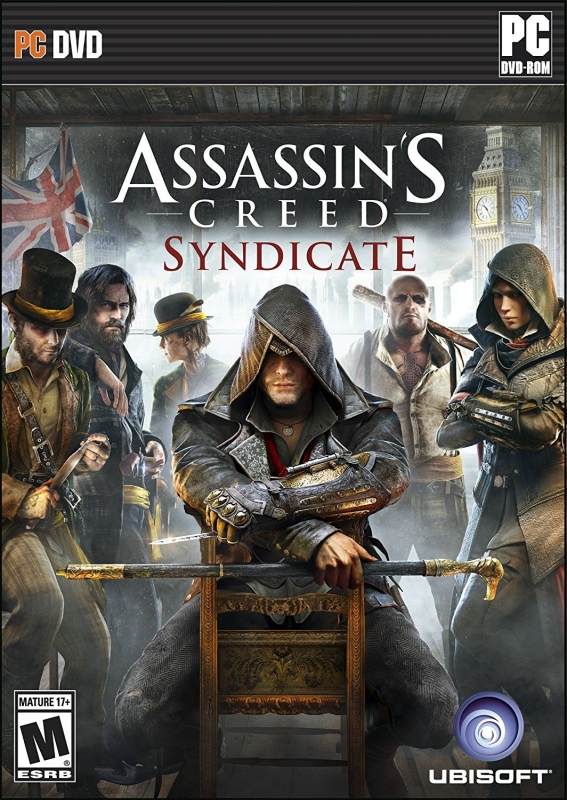 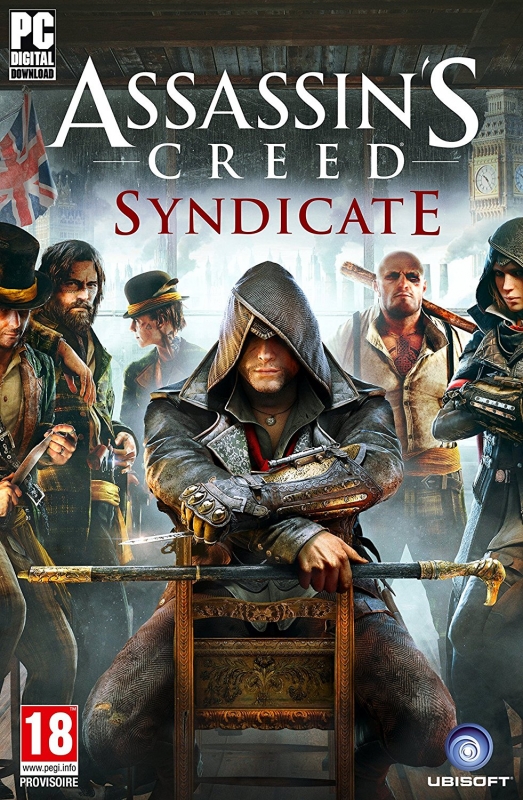 The Industrial Revolution fattens the purses of the privileged while the working class struggles to survive – until an Assassin emerges from the underworld to rally to their defense. Rise to lead the world’s first organized crime family. Conquer the streets of London. Bring the ruling class to their knees.

With Jacob as the leader, players can establish Great Britain's fiercest gang, the only force strong enough and smart enough to challenge the elite and bring defeat to rival gangs in order to usher in freedom to the oppressed masses. Infiltrate Enemy Strongholds, dominate London's Underworld with a large arsenal of weapons and lead your cadre on missions to rescue child laborers, rob trains and whatever else it takes to bring justice to the lawless streets of London.

In Assassin's Creed Syndicate, as the brash and rebellious Jacob Frye, you must utilize new and improved stealth tactics to confound and evade your oppressive and treacherous enemies. Unleash your ordnance of weapons that include brass knuckles, a sword cane and the kukri knife to defeat your foes and utilize new technology like the rope launcher to surreptitiously traverse this Old English landscape with ease and surprise your enemies.