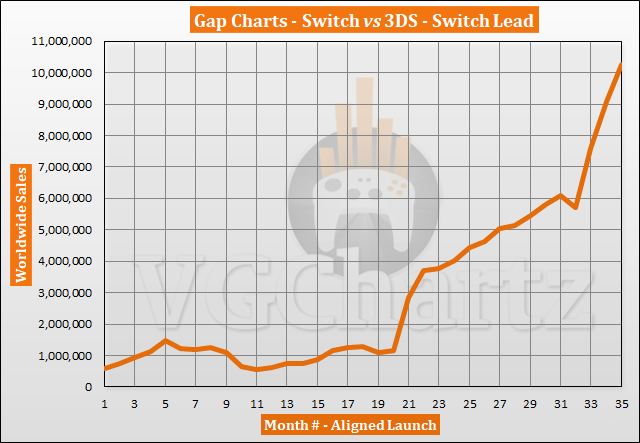 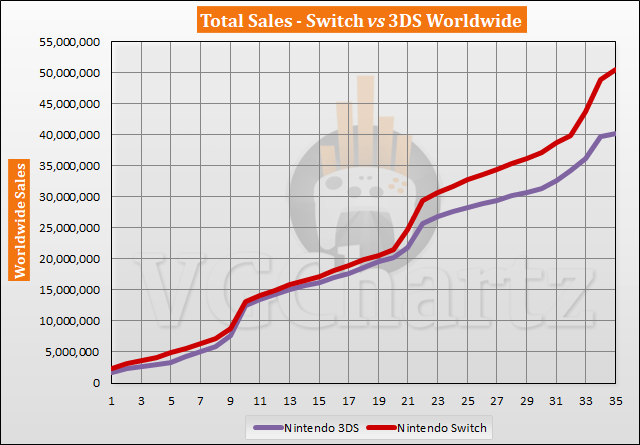 The 3DS launched in February 2011 (however, 3DS sales have been aligned to March 2011, since it only launched at the end of February in Japan), while the Nintendo Switch launched worldwide in March 2017. The Switch has sold 50.51 million units, while the 3DS sold 40.26 million units during the same timeframe.

Man, the Switch is doing great! At this rate, it will definitely outsell the 3DS!

At this rate, it will definitely outsell the Wii even

I hope so. It deserves it!

At this rate 85 million lifetime sales is an absolute lock. Almost nothing could stop Switch from reaching that. 100 million is pretty probably too.

What makes you think that will be the case? I think the Switch is selling too fast for it to not pass the 3DS.

Well, you're right. As Switch sales never were below 3DS they will never pass the 3DS-line.

There is only ONE scenario where this is possible: if the virus transmission explodes in every countries with 1 billion dead worldwide at the end of 2020.

The Switch will magically stop selling right before the 3DS LT line. Reasons? We dont need no reason round here.

I'm glad to see people grew up to understand sarcasm.

Do you think it's opposite day?