New BioShock Game Has Reportedly Been in Development for Years - News

2K Games earlier today announced it has opened up a new video game studio, Cloud Chamber, and the studio will be developing the next game in the BioShock franchise. The game won't be out for "several years," according to 2K Games.

The next game in the BioShock franchise has reportedly been in development for years, according to four sources who spoke with Kotaku.

The game had the codename of Parkside and was first in development in 2015 by developer Certain Affinity. Certain Affinity was known for helping on shooters Halo and Call of Duty. However, by the end of 2016 2K Games decided to bring the development on the game in-house and reboot it as well. 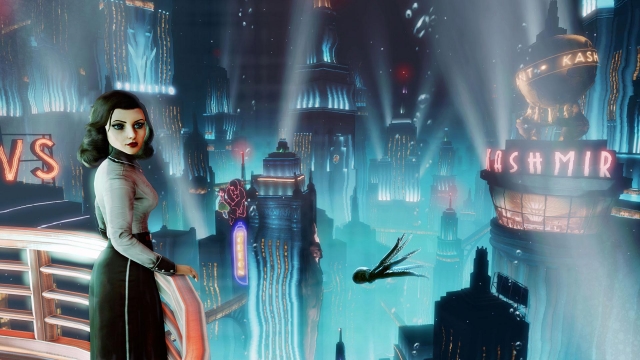 In 2017, 2K Games moved development to Novato, California where the publisher's corporate offices are based. People were slowly hired as the team remained small as it was still in pre-production. And now two years later 2K Games has officially announced the studio and the game.

“As we continue growing our product portfolio, we remain inspired by opportunities to invest further in our valuable IP, great people and their collective, long-term potential,” said 2K Games president David Ismailer in the press release from earlier today.

“BioShock is one of the most beloved, critically praised and highest-rated franchises of the last console generation. We can’t wait to see where its powerful narrative and iconic, first-person shooter gameplay head in the future with our new studio team at Cloud Chamber leading the charge.”

“Our team believes in the beauty and strength of diversity, in both the makeup of the studio and the nature of its thinking. We are a deeply experienced group of game makers, including many responsible for BioShock‘s principal creation, advancement and longstanding notoriety, and honored to be part of the 2K family as stewards of this iconic franchise.”

Will it be done by the same writers though?