Xbox One Was the Best-Selling Console Over Black Friday in the UK With Over 100,000 Sold - Sales

Microsoft's Xbox One was the best-selling console over Black Friday in the UK. The Xbox One S All-Digital Edition was discounted as low as £110 in Tesco, with £129.99 offers at other retailers. The digital-only version of the Xbox One S included three games: Sea of Thieves, Minecraft and Fortnite.

More than 100,000 Xbox One consoles were sold last week in the UK, according to numbers from retailers. The figure is slightly behind hat it sold during Black Friday 2018. 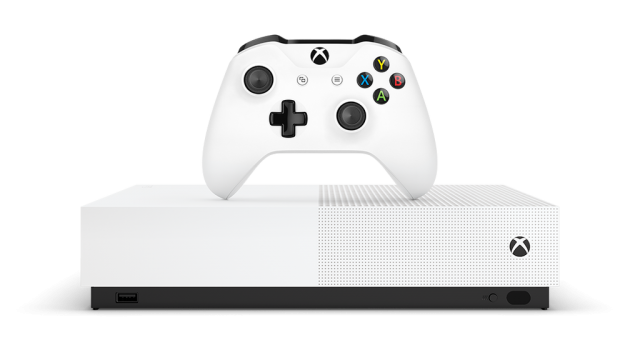 Sony's PlayStation 4 came in fourth place with sales of just over 60,000 units. The FIFA 20 and Call of Duty: Modern Warfare bundles were the most popular.

What was in third place then, if PS4 was in fourth? :/

And I thought there were only 3. Maybe it was outsold by Ouya?

Possibly the 3DS. Which I would have found unlikely, but consider how well the PS2 was doing even in late 2008. And considering a new 2DS with a game costs £80, I can see some people getting that as a present for their kids instead of the £200 Switch Liht.

Maybe they count different SKUs or something.

Yeah £199 for BF just doesn't cut it anymore, even if that's with games. PS4 needs a price cut if they want to sell more. That goes for outside of deals too. Now BF is over the cheapest PS4 on amazon is £238 for a 500gb with Modern Warfare. While the cheapest XBO is the 1TB digital for £164, or 1TB S for £207. PS4 numbers could be so much better then they are.

Congrats MS for a win on the BF on UK. The SAD edition for 99 is really a good deal for anyone looking to save money and not caring much about physical copies or 4k.

I particularly like the comments on NeoGaf about those people who proudly note they bought the X1 SAD as a cheap Blu-Ray player. I wonder what happens when they find out the discless X1 actually does not have a disc drive......

Some people are just ignorant, to use an acceptable word, but yes they will make massive returns.

Surprised it outdid the PS4 but looking at that 99 quid pricing it's no surprise.

Not surprised to be honest. You could find the Xbox All Digital for as low as £99 which is an incredible price. I was tempted to pick one up myself but then again I'd prefer the Xbox One X for my OLED TV.

What was in third place then, if PS4 was in fourth? :/

My guess is it was a typo.

Congratulation, £ 99 is very cheap price for people want to buy game pass and getting into Xbox exclusives.

Are people in the UK not buying consoles? 100,000 seems like a low number for an entire country of millions.

It's only one day. And, BF in the UK is not as big of a deal as it is in North America.

Ah, I see. For some reason I thought it was for the entire week. Guess I'm just used to VGC posting weekly sales.

And I´m willing to bet that it is gonna be at least 2nd in Spain. And I wouldnt be surprised if it actually manages to get No. 1 as well.

Yeah, Benji said that the Xbox One All-Digital Edition had already sold 4k units at a single Spanish Retailer that week, and that was only halfway into the week, there was still 3 or 4 more days of sales when he said that. And that was a single retailer.

My guess about the ps4 being fourth place is they're counting the regular switch and the switch lite separately.