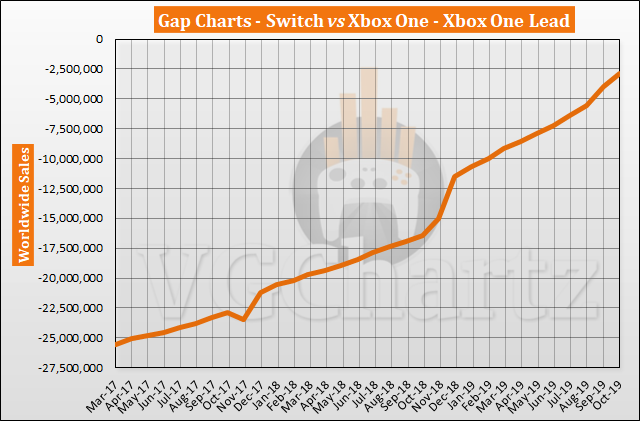 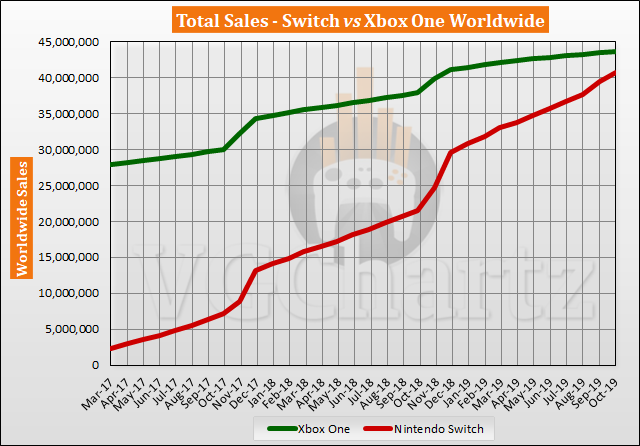 Switch will pass the XB1 in December as expected all year long.

It's only a matter of time. SNES is after that.

The Switch is about to outsell the Xbox One's Lifetime sales far sooner than I thought, which is insane considering how the Switch released 3.5 years later than the Xbox One.
The Switch has pretty much been outselling the Xbox One in a 3:1 ratio since it's launched, amazing.

Switch is magical! If big N continues the support for years it is gonna surpass even Wii!

It will pass the Wii. I think it will at least hit GBA numbers if they are smart about it. What they will be chasing the the DS, but I have a feeling Switch 2 will come before it ever gets that far and put a slow on sales.

where did 3ds vs psp gone? I know that obviously psp is doing better but I wanted just to see updated charts

Although I love them all, as each system really have a charm of their own, the switch is just something special. The library is great, and really has the "console quality" games on the go. I love the switch, and it is my go to system since release, hands down. Very happy it's a healthy system.