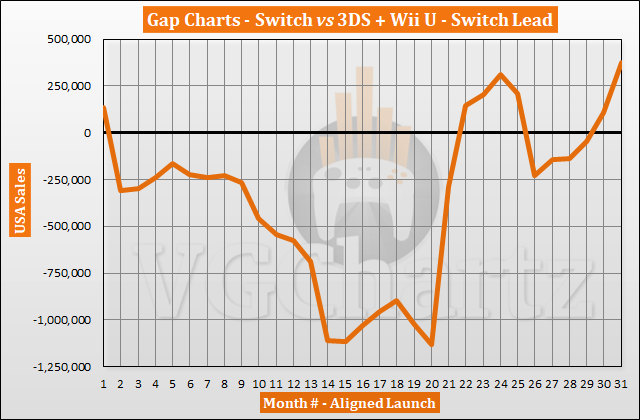 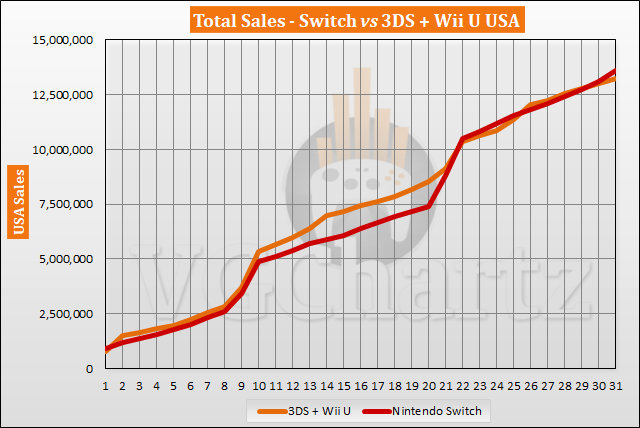 September 2019 is the 31st month that the Nintendo Switch has been available for in the US. During the latest month the gap grew in favor of the Nintendo Switch units when compared to the combined sales of the 3DS and Wii U during the same timeframe by 266,348 units. In the last 12 months the gap has grown in favor of the Switch by 1.40 million units. The Switch is currently ahead of the 3DS and Wii U by 373,002 units.

Switch saying adios to 3DSWii U and leaves them in the dust after a death stare.