A Look Back at Code Mystics' Games for PlayStation Vita - Article

This is the third entry in a series of articles I’m writing that look at the output of a number of Vita-supporting developers from launch through to the present day. I’ll be examining their history in the games industry, the games they released on Vita, how those titles performed, what games they could have released but didn't, and finally I'll provide an overall conclusion on their Vita support.

In recent years it seems the demand to bring retro games to modern consoles has grown exponentially and no company has done a better job of riding this wave than Code Mystics, a porting studio whose emulation work has been among the best in the industry. Working in partnership with numerous companies, including Atari and LucasArts, but most notably SNK, Code Mystics has re-birthed numerous classics and the Vita has always been an integral part of its plans, making the company a perfect match for this series of articles.

Interestingly, prior to the Vita Code Mystics had no experience with Sony handhelds, instead developing for a variety of consoles but mainly focusing on the Nintendo DS and mobile phones, showing the firm at least has a history with portable hardware. 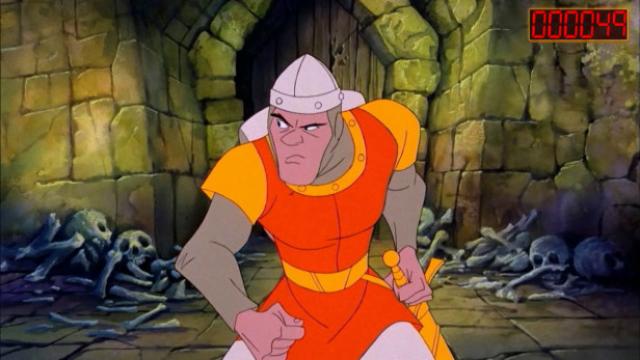 The company's specialism has always seemed to be bringing back classic games – on DS the company ported things like Dragon’s Lair (something they later brought to iOS), before working on an assortment of classic Atari titles. After this, its output scattered all over the place, from things like Mortal Kombat Arcade Collection on PS3, to a variety of plug-in-and-play TV titles, and Killer Instinct on XB1, before finally landing on the jackpot by working on PS4 and Vita.

Code Mystics continued this specialism in updating older games via a very special partnership that would last throughout the Vita’s life. This was with SNK, the Japanese developer best known for its Neo Geo console and the King of Fighters series, and came about through a deal brokered by Sony’s Third Party Productions team that was led by Gio Corsi. 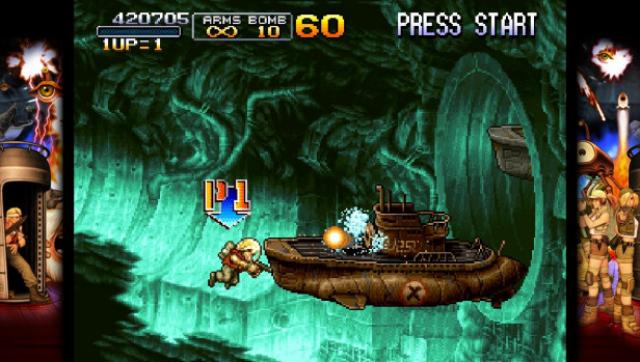 The first release under this partnership was Metal Slug 3, a run ‘n’ gun scrolling shooter known for its tough difficulty and stunning pixel graphics. In updating it for Sony’s handheld Code Mystics added online multiplayer, local co-op (on a PSTV), and even leaderboards making it a much more social experience than before, but also allowing it to be more accessible in the current gaming landscape. It was also notable for being incredibly close to the original Neo Geo version in terms of emulation, which made it a great way to replay a classic; something that would become a theme going forward.

For its next reworking, the team tackled a significantly more forgotten game – The Last Blade 2, a late-in-life Neo Geo weapons-based fighter set in the Bakumatsu era of Japanese history. Again, the team worked its magic to stay faithful to the original version while adding online play, art galleries, and nice little features such as cross-save with PS4 that made it an enjoyable package. The company followed this up with a port of Garou: Mark of the Wolves – arguably the best Neo Geo fighter of all time. It made a fantastic addition to Vita’s library, not least thanks to its stable online modes that used FOCAL technology. 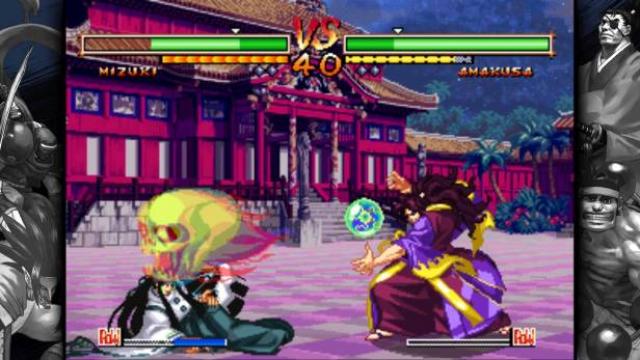 Perhaps the most impressive thing Code Mystics worked on in collaboration with SNK was Samurai Shodown V Special in 2017. The original game had been panned upon release, so Special was an expanded version which made many fixes and was to be the final Neo Geo game released in the west, but its launch was completely butchered as the title was heavily censored, removing much of the impact. Code Mystics managed to retrieve the original code and emulate it on Vita, marking the first time the game had been (officially) playable in the west and, as usual, it was a high quality port that felt like the best way to play it on a modern system.

The SNK partnership was capped off by working on King of Fighters ’97: Global Match, somewhat of a surprising choice given that ’98 is usually seen as the franchise’s defining title. Still, the result was again flawless, adding online matchmaking (with players across the whole world) and little extras like art galleries. It even received a physical release through Limited Run Games, one of only two SNK games available physically on Vita (the other being the upcoming Metal Slug 3 LRG release).

Before Code Mystics even hashed out its deal with SNK, the company was already in demand as an external porting studio, working with multiple developers to bring their titles to Sony’s handheld in close partnership with the Third Party Productions team. 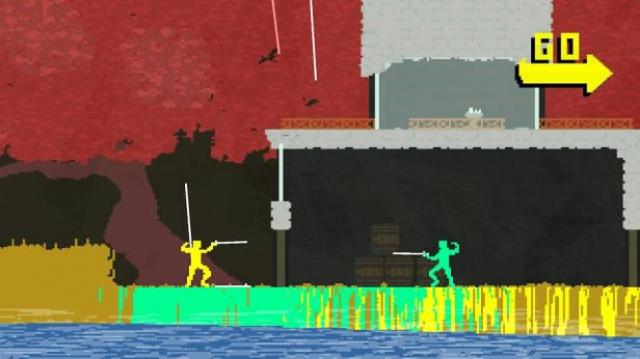 The first instance of this was with Messhof’s unique fencing-fighting game Nidhogg. The team went the full distance with the port. As well as adding online multiplayer plus cross-buy and cross-play with PS4, support was added for ad-hoc multiplayer on two handhelds or local multiplayer on one PSTV. The game itself formed part of the early indie initiative which Sony was pushing, helping cement the console as a great place to play smaller titles.

The developer went on to work with Hopoo Games on its PC smash hit Risk of Rain, bringing it to Vita in 2016. It had been a firm favourite on PC, receiving solid reviews and selling over a million copies. On handheld it was seen as even more enjoyable thanks to its pick-up-and play nature and this led to yet another physical release through Limited Run Games. That said, there were a few issues with the port – when on-screen action got particularly heated the framerate could drop, but this was never enough to ruin the overall experience. 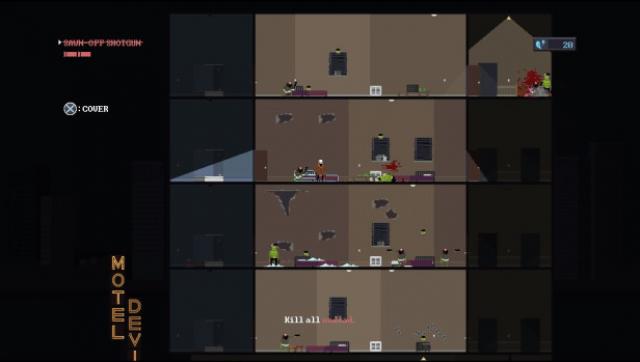 The team went on to work with Hopoo again in 2018 with its action-puzzler-stealth crossover Deadbolt, which impressed reviewers all over again with its fast paced gameplay, although some noted that it was a little small on the Vita’s screen (once again, there's an upcoming physical release through Limited Run Games for this one too - I'd hazard a guess that it's Code Mystics itself that's brokering all these deals with the publisher).

Given Code Mystics' vast wealth of experience on Vita, it was unsurprising to see other publishers contact the company to produce ports, ensuring a steady stream of work right up to the handheld’s discontinuation in 2019. 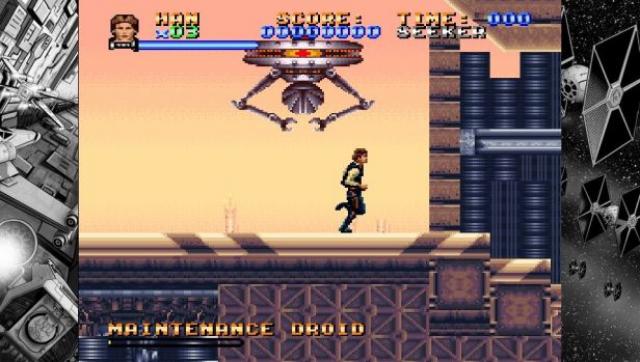 Perhaps the most bizarre of these was Super Star Wars, an emulated version of the run ‘n’ gun SNES classic (based on the mega-popular film series) from 1992. Released in conjunction with EA’s Star Wars Battlefront (which only landed on PS4 and not Vita), it oddly didn’t lead to any kind of ongoing partnership to bring the sequels The Empire Strikes Back and Return of the Jedi to the console, although it was a fairly enjoyable, if slightly dated, in its own right.

In another interesting turn, the company had been contracted by Atari to bring Atari Flashback Classics to PS4, XB1, and Switch, but no port to Vita was ever discussed. However, Code Mystics worked on it in downtime between other projects and pitched the final product to Atari which gave them the go ahead to release it. It included every title available on other platforms in one complete package and brought a sea of classic games to Vita which I’m incredibly grateful for, some of which had unique control methods that made the most of the hardware. 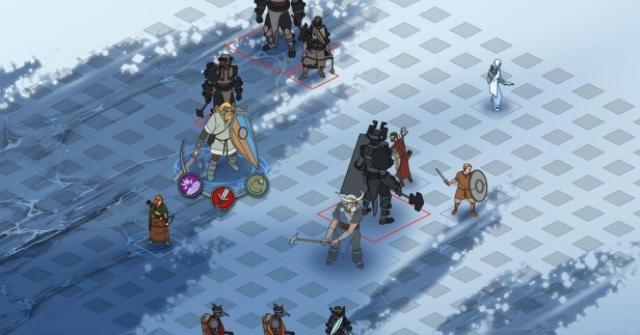 Sadly in this section I can’t include the tactical RPG The Banner Saga, which was handed to the studio after the original creators were unable to port it across. Despite all of Code Mystics’ technical knowhow, it also had to abandon the project in 2017 due to technical difficulties. Even this developer has limits it seems, although given its successes with everything else I can’t half wonder if there was something else going on behind the scenes with this one.

Still, as a final parting gift for the handheld, Code Mystics released Dreamwalker, the company's first and only original title on the console, which had initially been available for the Nintendo DS. It was quite a fitting final release – an updated version of a game first available in a previous generation and, although its puzzle gameplay largely flew under the radar, it certainly found some fans.

By building a niche for itself as an emulation and porting expert, Code Mystics has built up an incredibly reliable workload that has lasted it from early in the Vita’s life right through to the end of its production in 2019. There’s no other studio out there that has built up such a reputation either – few teams are able to deliver the consistent quality of output that this developer has (with just one unfortunate blip along the way).

The biggest highlight for me was the company's reworking of classic SNK titles (Garou being my favourite of all), which have all been stunning updates to legendary games, but its tenacity with bringing Atari Flashback Classics to Vita is equally impressive. One thing’s for sure, though, without Code Mystics the handheld’s library would’ve been a hell of a lot more lacklustre and I’m incredibly grateful for all they’ve worked on. 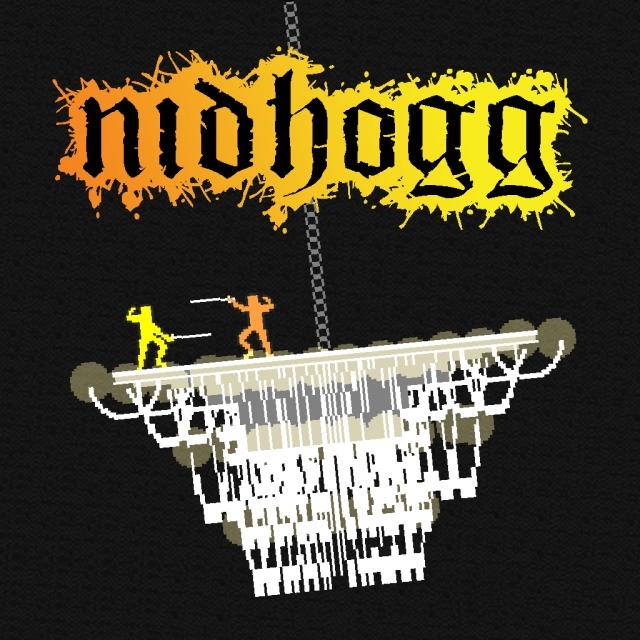