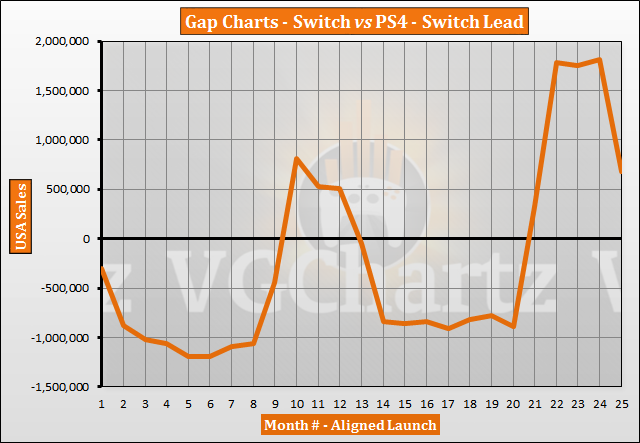 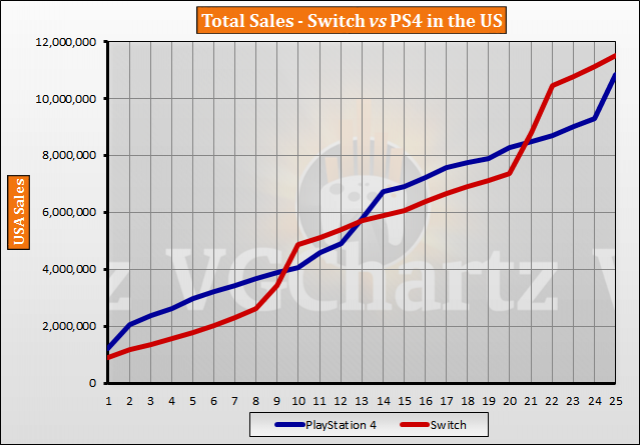 Looks like the PS4 has a harder time this year to catch up again. And I think next year it possibly won't at all, seeing how well the Switch was doing this Winter without big releases.

The trendline is favoring the Switch.

Interesting stuff! Can we get the global version of this chart? Of all the gap charts that's the one I'm most interested in!

All sales articles can be viewed here: http://www.vgchartz.com/articles/?category_story=Sales

Ah yes, I saw that but thought it was an old one because it said March. I forgot about the data lag. Thanks!

Yeah. March is the current month being posted about with the monthly hardware charts. I have a vacation coming up, so I won't start posting April's hardware articles until closer to the end of this month.

PS4 is doing amazing for a home console let alone one that has been out almost 7 years now. Where I switch have already had perm price drop so that probably helping sales. I mean PS4 is the cheaper of the two and that's the only way it can compete right now.

The graph is launch aligned, so each console in this graph is the same age.