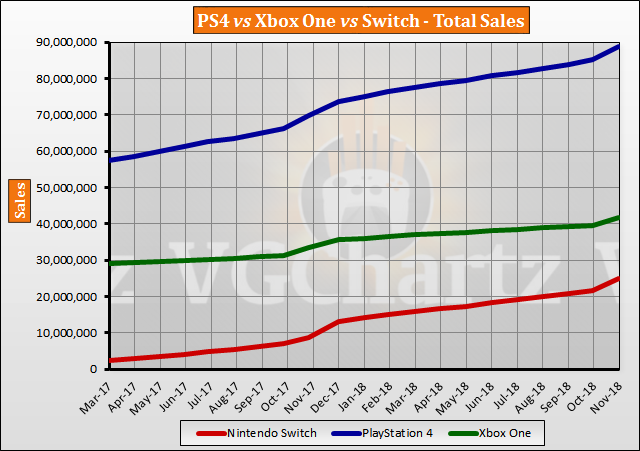 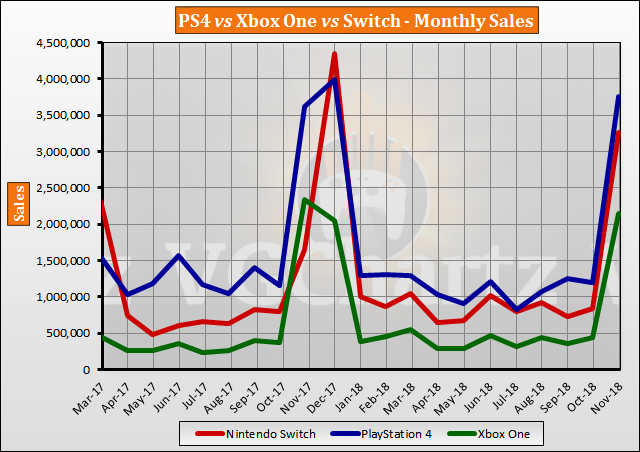 Taking a look at the marketshare, the PlayStation 4 managed to achieve 41 percent. The Switch accounted for 36 percent of the consoles sold, and the Xbox One 23 percent.

Yearly sales for all are ? Cmon guys.