Microsoft is planning to release two next generation Xbox consoles in holiday 2020, according to sources who spoke with Windows Central. 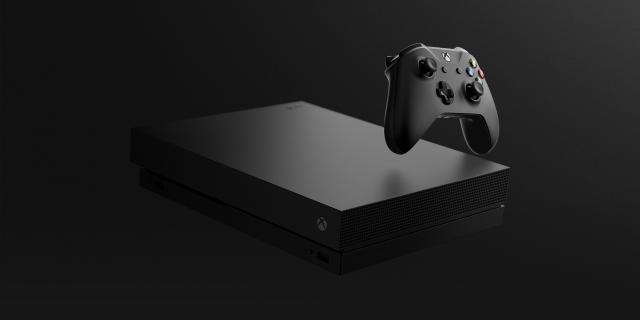 The second next generation console is codenamed Anaconda and will be more powerful and more expensive. It will provide a "cutting-edge console gaming experience." Microsoft is looking to reduce loading times, with the potential of including SSD storage.

These next generation consoles will be compatible with everything that is currently playable on the Xbox One. This includes the original Xbox and Xbox 360 games that are backwards compatible.

This should be treated as a rumor until confirmed by Microsoft.

Sure you don't mean "specs similar to Xbox One X" for the more affordable one? Launching a system on par with the OG Xbox One in 2020 would be kind of absurd

Hopefully that refinement will be including the same next-gen CPU as the high end model. This way they can offer the same experience, but the low end model can target 1080p which really is good enough for most consumers and their home set-up. The high end can target 4k.
$299 vs $449.

But I thought Microsoft didn't believe in console generations...

Full backwards compatibility would be a very strong selling point and give it a massive library at launch!

God I hope one of them isnt without a disc drive.

One cheaper with only a hard drive and net connection as the cheaper option, one with a disk drive as the more expensive. Makes sense for the changing market.

The base model seems strange what's the point, you just confuse everyone, people will ask the question does this mean next gen xbox games are going to be built on the spec's of basically a rebadged Xbox One X, with codename Anaconda acting like X does now, I can see a few years down the track Sony bringing out PS5 pro and MS having either 3 SKU's or dropping the Lockhart model and if they do that what's the point beside pissed off customers.

What if the One X just becomes the new One S for next gen? They cease support for the One/ One S, and keep supporting the One X and Project Scarlet. Making two new systems would be pointless, the One X will be just as capable two years from now, and be a good base console.
If they could somehow make that tiny console even smaller with an SSD would be an even better start for the generation. Long live the One X.

I don't think this is out of the question, especially considering Microsoft comments about the end of generations a few years ago. frankly, I wish they would give us some more guidance. I would pick up an Xbox one X right now if I thought that system was going to remain current for another four or five years. But, I haven't been able to justify the $400 investment for a system that may be replaced in two years.

Unlikely due to the CPU

LOL
Microsoft will end up releasing consoles like phones
from Xbox X1.......X987 one day

Honestly, if MS continues to heavily support PC, I’m going to stick with buying any of their games I care for on PC next gen as well. On that note, hopefully we start getting some quality games out of their newer studios sooner than later.

Making a console just like X1X won't be next gen, at most it may be a slim version of X1X.

Maybe it will be able to play next gen games via streaming.

That certainly is a possibility, even though if we are thinking about full stream, X1X level of HW is an overshot.

it makes no sense making a revision from the revision that xbox one x is.