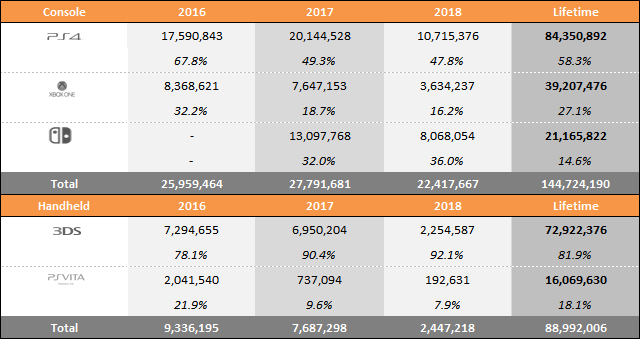 PS4 already sold 10.7 millions and isn't even in the holidays. They will likely end the year with sales close to 18-19 millions, which is huge

This is the funniest way to flame and not flame at the same time.

Switch already sold 8 millions and isn't even in the holidays. They will likely end the year with sales close to 17-18 millions, which is huge