I have long felt that the Paper Mario series is one of the best video games series out there, at least based on its roots, but many - especially those outside of the Nintendo family - probably have no idea why it's talked about quite so much. The idea behind this five-part analysis of every Paper Mario game currently available is to work through each game quickly sifting through the pros and cons of each title for fans and non-fans alike.

First up is Paper Mario: Color Splash, and if you love this game then prepare to weep; your tears will fuel my ever-growing linguistic might! That's because Color Splash is, without a doubt, a prime example of Nintendo sacrificing what fans want for the sake of innovation. Instead of returning to the roots of what made the series great, Nintendo continued a sub-par pattern that had been established in Paper Mario: Sticker Star. 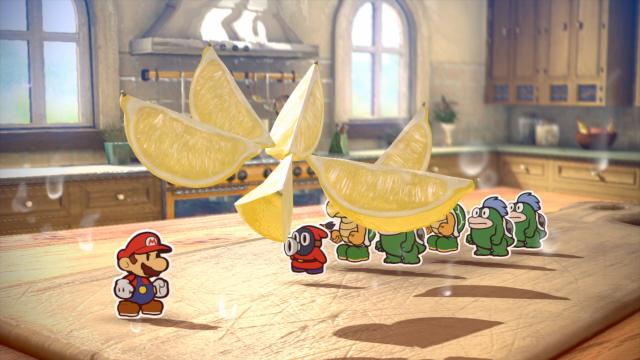 Centered on collecting stickers/cards, Color Splash is, unfortunately, bland. While past games featured numerous different cultures and races, with levels based on wonderfully imagined and unique aesthetics, Color Splash continues where Sticker Star left off - with toads everywhere. And I mean that. They are literally everywhere. If you read up on the developer team's justification for this, it's utter nonsense. They wanted it to 'feel' like a Mario game, which ignores all the different and wonderful species/creatures from the original three games and from the multitude of other Mario titles as if they aren’t canon.

It felt like the Star Wars expanded universe being retconned all over again. Are you telling me Rawk Hawk doesn’t exist, or Dimentio, or Count Bleck, or the dozens of other crucial characters from the first three titles? I tolerate minimalism in the real world (though it isn’t my cup of tea). I cannot tolerate it infiltrating a game series I love above any other. 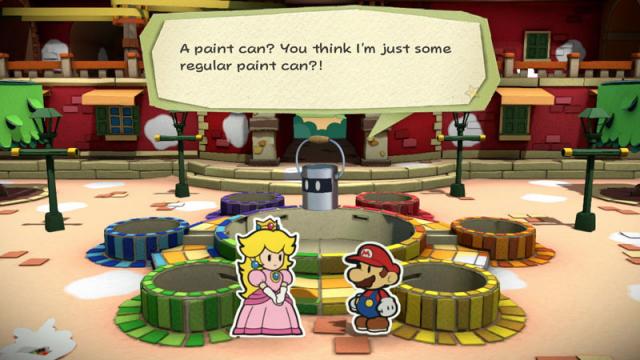 Another flaw is the sticker collection. Before important battles, this can be a nightmare. If you don’t want to obsess over a simplified game akin to Roshambo (rock, paper, scissors), then you can look up how to get through it online to unlock thousands of gold coins and then just buy all the cards you need. Sadly for me, I played it before there were any guides out there.

I imagine the majority of the lowly 860,000 people that bought this game at retail (the worst sales in the series) were in the same boat as me, which meant they had to do something that's incredibly rare for a Nintendo game: grind. “Am I suddenly in an MMO,” I wondered to myself, “surrounded by ore nodes I have to mine in order to build some amazing thing?”. Paper Mario is supposed to be fun, with the ability to beat the game if you obtain the limited skill set required (in general) and learn certain patterns. Now, all of a sudden, you had to farm for huge stickers for hours on end in order to progress. Who thought that was a good game design? 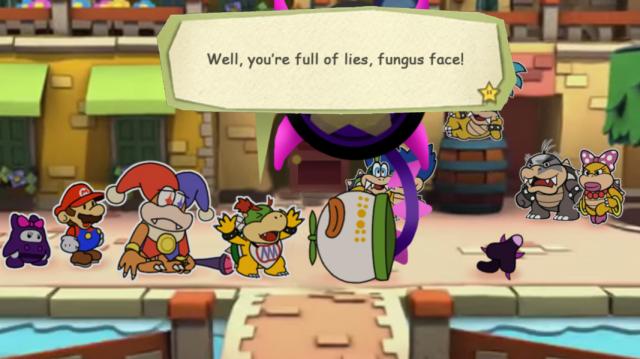 On top of that, in Color Splash had Nintendo decided to make two games in a row that employed the same design. The previous title - Sticker Star - actually sold the second most in the series, so an argument could be made that people didn't mind the new system at all. On the other hand Super Paper Mario sold the most out of any title and that had taken a completely different approach.

When it comes to sales it's probably more useful to look at physical attach ratios, which roughly work out as follows:

Those results are both great and horrible at the same time. What in my view is the best game in the series, Paper Mario: The Thousand Year Door, had the highest attachment ratio of any of entry. But the second best was actually Color Splash and if Nintendo decides to look at just attachment ratios, we may never see the franchise return to what many of us want (a more traditional Paper Mario game).

Color Splash could, however, be considered a bit of an outlier when it comes to attachment ratio because people were starving for a game on a system that was woefully unsupported. That's purely speculation and I could be wrong, but either way it sold less than a million at retail, which is definitely lacklustre.

There aren't many positives, but the game is undoubtedly gorgeous and the opening CGI is absolutely stunning. The 'thing' items, like those in Sticker Star, also produce some laughter in the middle of fights or in overcoming obstacles. It's a light-hearted game with a fun sense of humour. 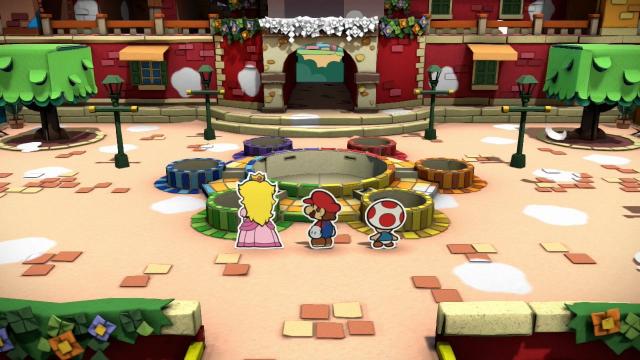 The idea of paint being stolen is also quirky because it feels like the game is breaking the fourth wall (after all, can a 2D object really look at other 2D objects and determine their color, or is Mario only aware of this is for the player's benefit?).

After that, however, it feels like scraping the barrel or plucking at straws trying to come up with positives. And so...

Color Splash is definitely the worst entry in the series as far as I'm concerned. It's essentially a visually more impressive version of Sticker Star but with an almost entirely unoriginal concept. I am just hoping its poor sales are either blamed on the still-born platform it released on, or (hopefully) on the series' recent direction. If it's the latter then there's hope that this will either lead to a return to the franchise's roots or a reboot. Either way, I hope this entry doesn't stain the series permanently.

I do feel like you and I had a complete different take on this one. Which ain't bad mind you, but you can't truly call this an analysis when this article was written more in the ways of a blog.

He (and I, when he asked for advice) struggled with what to call it to be honest. It's sort of a ranking article series, but also kind of isn't. And I get your point that it's also not really an analysis. But yeah, not sure what else we'd call them.

If this game is not up to par with the best of Paper Marios, fans should be heard loud and clear that they're unhappy. Nintendo needs a firm kick in the ass from time to time.

I didn't play it.

Nice analysis. I generally liked the game. I enjoyed the funny dialogues and the quirkyness a lot. What bored me was the one single music track during battles, I begged for a little more variety. And the never ending rock paper scissors games. The horrors!

Thank you! I've told people before, it isn't a bad game, it's just a bad Paper Mario game. It was funny and quirky, but also was repetitive in ways I didn't enjoy. I really hope they don't make another collectathon in the future and return to the more core RPG roots of the first two. Heck, I'd even take a Super Paper Mario 2 over a third Sticker Star.

Another Super Paper Mario would be great. IMO, that was the best game of the series. 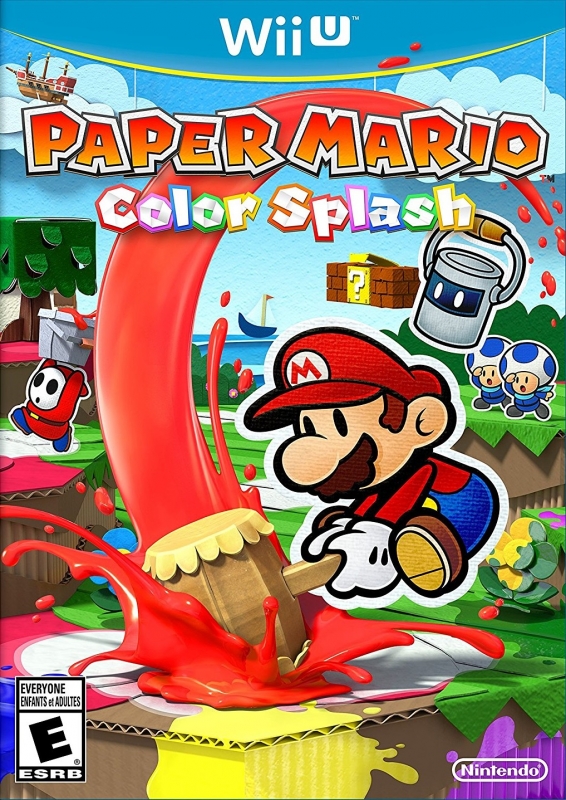 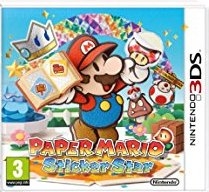 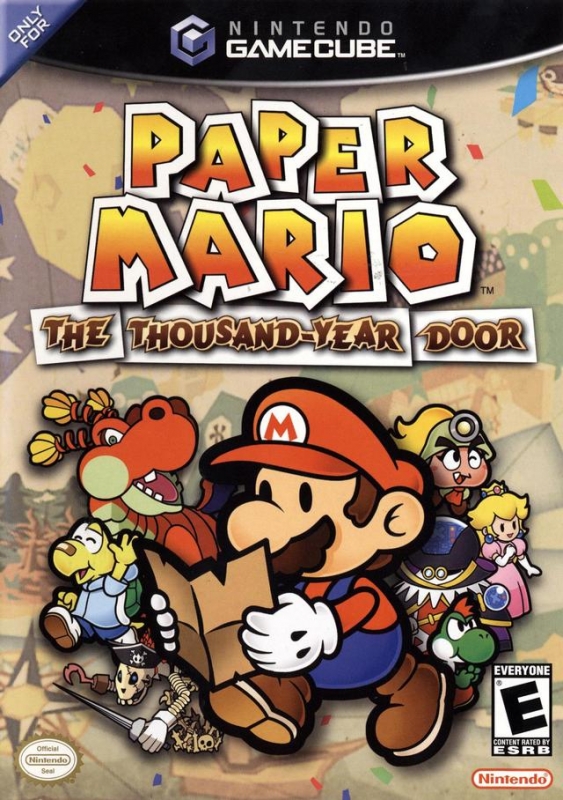 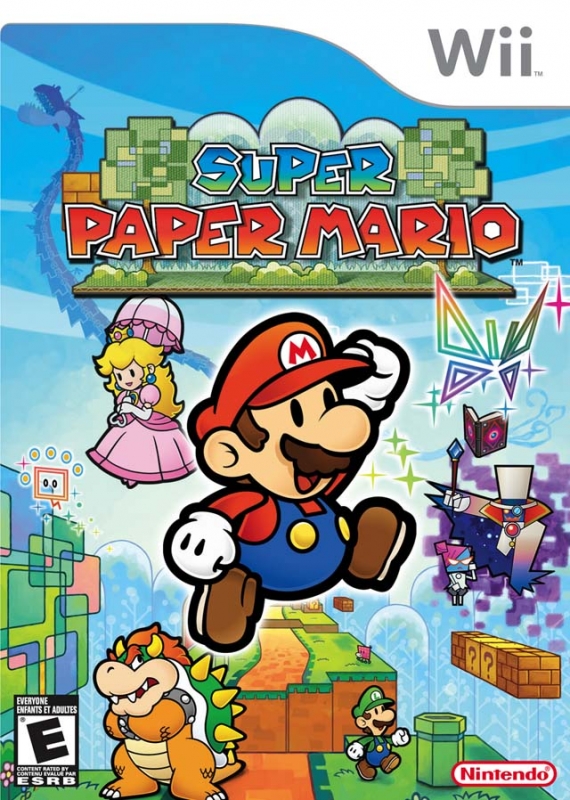