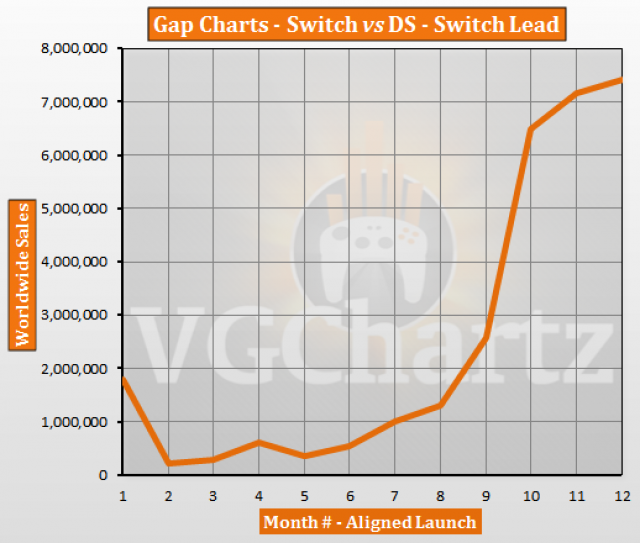 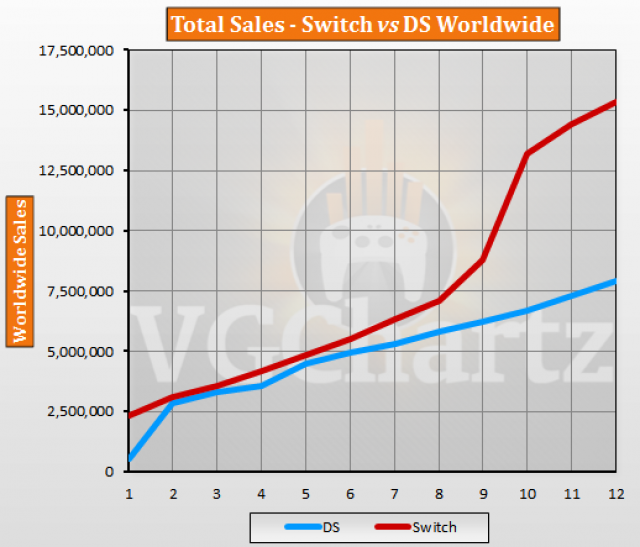 February 2018 is the 12th month that the Nintendo Switch has been available for. During the latest month the gap grew in favor of the Switch by 243,975 units when compared to the DS during the same timeframe. The Switch is currently ahead of the DS by 7.41 million units.

Nice lead, but to be fair the DS is like the biggest sales Slowpoke of all-time. The comparison will be much more interesting in the coming years :D

The Switch had better enjoy that lead. Soon, the DS will devour everything in its path.

Wow! What a lead!

When is Switch lite?

Should I say it?

Odd hardware comparison. How about 3DS since that's the most recent?

I think they do both.

DS sold far more than 3DS, and both handhelds had a slow start before picking up.

hahahaha, you are so funny