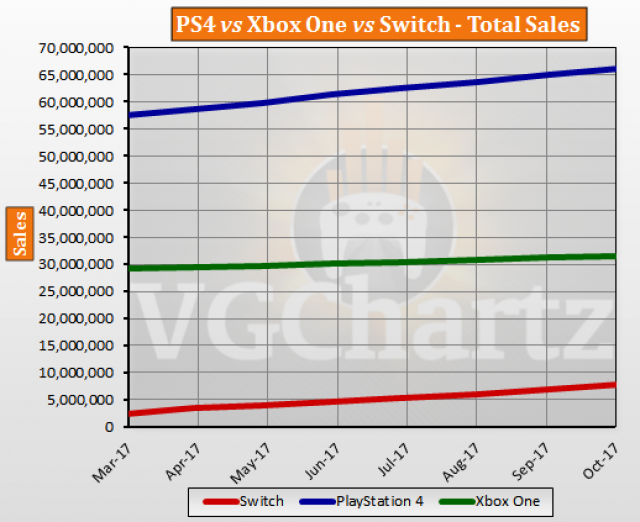 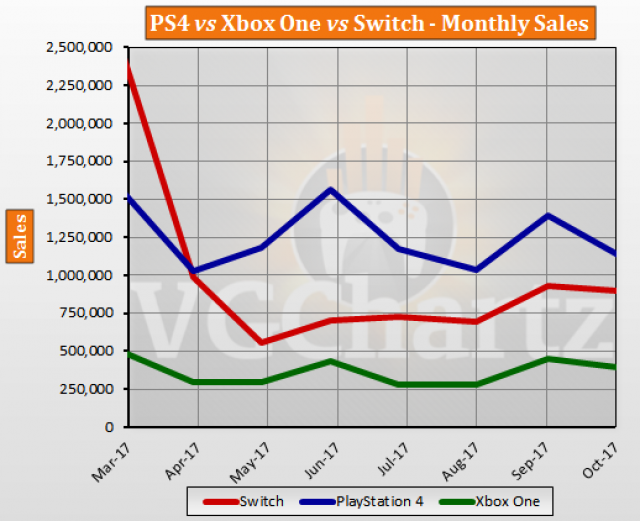 Taking a look at the marketshare, the PlayStation 4 managed to achieve 47 percent. The Switch accounted for 37 percent of the consoles sold, and the Xbox One 16 percent.

PS4 is still selling like hot cakes. Switch doing really great too. Xbox has flatlined, I still don't XBX will do anything either.

I certainly think the release of the X has invigorated the fanbase and will attract new players to the ecosystem. Sales will start to pick up as 2018 will have more games than 2017. From articles and comments around the internet, it seems MS is being forced to acknowledge that the software lineup needs to be increased and diversified.

So this month PS4 YTD YOY growth have dropped some.