The side-scrolling action adventure game from Nintendo - Metroid: Samus Returns - sold 185,228 units first week at retail, according to our estimates. First week sales can be viewed on the VGChartz Global Weekly Chart for the week ending September 16. 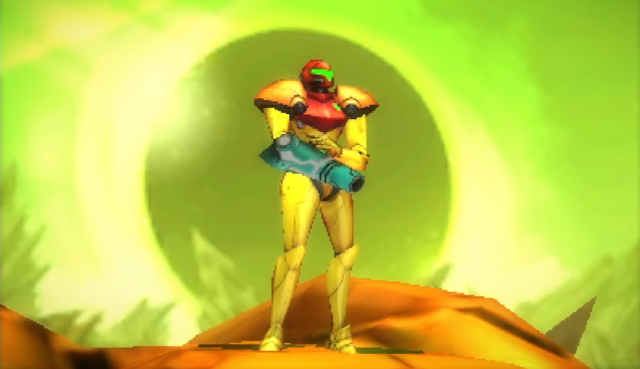 Not too shabby I think. Hope it at least reach a million. Great game.

Is it just me or were we all expecting bigger numbers from a console that has an install base of +66M? I just thought there were so many fans wanting more Metroid but I guess some barked louder than their bite? That, or I'm just not really familiar with the Metroid fan base of how little they are?

Those numbers seem very low for the install base. I know Metroid is more niche than other nintendo properties but damn. The people begging for a new metroid are just a very loud minority, I guess.

The numbers aren't great, but they aren't horrible either. Metroid isn't a big franchise, and the 3DS is slowly dying.

2 days in the market

The numbers are a little on the low side for sure but it's worth noting that Metroid doesn't do so well in Japan historically. The game should easily pass the 1 million mark IMO but yes you're right Metroid isn't up there with the big Nintendo franchises....

It'll be interesting to see where this goes in the next few weeks.

I think a lot of people like myself already moved on to the switch. I'm a big Metroid fan but after getting a switch I just cant play anymore on the 3DS. Plus I prefer Metroid Prime series.

This is a remake, not a brand new game. It had a low budget and was mostly developed outside of Nintendo. I had almost ZERO expectations of it selling well.

Prime 4, on the hand, had better sell like gangbusters.

@Areym A remake of a 2D Metroid released on a dying console when everybody is focusing on the Switch is not exactly the best way to evaluate how big the Metroid fanbase is, don't you think? Specially after only 2 days in the market, Metroid Prime 4 on the other side will be a way better way to see this. I doubt it sells less than 3 milions.

These are good numbers. Doesn't include digital. Many 3ds owners such as myself have kind of moved on from the 3ds. I didn't buy the game because I'm just done with 3ds but am looking forward to Metroid on Switch. It will do a lot better there.

Could still hit 1 million. It still has a holiday boost at least so hopefully itll have decent legs

185k in 2 days is not bad for a 2D Metroid game specially since 3DS is now slowly dying, now let's see if it has legs.

Not bad, but not good either. I think it’ll leg itself to 500k, at least, but hopefully it has better legs than that. Too soon to tell one way or the other for now.

Hope it manages to sell 1M LT although it'll be pretty hard with this first week...

Zelda tri-force heroes had a very similar opening (a bit lower) and it managed to do 1.25m at the end.

@Goodnightmoon I didn't even know that it sold that well, how come the sales rose that much a weeks after the release ?

185,000 sounds pretty poor, considering all the rage gamers gave Nintendo about the previous Metroid game on Nintendo 3DS. I get the impression Metroid games don't have much 'legs' either so I dont think it will sell too much past its first week so I think Nintendo will be disappointed with the sales personally.

It seems pretty much all the Nintendo 3DS games released in 2017 have sold poorly, meaning even with a install base of over 60 million, it seems the majority of Nintendo 3DS owners have moved on.

It was an error to release this kind of game on 3DS rather than on switch at this stage.

Dude, 185k in 2 days for a niche franchise isn't that bad at all

Metroid games seem to only have about 20% of sales on their firsst week, so this should sell in the 0.8 to 1.2 million range.

Not too bad with the 3ds in its final year.

I don't think it's time to panic just yet. 185,000 is a solid opening. Not great, but not terrible either.
And keep in mind that this game (Samus Returns/Zero Mission) is a remake (Metroid 2/Metroid 1) releasing on a system (3DS/GBA) who's successor is already out (Switch/DS).

Zero Mission did 840k lifetime on the GBA, so if Samus Returns can at least match that mark, I'd say Metroid is just fine.

I agree with everything you said except for one point. The DS actually launched more than 9 months after Zero Mission and wasn't officially announced until E3 2004 so that probably resulted in higher sales. Also the GBA was less than 3 years old at that point and was much younger in its life cycle considering that it wasn't actually discontinued until 2010.

Okay sales for 3DS game and being a Metroid game. Prime 4 is going to have to much better if else Metroid might go back into the fridge. Hope for the best.
It's a great game in any case.

Gonna be on the Amazon Wishlist for a lot of oldtimer nerds come Christmas, so I'm sure it'll keep selling.

Thats a shame that it didnt sell better, though the digital could have been good.I feel that this game suffered from not releasing on the Switch/ releasing after the Switch launch.

500,000 maybe within reach life time, players are just now hyped by Metroid, though it's a great series and among the best Nintendo can offer

I love Metroid, but only the Prime series. I'm sick of 2D. Prime 4 should do much better.

Clarification. I’m not saying 2D Metroid sucks and I’m not saying this game sucks, I’m just saying I’m sick of 2D games in general. There’s so many of them. I do plan to get this eventually, but not until it’s cheaper.

Prime 4 should do better for 2 reasons. It’s on the Switch, and so far the attach rate on the Switch is incredibly high, especially for first party titles. And well, people have been asking for Prime 4 for a long time.

It will never be cheaper than it is now

You were honestly expecting a different outcome?