It’s been three long years since we first caught a glimpse of the absolutely gorgeous Cuphead, and in that time speculation regarding a release date has been constant. Well, Cuphead is finally here, and it seems that all that extra time in development was worth it and then some.

What makes Cuphead stand out from the rest of the industry's offerings at present is, of course, its splendid art style. It was what brought the game to everybody's attention in the first place and it really is a pleasure to behold; a spectacle that never once dulled throughout the 10 or so hours it took me to beat the game. 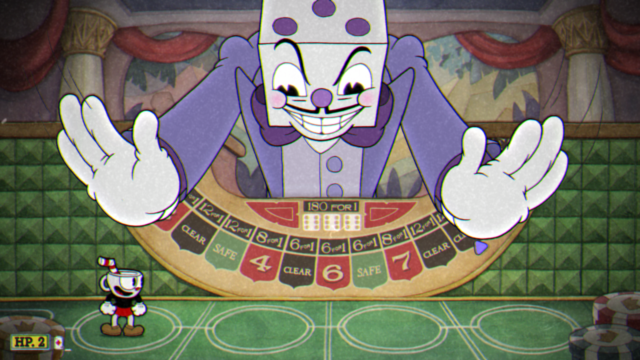 From start to finish, every background, enemy, NPC, and even simple objects such as trees are so lovingly drawn and animated in that instantly recognisable retro 1930s cartoon style that you’d be hard pressed to find any flaws in the way Cuphead presents itself. A considerable amount of time and effort has clearly been put into the design of the various bosses, the pop culture nods, and even the subtle little mannerisms of Cuphead and Mugman are a delight to behold. It cannot be understated how incredible Cuphead's aesthetics are.

The shaders that have been employed, as well as the soundtrack and sound effects used all contribute to this aesthetic. Throughout the game a faux film reel effect plays, with all the hairs and malfunctions you’d expect from dated film reels. Then there's the music; a fantastic combination of jazz, combined with old techniques for creating sounds, makes the world really feel like a relic of a bygone era. 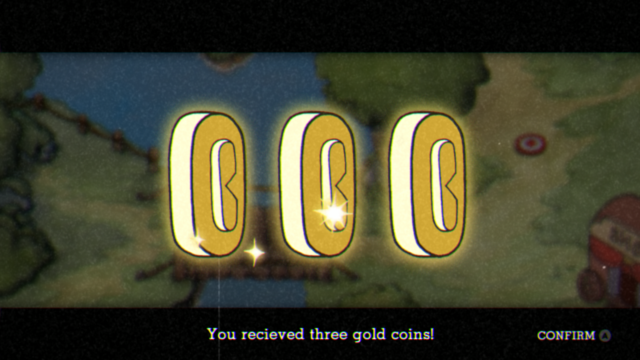 For the most part Cuphead is a boss rush game, although there's a large amount of freedom as to the order you take on the bosses. After a brief introductory cut scene, in which Cuphead and his brother Mugman inadvertently trade their souls to satan, you're free to explore a semi-open overworld. It's here that you're able to pick the next level or boss you want to take on, much as you do in most Mario platformers, or visit the shop and interact with various NPCs.

The controls are deceptively simple. A allows you to jump (and counter), X to shoot (you can hold it down to constantly shoot), Y to dash, and B to use your special move. You can also use LB to change weapons and RB to stand still and shoot in a specific direction. All of these controls can be remapped, which is something I'd definitely recommend doing, because, at least for me, having the dash button mapped to Y is counter-intuitive. 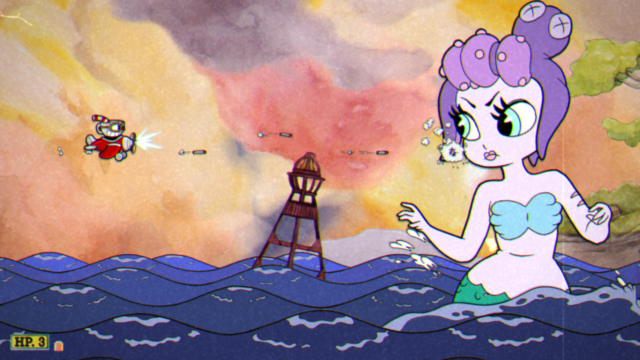 I say deceptively simple because my god is the game unforgiving. Each boss fight is an example of trial and error personified and consists of multiple stages or phases, each more unforgiving than the last. Learning how to overcome each phase and then putting that knowledge into practice is key to defeating the increasingly difficult bosses, and so it's only through perseverance that you'll defeat them, but when you do the feelings of joy and relief are almost unparalleled in gaming.

Cuphead has at his disposal a fairly wide variety of weapons/weapon mods to aid him in his task. Weapon modifications range from homing fire, to shots that are less frequent but deal more damage, and each has its own pros and cons. I generally tended to lean towards a boomerang shot, which deals more damage but forces you to shoot in the opposite direction to the boss/enemies as it swoops back and hits them. Special abilities can also be purchased and then unlocked, and these range from attacks that deal greater damage to bosses, to a shield-style form of temporary invulnerability. 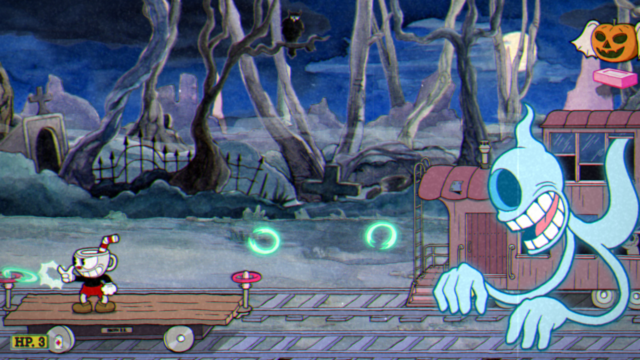 For all the talk about Cuphead being hard, however, I think it's actually more accurate to call it unforgiving. Hard games are often frustrating because they're hard by virtue of the fact that an enemy has too much health, or you have too little, or the odds are simply stacked against you. That's not really where Cuphead's challenge comes from - you have at your disposal everything you need to survive and succeed, it's only through your own mistakes or poor reactions that you'll die.

That being said, should you feel a boss fight is a little too hard you can lower the difficulty, although doing so will mean you won’t be able to progress the campaign - it’s only by defeating bosses normally that you actually obtain the contract for their souls, which is what you'll need in order to take on the devil in the final showdown. 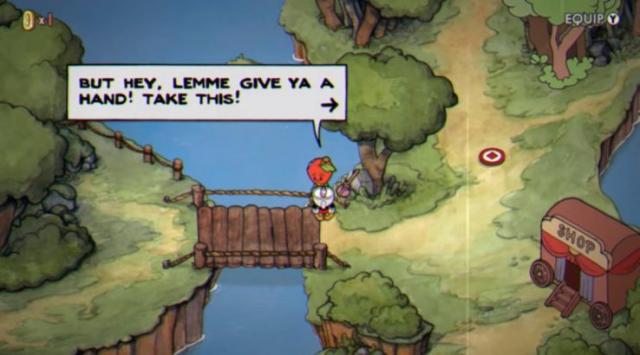 If Cuphead has one key negative, for me it's replayability (or lack thereof). You can of course replay the bosses and try for better scores, but in reality Cuphead has little to offer once completed the first time. After that you'll find that the bosses are much more easily dealt with because you're familiar with their attack patterns and phases.

There are also a few bugs as well. Playing on the Xbox One S, I occasionally encountered frame drops, resulting in Cuphead getting hit by enemies due to my inability to dodge. A couple of times I also had bosses glitch out, resulting in an anti-climactic early win, or just not being able to attack them. These hiccups are infrequent, but they are (at the time of publication) definitely present, so hopefully a patch is in the works. 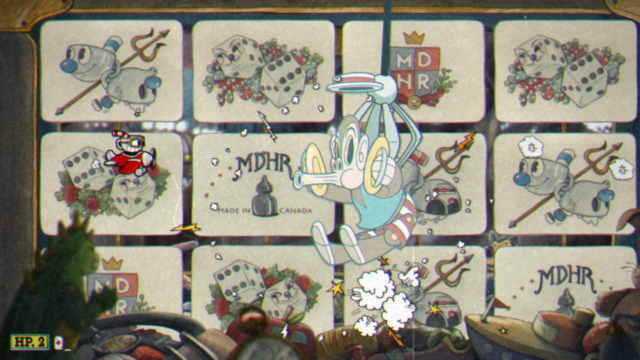 Cuphead is a marvel of the indie revolution. With an aesthetic which I hope and expect will be timeless, and a gameplay loop that's incredibly addictive and rewarding, Cuphead is justifiably the talk of the industry right now. If you need proof that the gaming medium is moving forwards and not stagnating, Cuphead is it. Show your friends, show your family, and most of all, see Cuphead through to the end; you won’t be disappointed.

AMAZING game. One of my all time favs.

MS' indies have been dominating this gen.