I think it goes without saying, but the Sonic of recent years has turned into a hollow shell of what he once was. This is unsurprising, if not unexpected; Sonic was a product of the 2D mascot era and has been struggling find its feet in the modern gaming world.

Don’t get me wrong, I don’t mind and in some cases actively enjoy a variety of the recent Sonic titles, but they definitely don’t scratch the same itch that Sonic once did. Sonic Mania thankfully manages to rejuvenate the down-trodden 90s mascot and brings him back with an absolute splash, delivering one of the most nostalgic and fantastically refreshing experiences of the last few years. 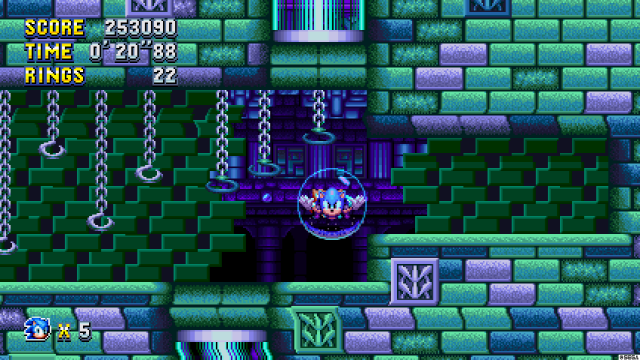 Sonic Mania begins with a short intro in which a machine digs up a crystal that can seemingly control time and space. It then teleports Sonic & co to the first gameplay stage, which is of course the Green Hill Zone. From here you make your way through an eerily familiar setting, with elements of Green Hill Zone from Sonic the Hedgehog 1, 2 and 3 all being mashed together to create something that's both new but at the same time incredibly nostalgic. The improved music, sprites, and crisp presentation all help to trick you into thinking this is exactly what you played 20 years ago, but it’s all a (welcome) trick.

Every stage follows this same formula: you're first introduced to familiar elements from a zone you recall from years past, but then as the stage goes on you increasingly begin to notice new and strange elements that you've never encountered before. Make your way to act two of each zone and everything becomes fully remixed, with Christian Whitehead and co creating their very own take on an otherwise classic environment. In the chemical plant zone, for example, act two injects different coloured goo into liquids, making them more or less bouncy. 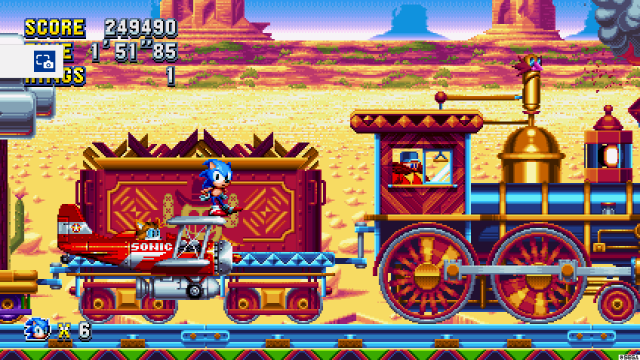 This formula of playing up to your nostalgia while at the same time mixing in new elements makes for an addictive gaming experience, but carries on into other aspects of the game too. The music in the first act of each zone, for example, will sound very familiar, albeit with the soundtrack modernised by the use of real instruments. It makes for a lovely audio experience, but things really step up a notch in act two, where the development team decided to add their own unique take to the score for each zone. The two approaches combine to create one of the best soundtracks I’ve heard in years.

The sheer size of stages is also admirable throughout. For a game that's all about speed, I found myself consistently slowing down in order to actually explore the stages to their fullest. Secret areas are also rarely found unless you go out of your way to look for them, and even then can be difficult to locate in some instances, but they're absolute joy to behold once you actually find the secret entrance. 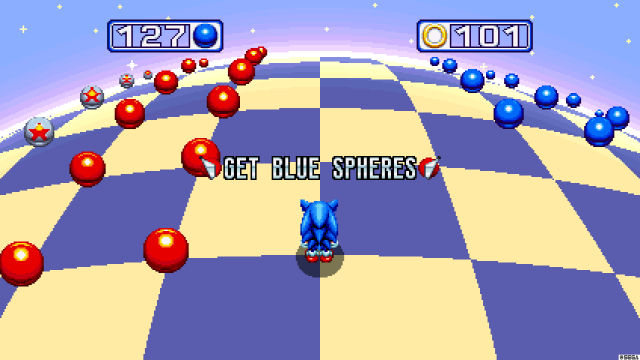 Speaking of secret stages, it’s certainly nice to get something new on this front in Sonic Mania. To gain a chaos emerald you must navigate a race track in full 3D, with Sonic’s 3D avatar being a throwback to the Sega Mega Drive/PS1 era. Gaining speed all the time, you must catch up to the UFO holding the chaos emerald, while at the same time gathering rings in order to keep the stage going and avoiding traps. It’s nifty, and hard at times, but these special stages are easily better than the blue sphere ones from past titles.

Not that the blue sphere special stages have gone anywhere. In Sonic Mania, anytime you have over 30 rings and pass a checkpoint, a blue stage's special stage will unlock, allowing you to try and finish it in order to acquire a special token. While these tokens don’t do anything in game itself, if you grab enough of them you’ll unlock some secrets in the main menu. Just be warned: there are a lot of different and unique stages, so if you intend to 100% the game you'll be playing for quite a while. 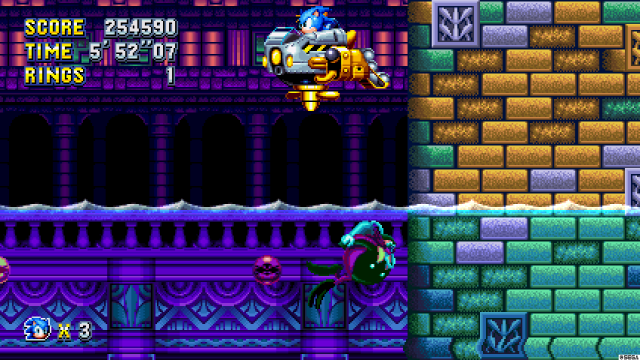 Boss fights have also been overhauled, with each area having boss fights that excel both in the graphics and gameplay departments. These vary from Dr. Robotnik's minions having special powers, to the bad man himself taking you on in new and wonderful ways. One stage even has you taking down Robotnik using a machine of his own devising, all while he’s swimming underneath. The variety of boss fights on display here is staggering, and certainly helps to keep the game feeling fresh throughout its 5-6 hour playtime.

Graphically, Sonic Mania also delivers what many old school fans have been clamouring for. Sprites are a-plenty, and the multiple background layers give the world a real sense of depth that's largely been absent from 2D Sonic games. The sprites and animations are so detailed in fact that at times you could be forgiven for thinking they were actually in 3D, especially when Sonic loops into the foreground or background, allowing you to view him from various angles. 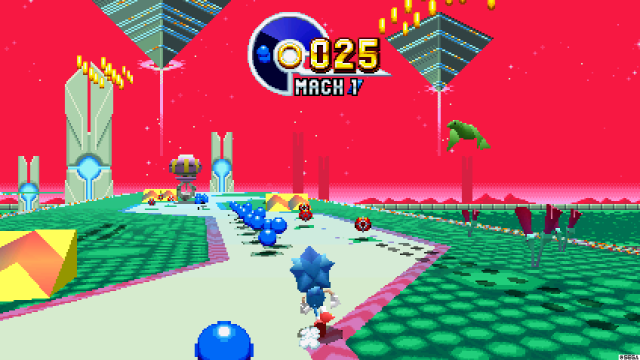 Unfortunately, with it being the year 2017, Sonic Mania does have some issues in the QA department. In some instances, a sound effect would play to show I had gone into a tunnel, only for Sonic to just be standing there, unable to interact with the world, forcing me to restart a level and lose my progress. Another bug had the bonus stage thinking I had died, only for Sonic to continue running around with the timer winding down and the camera drawing out indefinitely.  This, on top of random music crashes, certainly spoiled the experience at times. Considering how rock solid the original series was, this is a real shame, and something I hope the development team intends to fix.

Sonic Mania is a return to form for a once great series of platformers. The bugs and glitches betray its modern gaming background, but otherwise Sonic Mania is an absolute masterclass in how to rejuvenate an iconic series without either straying too far from its roots or essentially repeating a stale and tired formula. If you were a fan of Sonic back in the day, and wish to relive those long-forgotten feelings, you owe it to yourself to play Sonic Mania.

This review is based on a digital copy of Sonic Mania for the PS4, provided by the publisher.

Great game, not quite as good as Sonic 3 & Knuckles but it comes really close.

It seems to be selling well so Mania 2 is pretty much a given at this point.

Looks solid, honestly. I am not the biggest fan of Sonic by any means, but I will get this eventually.

Yeah, I love chasing the UFOs. But the special stages from Sonic 3 have always been an annoying mess. I wish they had used the half pipes from Sonic 2 instead.