The futuristic anti-gravity racing collection game from Sony Interactive Entertainment - WipEout Omega Collection - sold 98,647 units first week at retail on the PlayStation 4, according to our estimates. First week sales can be viewed on the VGChartz Global Weekly Chart for the week ending June 10. 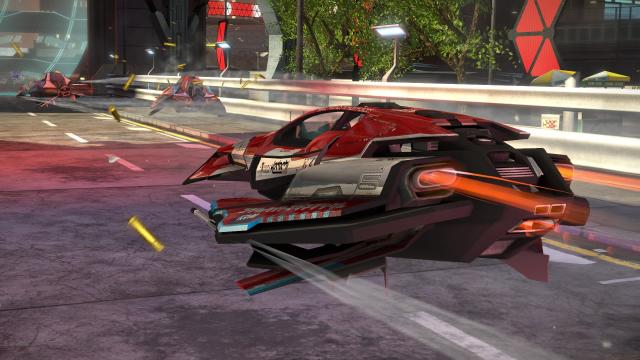 WipEout Omega Collection released for the PlayStation 4, Xbox One and Windows PC worldwide on June 2.

Wowww, so low. But hey, I got the steelbook edition and it's beautiful! Wow, these games just don't sell do they? What a tragedy! It's a work of art.

This is a game with a very high digital attachments ratio. It might even be over a 100k digital, (you even get an extra ship). Fortunately a remaster isn't very expensive so if they can sell 200k digital and 200k physical this project might hit it's break even point. Although I would have like to see it 250k first week.

Well... its a game that had been release on the PS3 (even given for free) and the Vita already. Like... i love wipeout, but i have no reason to buy this. I already bought this game twice (PS3 and Vita).

Yikes, Never really got to play Wipeout on PS2 as I was at college. And did not cross my mind that it might have been on PS3. So I was psyched when I could play this along with Shadow of Colossus finally on PS4, with better game play and controls. So far having a blast with Wipeout.

This seems more like a digital purchase rather than a physical one.

I was a big fan of WipeOut HD on PS3, got it and Fury. But I didn't get this because well. I own HD and Fury. I so wish they did 'upgrade' options. Plus I think digital would be very high on titles like this.

Sadly not a lot, but i will pick it up when its on sale in the PSN-Store !!

Ouch. I use to play the 1st one so much. I guess this is why Nintendo wont release F Zero. Such a small market.

Don't know why you have been downvoted, it is the truth. I love Wipeout and F-Zero but it's obvious futuristic racers are extremely niche. They always were. And it's likely the reason Studio Liverpool was closed down since they weren't persuing other franchises to supplement low Wipeout sales.

I have no idea either haha. Ill upvote your comment for being real. I am hoping for a F Zero release for Switch.