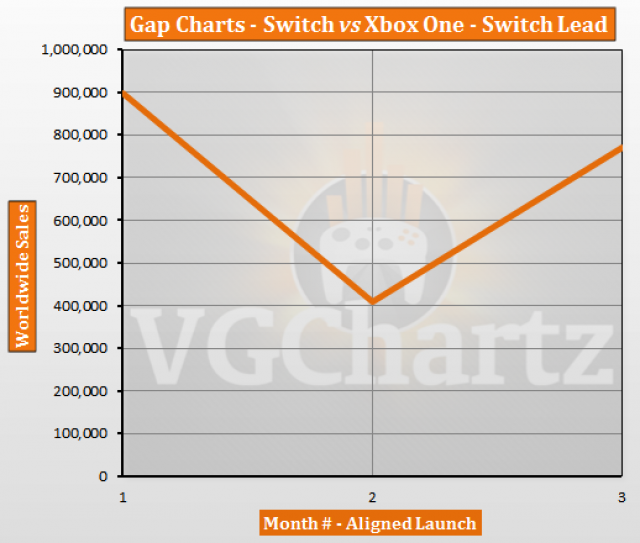 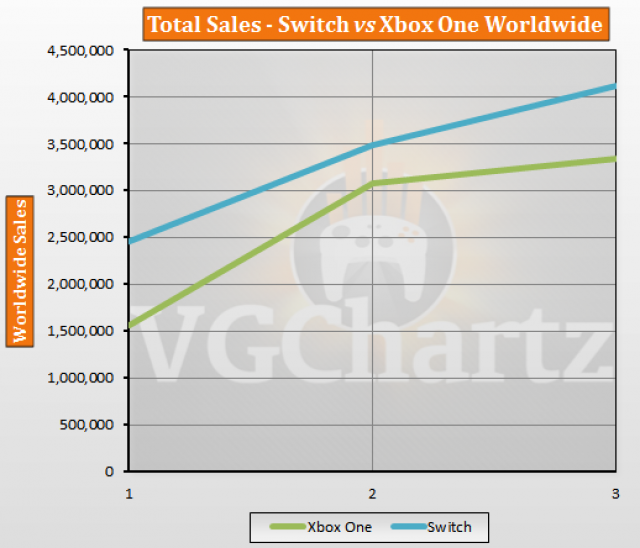 May 2017 is the 3rd month that the Nintendo Switch has been available for. During the latest month the gap grew in favor of the Switch by 361,468 units. The Switch is currently ahead of the Xbox One by 769,502 units.

Wow, this is even more impressive when you think about the supply situation.

(and the fact that XB1 launched during the holidays.

And the release season.

Haha you beat me.

You were close. haha

There are no benefits to launching during the holiday season over launching in March as the Switch did.

Launch is ALWAYS limited by the amount of consoles you can produce in the given time span. Also XBO is missing PAL and JP numbers..... XD, it would be a bit closer, but still.

That being said the Switch is doing very well, and is on track to break 10m it's first year.

Was the xbone selling out in its 3rd month, at least in the states?

I don't think it was even selling out in its first month.

Where I worked at the time, the XBox One was basically in stock the whole holiday season. There may have been some times we ran out, but 9/10 times if you came in you could get one.

That´s impressive, if you take into consideration that XboxOne was launched just before the holiday season

Launching in the holiday season means absolutely nothing when you're limited by the amount of consoles you can make and distribute.