Kena: Bridge Of Spirits Has Free Upgrade from PS4 to PS5

From now on, players that download the free trial can access all of the content in the base game without time clocking against them. Instead the new trial will cap the player's level at 35; to progress further than that, purchasing the game will be required, but players can retain their progress if they so desire. 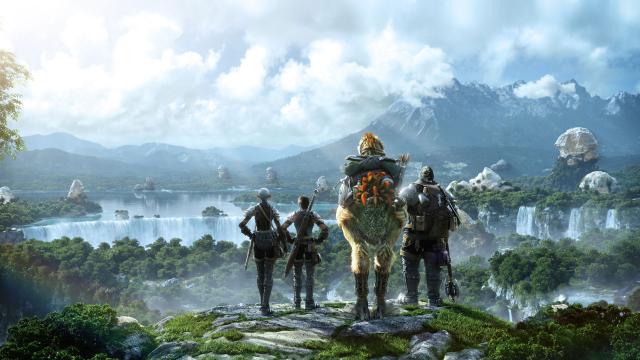 Because the restriction has been removed from every account, this also means that players who have already downloaded the trial can jump back in, even if the timer expired on a previous attempt, and continue their game from where they originally left off.

Several additional restrictions, however, are still in place through the trial version. Nevertheless, it is a good way to motivate players to give it a try at their own pace and see if they like it enough to upgrade afterwards.

For the other password you need to purchase the serial key! Without it you cant log in with your Enix ID.

is it bettar than TERA?

If this were any other year this would be tempting. There are too many amazing games happening in 2017 though.

Wonder if my account still exists from that "free" period before they starting charging again.

I heard it doesn't take that long to make it to level 35. I would love to play games like this, but the time to invest plus an additional fee is too high.

Sounds like you can continue to play after hitting lvl 35 though. It'll just be more difficult. Perhaps having a party of strong friends can carry you through the rest of the game?

Getting to 35 will take you 10-15 hours most likely. Could go slowly if you'd like. It's an MMO with a ton of content.

Ah, it's the PSN version too? Interesting...

What's the game's level cap? So it's basically F2P until 35.

Correction: it's level 60 since Heavensward.

So 35 is still a decent amount of play. Depending on leveling time obviously. Cheers.

Sounds like you can continue to play after hitting lvl 35 though. It'll just be more difficult. Perhaps having a party of strong friends can carry you through the rest of the game?

Maybe. Only one way to know!