Not many games have tried to take on World War I in recent years. Outside of the realm of low-key PC titles like Verdun you have to settle with something like Valiant Hearts if you want to explore the Great War in your video games. Even World War II has gone from being ubiquitous to quite rare thanks to the advent and staying power of modern warfare shooters. EA Dice has thankfully decided that a change of pace and setting is in order, and in turn has delivered one of the most respectful, entertaining, and refreshing FPS titles of recent years. 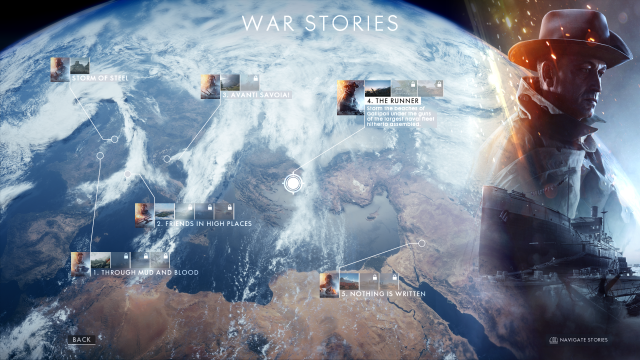 First up the campaign, which tends to be an afterthought for most modern FPS games. From the offset EA Dice makes sure you know this campaign is going to be different, with a mission set in no man's land that you are not expected to survive. In this opening mission you must attempt to hold off wave after wave of German soldiers before eventually being overwhelmed and killed. Upon dying you’re given the name of the soldier you played as, along with their age, before jumping into another solider and carrying on the good fight. This subtle way of showing you that every soldier was both young and considered highly disposable is harrowing when you think about it, and underpins the more serious tone of Battlefield 1.

The rest of the campaign consists of five distinct locales, each played with a different character. Sometimes you’ll play as an Italian who recounts his stories of the war in the Alps, at other times you'll visit the Middle East, where you play as a female soldier under the famous Lawrence of Arabia. I particularly enjoyed my time playing as an Australian who was unhappy to be serving under 'pommies' but who knuckled down and did his job to the best of his ability anyway. The variety of locales is staggering, and for the first time that I'm aware of in a video game really captures the sense that this was indeed a 'world' war. 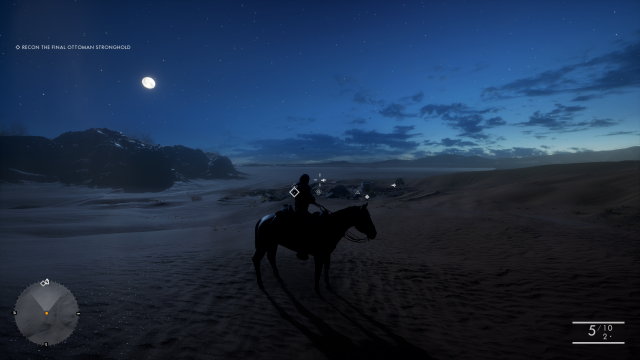 With all that being said, the campaign does have one flaw: its persistence in making hero characters seemingly invincible. Whilst the tone of the world around you feels properly nuanced, the ludicrously absurd predicaments some of your heroes find themselves in are downright laughable. A single man is for some reason able to take on an entire army single-handedly while all his comrades invariably fall to enemy shells, for example. It’s a shame that EA Dice didn’t scale back the 'heroism' for some missions.

Despite these moments of implausibility the campaign generally helps to paint a truly bleak and vivid picture of how it would have felt to have participated in World War I. This is due in large part to Battlefield 1’s and stunning presentational qualities and intense sound design.

Explosions, shells, and all manner of equipment echoes in your head well past the point that you’re done playing game; Battlefield 1 imprints on your mind and is likely to stick with you for quite a while. Every shot from these now archaic weapons feels just right, while the world around you is properly fleshed out and looks like you imagine the early 1900s to really have been like, barbarism and foolhardiness of the war itself and all. It cannot be understated how fantastic the sound design is in this game. In online matches you’ll hear the cracking of a sniper shot some time before you see it hit the floor before you, while every explosion rocks the world, making battles feel incredibly real and intense. 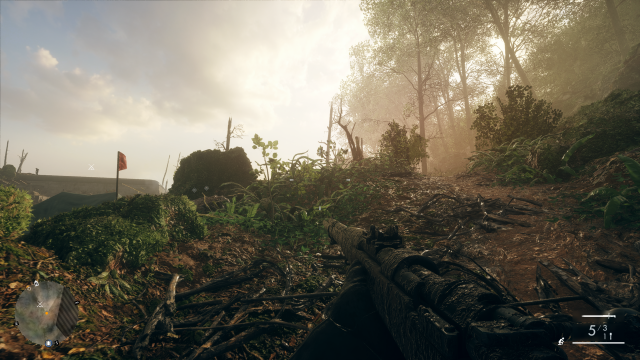 This fantastic sound design is of course backed up by stellar graphics. Impressive amounts of attention to detail - such as the amount of mud on your weapons after a bombardment, or the highly varied architecture and landscapes - create the sense that this is actually a very new era of warfare for video games. Little things like the foliage or smoke, or the way the ground is dented by shell bombardments, make the battlefield feel alive.

All of these highlights have of course made their way into a multiplayer suite filled with new game modes and a level of destructibility not seen since Bad Company 2.

Take Operations, for example. This is a fantastic new mode which adapts the objective-based gameplay from the campaign (as well as the locations) to multiplayer gameplay, forcing dozens of players to push forwards or defend strongholds. At first this doesn’t sound all too different from a standard conquest or rush game mode, but Operations changes things up by giving the losing team a new ultra vehicle to even things out should they start falling too far behind. This means that at times a massive zeppelin will appear which is able to take out most things in the sky, or a massive train tank will lord it over the battlefield with relative ease. It’s fun to be on the team with these behemoths, but just as fun to be on the opposing team gunning to take them down. 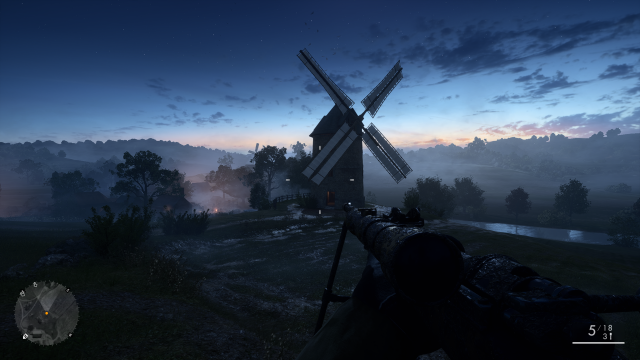 Then there’s the standard Battlefield multiplayer affair, albeit this time with different maps and weapons to account for a different, older era of warfare. The brand new assortment of weapons from World War I makes Battlefield's multiplayer feel more methodical and slower paced. You can still charge across stages, sprayin’ and prayin' until you drop if you're so inclined, but since most weapons are now bolt rifles you're encouraged to properly line up your shots so that you don’t waste any of your precious attempts at killing other players. This change of weaponry and equipment has other ramifications too; a single shot from a lone gunner will sometimes be enough to down you, for example, meaning it’s best to adopt a more strategic approach to battles.

The level of destruction also has significant consequences for multiplayer. You can never feel 100% safe camping in a particular location. There were many times where I would be hiding in a house attempting to capture an objective, only to have the walls around me torn up, revealing my position to enemies all around. This is sure to capture the imagination of many who play, and add plenty of replayability for years to come. 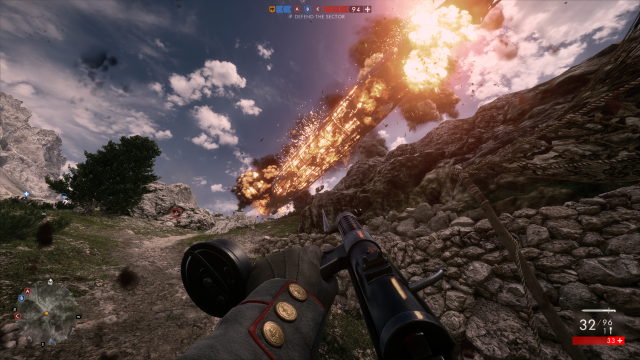 My one niggle with multiplayer? The fact that it disregards the tone of the campaign in favour of fun, fun, fun. The maps feature the same dreary but wonderfully recreated environments found in the campaign, but with people shouting in chat and players being able to pull off crazy stunts like jumping off of zeppelins. In short the gameplay found in multiplayer doesn’t always match up well with the tone adopted elsewhere in Battlefield 1.

Still, Battlefield 1 is definitely one of the best shooters I’ve played in a long time. What many worried would be a simple reskin is so much more than that; this is a very different, slower paced and more serious Battlefield that is genuinely refreshing to play through. This is one of the best Battlefields to have ever graced our consoles and computers, and I for one will be playing it for a long time to come.

This review is based on a digital copy of Battlefield 1 for the PC, provided by the publisher.

BF 1 is perfection. I can't believe how good it is.

Just started the campaign yesterday. The gameplay is amazing, I love the tone of the WW1 setting, and it is stunning to look a

Im really looking forward to see the ps4 vs ps4 pro video's of this game, on PC it does look amazing. Anyway great review and obviously its going to be great wherever you play and the online does sound fun, I will give this a go on PC after reading some of the issues on PS4 from the forums

Hey, I saw this review linked on OpenCritic! Not to be pushy, but if you could give it a score /10, what would it be? I've played about 4 hours online so far and I'm loving it! Agree with many of your points. If I have one gripe it would be how tough it is to navigate the menus sometimes. I want to be able to: edit loadout from the main menu, use Warbonds from the main menu, and be able to leave servers while in between rounds

Hey man, no worries, not pushy at all. We moved away from review scores as they kinda allow people to just ignore what was said in an article and just jump straight to to score, niggling over a point here or there.

That being said! If I genuinely had to give a score, I'd say a 9/10. It's easily one of the best Battlefield's in the series. No game is ever perfect 😉 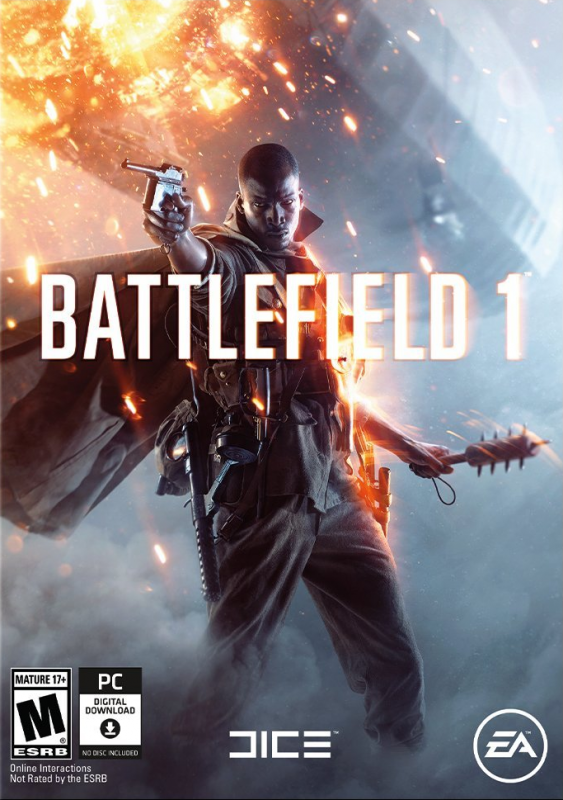 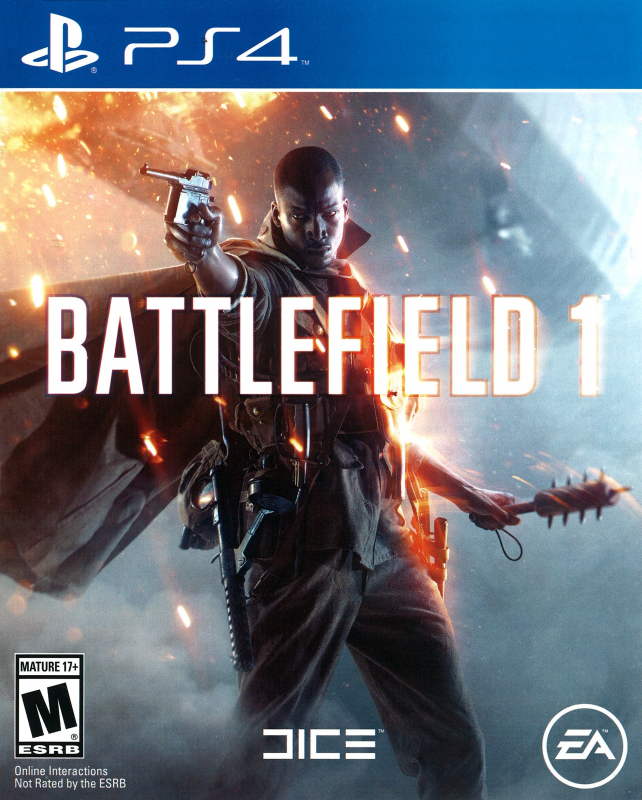 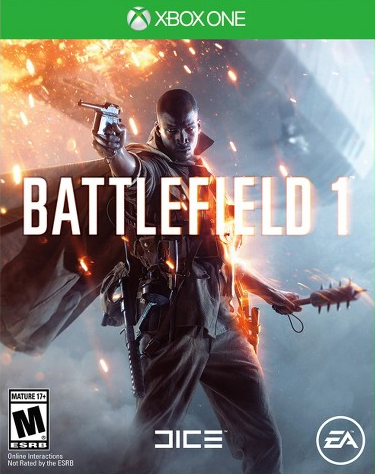