Ever since I first played the demo for Manual Samuel at EGX Rezzed 2016 I’ve been looking forward to its release. Finally, that time has come, with publishers Curve Digital launching the game on PlayStation 4, Xbox One, and Windows PC late last week, and I'm glad to say that the final product is just as unique and enjoyable as the demo I enjoyed so much back in April.

In Manual Samuel you control the titular Samuel in his entirety. You see Samuel has actually been killed by a lorry and made a deal with Death; providing he can successfully manually control every part of his body for 24 hours Death will bring him fully back to life. This apparently simple task is anything but, as Samuel finds himself so busy micro-managing every aspect of his body that even basic tasks become a huge, often hilarious challenge. You control Samuel as he finds himself embroiled in increasingly difficult predicaments, all of which work to his detriment but likely to your own pleasure as you find yourself amused by the ridiculousness of it all. 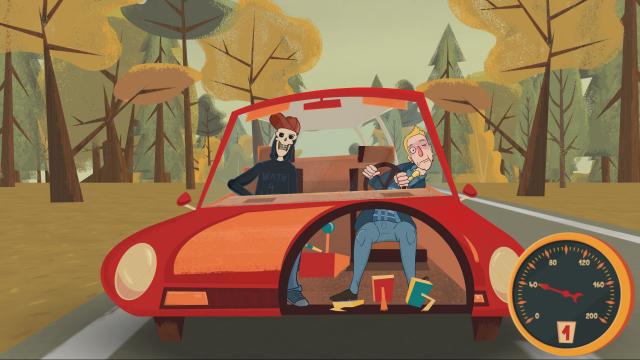 Everything from blinking and breathing (both of which you have to ensure have been dealt with periodically, lest you suffocate or become blind) is done using your controller. In the case of blinking it's done by pressing the A button, while breathing requires you to use the X and B buttons. You’ll also have to eat and drink, walk (the triggers), grab and hold items (RB and LB), and even stand up or sit down manually.

The sheer amount of actions and corresponding controls takes some getting used to, but it’s in the extreme difficulty of multitasking that Manual Samuel becomes weirdly funny. There were times, when playing with friends, where the very act of messing up (whilst, say, walking around and falling down the stairs), causes frustration for the player controlling Samuel but also humour for all involved as his body flails around uncontrollably. 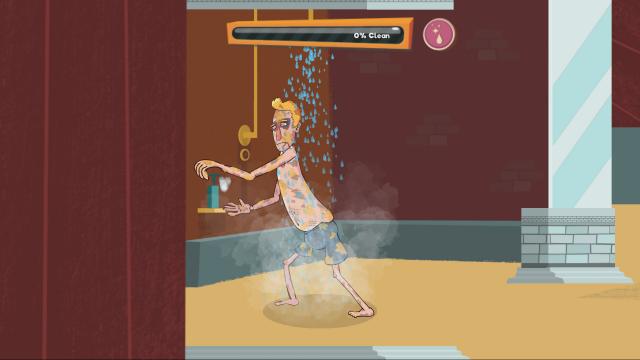 Gameplay shenanigans are only likely to generate a few giggles; it's the narrative, dialogue, and characterisation that makes Manual Samuel a comic gem. Death is a fantastic character that flies in the face of what you’d expect an omnipotent being to be like -  he's a relaxed teenage skateboarder who thinks certain things are hip and cool, and wears nothing but baggy trousers and a hoodie. The narrator, too, is a fully fleshed out character and often adds humour to the proceeds. Indeed, intentionally failing at times in order to trigger some caustic narration is to be encouraged as it results in witty dialogue and funny consequences.

The game's art style is quite simplistic but it's also really fitting, adding to the charm of the characters in a way that most other styles simply wouldn't. Animations are silky smooth and lovingly rendered, so much so that they reminded me of Cartoon Network’s Ed, Edd n Eddy multiple times. The soundtrack isn't quite as charming or fitting - feeling eminently forgettable. 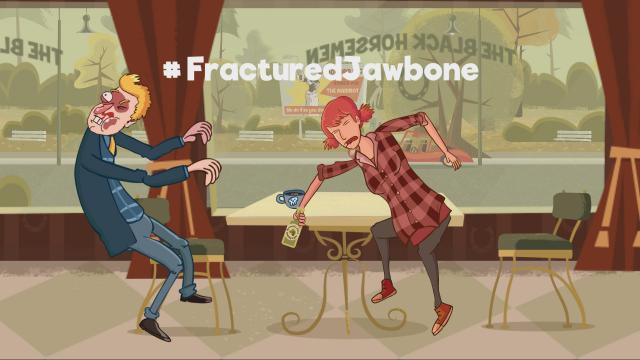 As short as it is - the game takes about 90 minutes to play through once - the development team managed to cram quite a lot of variety into Manual Samuel. You’ll fight demons, drive a manual car, and even control a giant robot. You're also constantly pushed to learn new control methods that you'll no doubt trip over at first.

The second I finished my first playthrough I instantly jumped back in and played co-op with a friend (with the controls for Samuel being split across two controllers). This can naturally result in added frustration, but overall we found it to be an enjoyable challenge that added a new twist to gameplay we'd become quite familiar with by that point.

There are also contextual hashtags that can be found by exploring the environment. These hashtags add to the game's sense of humour by adding a meta-layer to everything you do; one that sometimes breaks the fourth wall. Actions you perform at the start of the game can also have consequences later on, meaning you’ll have to play through a few times to see how each decision plays out. In one example I saw a person open up a coffee shop because I tipped them so much at the start of the game, which was a nice touch. It’s a small point, but one that helped incentivise additional playthroughs.

That 90 minute campaign length will be a deal-breaker for some, but it can easily be stretched out to tens of hours if you thoroughly enjoy the game and wish to unlock everything I've mentioned above. Finally, there are time trials for each stage as well. They're tough, too, and you'll be pushed hard if you want to achieve gold in all of them. 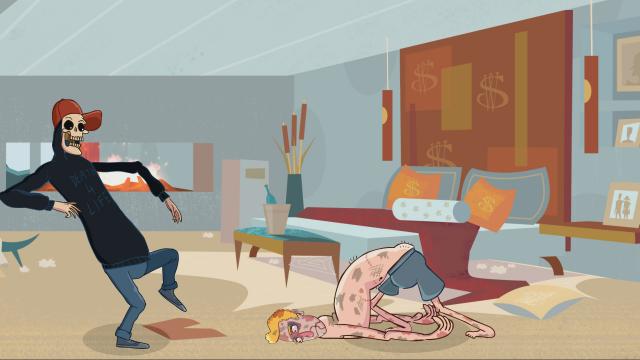 If there’s anything else that really counts against Manual Samuel, it’s that the humour doesn’t really survive multiple playthroughs, which is understandable. The jokes are still amusing but they obviously don't pack the same punch the second time around.

Manual Samuel is an enjoyable and at times downright funny experience. From the humorous characters on display, to the crazy predicaments they find themselves in, and even the convoluted gameplay, Manual Samuel sets out to make sure you have an unusual but highly amusing time, and at that it succeeds every step of the way.

This review is based on a digital copy of Manual Samuel for the XOne, provided by the publisher.