First of all, let's give some credit to id Software and Bethesda. These companies didn't have to open a Doom beta for PC, Xbox One, and PlayStation 4 users. They could just have easily poured ridiculous sums of money into advertisements and pre-order bonuses, and obscured any gameplay warts from public view. That said, Bethesda's transparency may come back to haunt the publisher. If the Doom open beta was meant to be an apéritif to whet gamers' appetites for the main course, it didn't do the trick. If anything, it did the opposite. My appetite for Doom is diminished.

Before we get into the pros and cons of Doom, let's talk numbers. The Doom open beta is open to PC, Xbox One, and PlayStation 4 owners (I played on PlayStation 4). It covers only multiplayer, and includes two maps, two game modes, one playable demon, seven weapons, and a host of armor sets, taunts, and hack modules. It's a modest offering, but it does a serviceable job showing players what to expect from the game's online multiplayer. 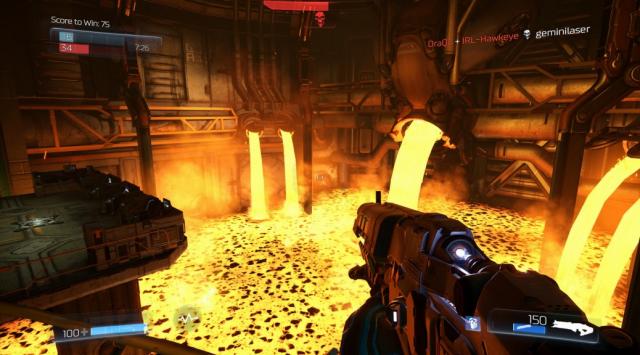 The two modes are Deathmatch and Warpath. Each pits two teams of six against each other. Deathmatch is a timed event where the first team to score 75 kills wins. Warpath, the more interesting of the two, is like King of the Hill with a mobile hill. Players earn points by maintaining control of an outlined zone that moves across the map.

So, how does it play? Well, good and bad. Let's start with the good. Movement. There's a satisfying sense of speed and momentum in Doom's multiplayer. With no regenerating health, few hiding spots, and virtually zero cover, players are encouraged to move around the map early and often. There's also a liberating sense of verticality, thanks to the double jump, vertical map design, and the ability to mantle on to ledges. 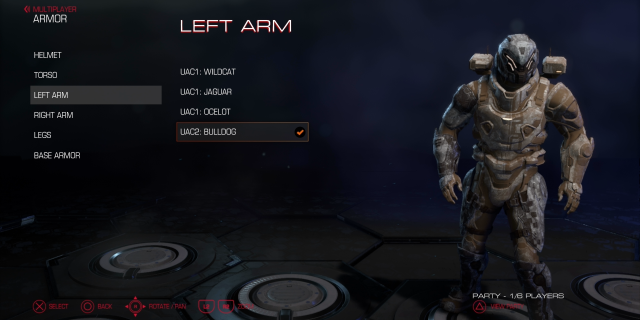 Also good are the game's character and weapon customization options. Players can edit the color, style, pattern, and quality of their armor and weapons. They can even add scratches and dirt to the armor with a slider, to simulate a worn and war-weary soldier. I gave my marine a metallic blue base with faded yellow accents and plenty of battle damage.

The final good thing is playable demons, although this comes with a caveat. In each match, a demon totem spawns in game. Its arrival is heralded by the announcer and its location is shown on your HUD. When a player touches the totem, he or she transforms into a super-powerful demon. Think of the tank from Left 4 Dead, and you get the idea. It's a neat idea in theory, but in practice it tends to disrupt the pacing and balance of multiplayer matches. The solution? Remove the demon from team deathmatch and create a unique "demon mode." 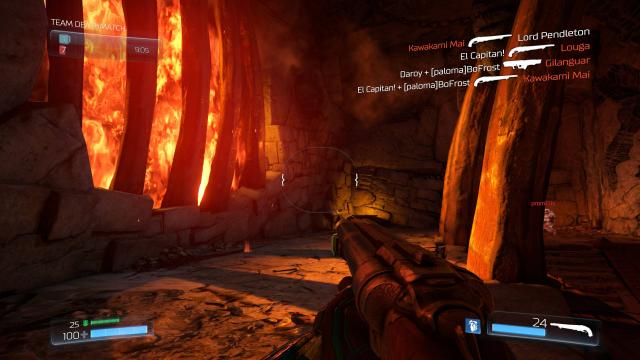 So that's the good. Now, the bad. Loadouts, loadouts, loadouts. Remove these and Doom goes a long way towards fixing its major problems. My humble recommendation: start everyone out with a basic rifle or machine gun, and place the powerful weapons in each map at strategic locations or choke points. This will remedy the next major problem.

Weapon balance. It's all over the place. The rocket launcher, of all things, feels like a pea shooter. The shotgun, conversely, must be packing Kryptonite shells. This issue could be fixed in a patch, sure, but it could also be fixed by removing loadouts. Start all players off with a modestly-powered weapon and place the powerful weapons around the map, with timed respawns. 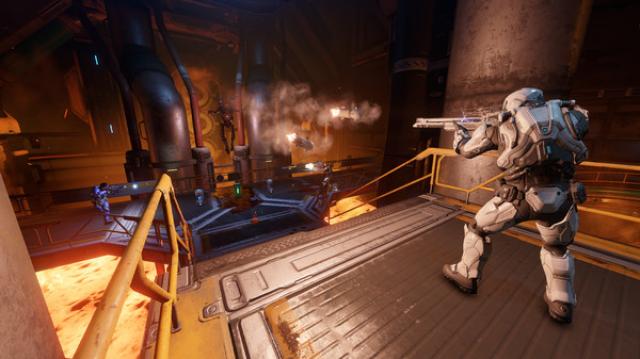 Character progression. After every match my screen is flooded with random unlocks, XP progress, and other superfluous stuff. I get that character progression and loadouts are the style du jour, but there are already so many games on the market that scratch that itch. Doom has an opportunity to be something different.

Hack modules. These are temporary multiplayer boosts similar in style to Titanfall's burn cards. They include bonuses like Vital Signs, which displays enemy heath bars, and Power Seeker, which shows the location of power-ups. Again, I get that this is where the genre is heading, but it seems like a strange addition to a game being billed as an arena shooter. 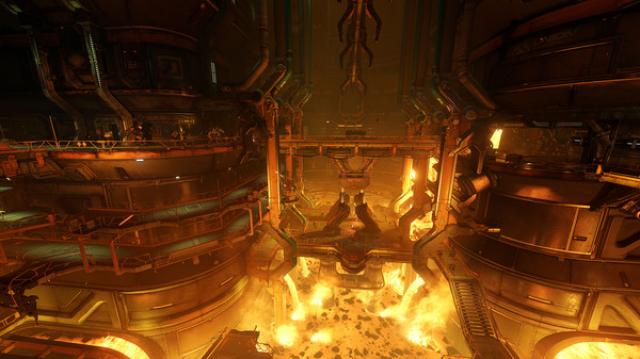 And, finally, taunts. Players can mock other players with custom animations that include Horns Metal, Kiss to Crowd, Wave 1, and Dance 1. Any fans of Carlton from The Fresh Prince of Bel-Air in the audience? Then Dance 1 is for you. At best taunts are unnecessary and distracting. At worst they're cringe-worthy. If you're a fan of taunts, though, good news: id has promised a total of 225.

So, that's my experience with the Doom open beta in a nutshell. My short time with the game was fun enough, but I just can't see myself playing this for months or years, or even weeks. Ironically, the concessions to the Call of Duty generation, ostensibly meant to prolong players' investment in Doom multiplayer, may very well end up cutting its life short.

Lately I've been thinking that this looks nothing like Doom and that barely anyone would care about this game if it didn't have Doom in its name. This preview just confirms my suspicions. (Also, another one I read elsewhere, and my experiences with the alpha earlier this year.)

I grew up playing DOOM as a single player game, the multiplayer doesn't even remind me of how the older titles even played, the pace and setting of this one just puts me off it even further with the saving grace being the campaign, even then I don't see myself wanting to pay £40 for just the typical story alone and an MP side that I;m never going to play.

Loadouts. Yep, i knew it. And also a lot of weapons are missing in the game such as regular shotgun, pistol, minigun, chainsaw and of course brass knuckle. Only 7 weapons in the game officially and that's too limitation for loadouts ALSO they are all completely different, why not just remove loadouts, vortex rifle, lightning gun & static(these weapons are based on Quake 3 Arena) and then add regular shotgun, pistol, minigun, chainsaw and brass knuckle. That's total 9 weapons WITHOUT loadouts, then it'll be just like old school Doom deathmatch everything just fine and well balance. The sad thing is season pass dlc, it's only for multiplayer.. I think i heard you will have one new weapon.

Very disappointed with the direction of the game. I hope single player is good, but I'm hesitant to buy it because so far I've seen a low count of enemies on screen at one time as well as the slow down/pause of enemies attacking you when you switch weapons or perform executions. It just doesn't seem that much like Doom to me because of the lack of strafing. It honestly feels like a bad Halo ripoff (I am a fan of the original DOOM and Halo games). I would rather just play Halo 5 or better yet the first two DOOM games. I actually played with the top player on XBLA for DOOM multiplayer (I guess because it was so dead he was one of the only people online to hold his high schore), but he talked about what the multiplayer meant to him and this game does not represent anything that he valued in a doom multiplayer.

I have never played Doom, but I downloaded this still and it doesn't feel like Doom. The series wasn't about this. I kinda wished for an online co-op pitting players against monsters, upgrading weapons and armor.

I found it bland and boring as hell, but I guess it is a beta.

When a game hits beta, it's usually quite close to completion. I wouldn't expect any drastic changes at this point.