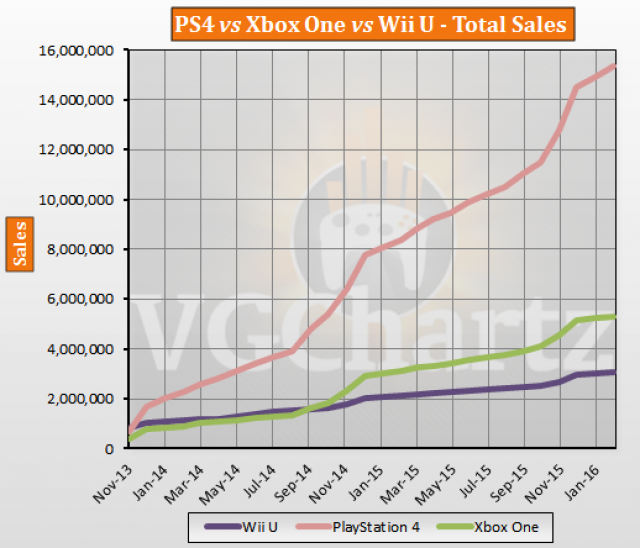 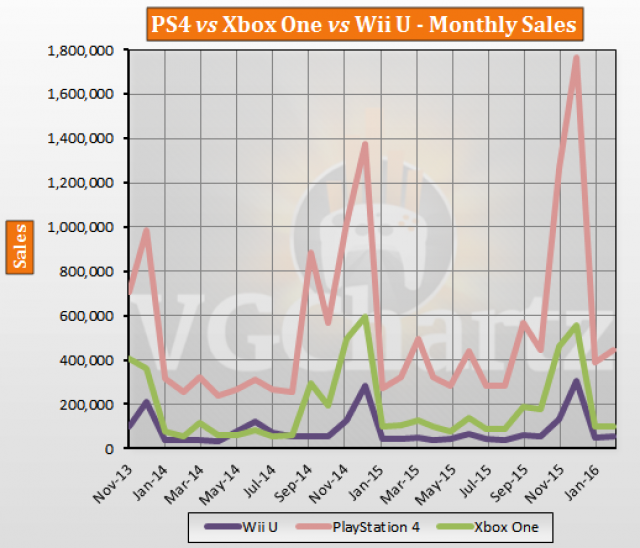 Looking at market share for the month of February, the PlayStation 4 managed to achieve 75 percent. The Xbox One accounted for 17 percent of the consoles sold, and the Wii U a modest eight percent.

Did the PS4 ever so much as lose a single day in Europe. This domination is even beyond the Wii