The Legend of Zelda: Twilight Princess HD is a high-definition remaster of the highly regarded 2006 release for the Nintendo GameCube and Wii. Co-developed by Tantalus Media, with revamped graphics and some added features and functionality, the game is intended to look good and feel fresh. 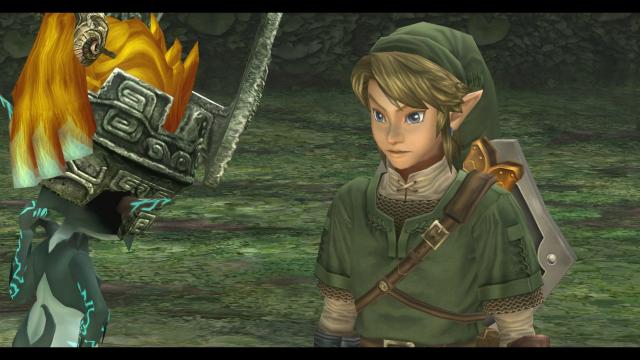 Twilight Princess has, in my view, always featured one of the most compelling Zelda stories. For fear of spoilers for those who have never played through the game, or for those who want their next play through to feel as fresh as possible, I won’t go into details, but in my opinion Twilight Princess is one of the best overall Zelda releases. The game, both in terms of narrative and design, is genuinely interesting and entertaining and my opinion was not changed after revisiting it with this HD remake.

In terms of new content not too much has been added, which proves to be a double-edged sword. The game didn't necessarily lack much to begin with, but it's seems standard now to have some significant extras in remakes and remasters. There are some bonus new features, such as the utilization of the Wii U Gamepad to manage your inventory, or to play the game directly on it, a new Hero Mode, and an extra dungeon that can be unlocked using the Wolf Link Amiibo.

Hero Mode is essentially the hardcore version of the game. Hearts don’t drop, enemies do double damage, and the game world is mirrored as it is in the Wii version, but beyond that nothing has been reworked like you might expect in a Second/Master Quest. I personally would have preferred something more like a Master Quest, but all the same Hero Mode does provide a change of pace and increase in challenge for those who will likely be replaying the game for at least the second time. 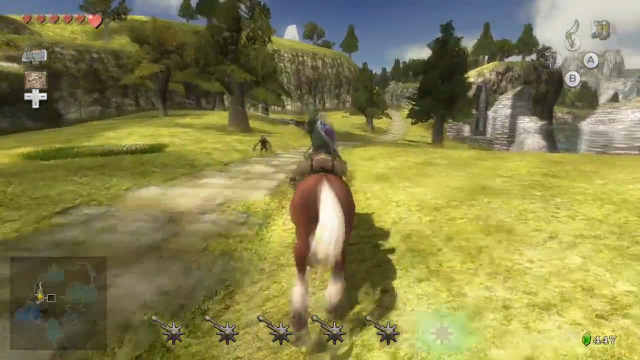 The gameplay translates perfectly to the Wii U and the Wii U Gamepad or Pro Controller feels much more suited to the game than the original Wii remote. Although I was a fan of the Wii I always felt like motion controls were ill-suited to, and detracted from larger, more traditional games like this.

In fact just prior to the announcement of Twilight Princess HD I had actually been seeking a GameCube copy of the game; I wanted to replay it but without being forced to play through with motion controls. One of the advantages and values of this remaster is that, while a GameCube copy might be hard to find, and will probably come at a premium, this version is readily available on store shelves at the standard MSRP. 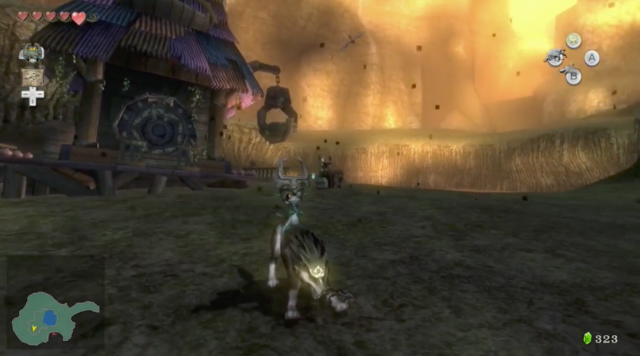 Aside from that, the Wolf Link sections mostly fell flat for me when I first played the game nearly a decade ago. They felt forced into the game, held your hand too much, and failed to add anything satisfying. Those sections failed to accomplish anything that couldn’t have been accomplished equally, if not better, with Link in his normal form and I still feel the same way about them now. Fortunately, there still comes a point where you can change forms as you please.

Graphically, Twilight Princess HD is much improved over its original releases on Gamecube and Wii. However, the enhanced visuals are not as flattering to Twilight Princess as they were to Wind Waker. That’s not surprising when you consider a comment made by Eiji Aonuma in a Wired interview leading up to the release of Wind Waker HD. In it, he stated that they had ran tests with Twilight Princess, Skyward Sword, as well as Wind Waker in HD, but “with Wind Waker, when we converted that to HD we were really surprised at how great it looked.” I agree that the treatment worked better for that title. All the same, Twilight Princess HD is a fine looking game, even if it requires you to look back at the original releases to discard your fuzzy memories and really appreciate just how upgraded the graphics are. The added detail and textures enrich an already wonderfully designed game world. 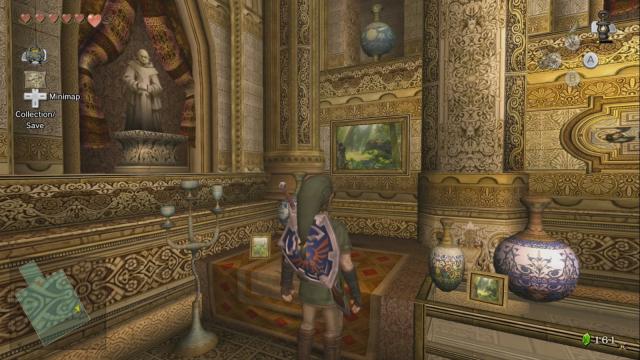 The Legend of Zelda: Twilight Princess HD is a must-play game for fans of the series, or adventure games in general. It has never looked or played finer than it does now on the Wii U. The biggest drawback is the lack of any major new additions, aside from the upgraded graphics. The other changes are fine, but in comparing this package to some other remakes and remasters, it feels a little bit wanting. Still, if you’ve never played the game before, or are overdue experiencing it again, this is undoubtedly the definitive edition of an unquestionably great game.

This review is based on a retail copy of The Legend of Zelda: Twilight Princess HD for the WiiU, provided by the publisher.

Amazing game, great narrative and a very intriguing story. Those trees still look kind of cheap though, but overall it looks much better now. Great review!

Hero Mode makes a good game, an AMAZING game. Do it, play it in Hero Mode! <3

"...the enhanced visuals are not as flattering to Twilight Princess as they were to Wind Waker. " THANK YOU for understanding that Nintendo didn't just skimp on this game versus their work on Wind Waker, which some people seem to think. If anything they had even more work to do on this one--it's the graphical style itself that just doesn't translate as well.

I don't think anyone thought they do as much work as they did in WW, just that they should have done a lot more work with this considering how bad it aged and how the WiiU tech demo did this better.

Thanks for reading. I highly recommend getting this, especially if you've never played it before or haven't played it in a while. I'm now going though it again savoring it more (I try to go through the games as quickly as possible in the interest of getting the review posted asap.)

I hadn't played the game since the Gamecube version. Well, I TRIED to play the Wii version a while later, but never could enjoy the game because of the ridiculous sword motion waggling.

The Wii U version is the definitive version. It doesn't look current gen, but it still looks very good and the atmosphere and exploration are second to none in the series.

It is currently the best looking Zelda game ever made, along with Wind Waker, and I'm having a blast playing it after all these years.

Plus, it has one of the best Hyrule Field theme ever composed.

A no-brainer for any fans of the series.