I was a bit surprised when I originally heard that Capcom would be porting the Resident Evil GameCube remake to modern consoles. As beautiful and gripping as it was 15 years ago, I wasn’t entirely sold on its ability to make such generational leaps, but Capcom released a solid HD port that both featured modern controls and retained the game’s integrity. It came as even more of a surprise to hear that Resident Evil 0 would be getting the same treatment; it was after all a very polarizing title back in its day, despite emphasising survival horror above all else. 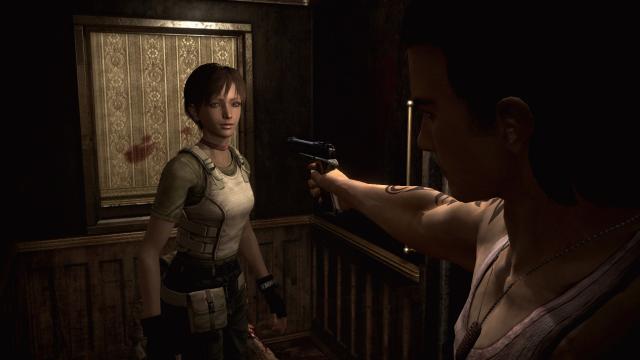 If you’re not familiar with the beginnings of the Resident Evil mythos, then playing Resident Evil 0 will definitely spoil some major events that happen in the first couple of games. However, given that the original is 20 years old, I think it’s safe to say you've had plenty of time to get acquainted with the series' origins.

So, taking on the roles of Rebecca Chambers (a rookie S.T.A.R.S operative assigned to Bravo Team) and Billy Coen (a marine fugitive with a past linked to Umbrella), you'll set out to explore the bizarre events revolving around a seemingly abandoned train. This train, however, is not really abandoned; it is crawling with zombies and other BOWs (Bio-Organic Weapons) and it's on a one way trip to a secret Umbrella facility that oddly resembles a certain mansion that was once the location of Umbrella executive training.

Resident Evil 0 has always been an enjoyably tense entry in the series. It exhibits great pacing and gives significant insight into some of the more convoluted plot points of the series. In particular it adds depth to Albert Wesker’s character and his motives, showing much of his past and involvement with Umbrella without having to go on a retconning spree. While Rebecca and Billy’s trek through the Umbrella-owned facilities is ultimately satisfying, due to the game’s age and just how much the industry has changed in 15 years, it can feel like a bit of a chore. 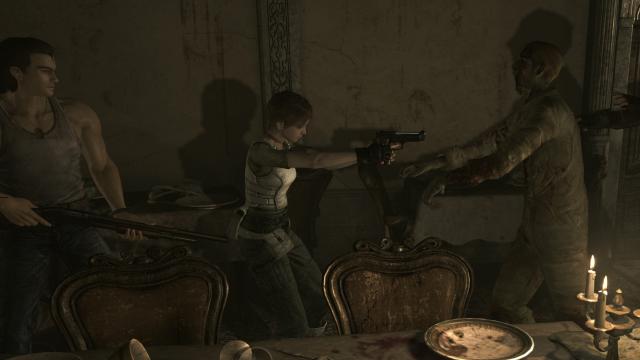 Although I've played all of the older entries in the series, the evolution of Resident Evil and the amount of time that has passed since I actually played these legacy titles left me rather unprepared for Resident Evil 0’s difficulty and its somewhat dated design. The one major update to gameplay sees the introduction of a modern control scheme that will no doubt divide opinion.

At times the updated controls work wonderfully, but this isn’t always the case. Given that RE0 utilizes pre-rendered backgrounds with fixed camera angles, transitioning between these fixed shots while trying to change direction will cause Rebecca or Billy to quickly turn around or face an undesired location, which can prove to be quite frustrating around tight corners. This also doesn’t mix well with aiming and firing, as during these transitions and other odd camera angles, it can be a bit disorienting for a couple of seconds as you discover which way you're actually aiming. 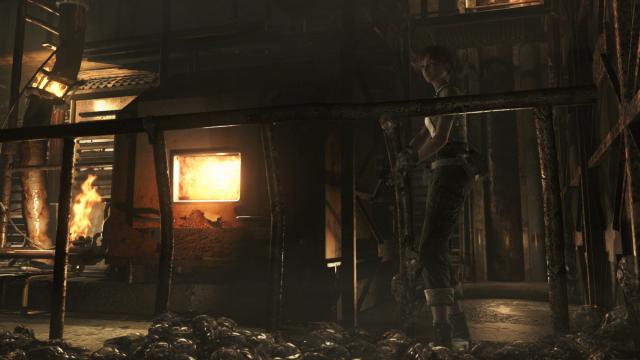 With how fundamentally unchanged the rest of the gameplay is, it’s almost better to stick with the classic controls and (re)acclimate yourself to pressing forward to move in the direction you're facing, as taking unnecessary damage just won’t cut it given how unrelenting the game is, even in normal mode.

Where newer Resident Evil games have moved from being survival horror to action oriented - a decision which has been heavily criticised - having to go back to a severely limited inventory, awkward combat mechanics, a finite amount of ink ribbons (saving), scarce ammunition, and limited health recovery items feels rather archaic.

Resident Evil 0 offers a healthy challenge, one that Resident Evil hasn’t seen in 15 years, yet the challenge feels mostly due to the game’s aged design. I definitely enjoyed returning to the train and other Umbrella facilities, and loved making use of the “zapping” feature again (switching between Billy and Rebecca on the fly) as it offers two distinct play styles, but at times the frustration of using so many outdated mechanics made it just too overwhelming to play for long periods of time. 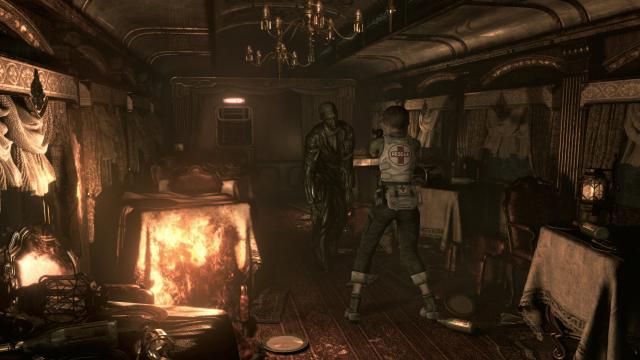 While the gameplay doesn’t quite stand the test of time, Capcom did a fantastic job of upscaling the game’s visuals. The pre-rendered backgrounds instantly impress, looking just as beautifully detailed as they did years ago. There are, however, some slight rough edges at times when backgrounds are particularly busy with many different moving parts.

Characters are also impressively upscaled, looking more like early 360 or PS3 characters rather than PS2/GC era ones. They also look strong outside of cutscenes, however some intricacies, like the blood and gore of zombies and other BOWs, show the game’s age, even if popping a couple of heads with a well angled shot is still oh-so satisfyingly gorgeous. Finally, while it was tolerable when I was just a teenager, the voice acting and script in general are both laughably bad, to the point that Mystery Science Theater 3000 (or Rifftrax) needs to record an episode with it. 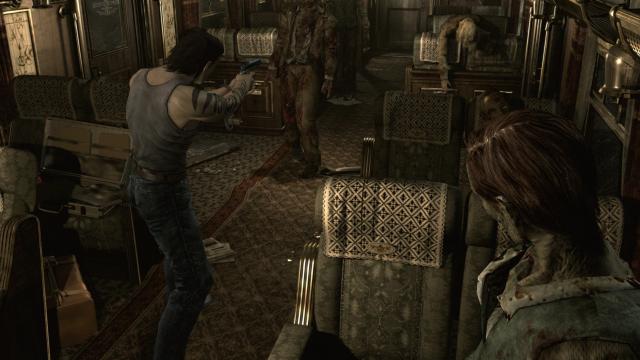 As Resident Evil 0 first released on the GameCube it didn’t reach the widest of audiences. Now that there's a HD rerelease available I do recommend picking it up if you’re a fan of the series, but if you’re a post-Resident Evil 4 player be prepared for a brutal, 12 hour challenge that's fuelled by aging mechanics and less-than-favorable control schemes. It may not be the best game in the series but it's a nice change of pace from the shooting-filled entries we've received in recent years, even if it is another re-release.

This review is based on a digital copy of Resident Evil 0: HD Remaster for the PS4, provided by the publisher.

There's only one thing about this article that I dislike, just because a game is said amount of years old, does not mean people had the option to play it. Remember, there's always new people joining the gaming community. New ones come in at young ages, some leave. It's a thing. Remember that.

Haven't played this one yet, but isn't the awful script/voice acting usually a part of Resident Evil's charm?

Yes...
And relative to entries like original RE, 2, 3, and Code Veronica, I wouldn't even say the script/VA is THAT bad...
It definitely wasn't written by Tolstoy but we've seen a thousand times worse in this series...

Yes...but that doesn't work here. See, when Resident Evil Remake and this game both came out in 2002, the voice acting had been improved....by a lot. In fact, at the time, it was some of the better voice acting in games. When you look at it today, it doesn't sound cheesy like those old games. It just sounds not as good as what you'd hear today which isn't fun to a lot of people. Personally, I thought the voice acting in this game was a hit and miss.

"Aging game mechanics" Is that a bad thing? Not to me.

Aging often implies that it has lost it's appeal. Some older games age far better than others. I'd say this game is somewhere in the middle.

I hate that about the controls! It always drive me crazy. That's why that last Resident Evil remaster was such an improvement, because they actually changed the 3D control scheme.

This is the most difficult Resident Evil ever made imo. Although I never played RE 3, I can't imagine it being as hard as RE 0 is.

I'll stick to my GameCube version, probably not enough here to warrant a new purchase