The Division stands out from other Tom Clancy games due to its RPG elements, according to associate creative director Julian Gerighty who spoke with IGN.

The RPG elements of the game focus on the weapons, skills, talents, and mods of the game. 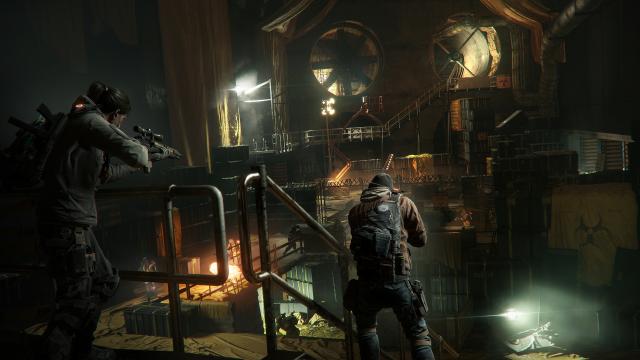 "The key to our RPG experience are the choices around weapons, skills, talents and mods," said Gerighty. "Do you want to build yourself out as a particularly lethal long range sniper agent who is able to push forward in that one challenging late game mission or are you going to step in the shoes of a healer with your group to make sure that your entire squad makes it? These decisions, as well as the progression choices behind the equipment involved, make The Division stand out in the Clancy line up."

The world of The Division is open and non-linear, however, Gerighty stated that there is an ending to the narrative. The game also takes place during the winter, however, the weather will change from sunny blue skies, to a blizzard, and everything in between.

The biggest change in the game is with the Base of Operations. It was originally optional, however, its importance has grown.

"One specific thing that comes to mind is the Base of Operations," said Gerighty. "It used to be an optional side activity in the open world but we discovered that it acted as a natural home for players. We decided to boost its importance for the player and now you can find it in the center the game."

Over the course of the game the difficulty will ramp up and focus is the Dark Zone where you will compete for the best equipment.

"Ever increasing difficulty in encounters and missions are central to the experience, but the centerpiece is the Dark Zone where you will be competing at the highest level for the best equipment in the game, not only against the factions but also against other players," concluded Gerighty.

I Just hope the graphics aren't a letdown. 1080p with a rock solid 30fps is not too much to ask is it not?

Oh wow, we get some information on this game.