According to the Japanese voice actor who plays Snake in the Metal Gear Solid series, Akio Otsuka, Kojima Productions has now been disbanded.

"Kojima Productions was forced to disband, but it appears that the work that the team has been putting their utmost effort into is nearly complete," said Otsuka, as translated by Gematsu. 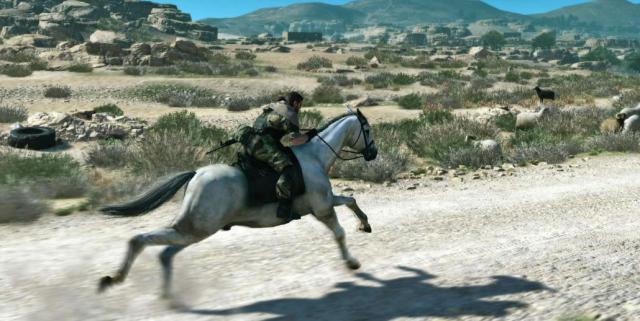 Although disappointing this is not all that surprising; it follows months of speculation that Kojima had been fired by Konami amidst an intra-company power struggle.

Kojima Productions was founded in 2005 as a subsidiary of Konami that was led by renowned developer Hideo Kojima. The company has released well over a dozen titles since its inception, including Metal Gear Solid 3: Subsistence, Metal Gear Solid 4: Guns of the Patriots, and Metal Gear Solid V: Ground Zeroes.

Did Kojima screw all the executive's wives or something?

From inside an MGS1 cardboard box.

You'd think the executives would be jealous of their wives, not Kojima.

What the fuck is konami even going to do without him?

Makes lots and lots of money in mobile.

Go under. Not even kidding, I think it is a possibility. Mobile is not the sunshine and rainbows promised land and Kojima was practically carrying this company.

Honestly, he wasn't carrying the company. Konami makes the vast majority of its money from gambling, health clubs, TCGs, and mobile, and with far less overhead than console video games. Konami is in no danger of going under, but its gaming division is definitely under the microscope.

R.I.P Konami and my beloved mgs :(

I hope Sony is going to buy them, it sounds good to me.

SCE Japan Studio should just welcome Kojima with open arms! And a huge salary, sure.

Now that he is gone, maybe the story for the next metal gear won't be so lame. The story in these games is so stupid, so convoluted, I think the series will only go up from here.

I sort of left MGS after MGS3, so for me, the end already came. But it's sad to see how all this is coming to and end. I'd rather that team keep making MGS until people stopped buying it.

Good move for Konami, the sales probably do not justify the huge dev cost.

I think it is safe to say that Kojima will easily be able to find addition work, if he wants to. My sympathy is with the lower level members of Kojima Production who now need to find a new job.

Let's hope the game isnt bugged, otherwise... who is going to make that patch? :P Silly Konami. You signed your death warrant.

Please Don't go to Sony, Microsoft,Nintendo, Microsoft-Valve,Apple-Valve,Linux-valve,Microsoft-EA,Apple-EA, EA, Activision, Apple,Amazon or Google.
Be your own 3rd party.
Note those company-company examples are on pc in case i get accused of platform bias.