The stealth genre has seen its highs and lows over the generations, with most of the 7th generation being particularly unkind to it. As of late we have started to see a re-emergence of the genre, in both the ‘AAA’ market and the ever-growing indie development side. Wildfire, by Sneaky Bastards, is the later of the two. The game is about using your powers wisely to outwit your foes, rather than overpowering them. Your character has the ability to control fire (like in Avatar: The Last Airbender), and must use this power to distract and provoke fear in your enemies.

While fire is your greatest weapon, it can also easily engulf you as well. When to use this finite resource and when not to will be the key to your success, or the cause of your failure. Over time you will also gain new abilities and additional ways to manipulate your power, including being able to use flames to lift your character upwards. The game will feature multiple ways to solve each problem/challenge, and the AI will react differently according to your actions. As you journey you will encounter various enemies (including trained Attack Cats), a number of different environments, and you'll even learn to manipulate water (again, like in Avatar).

Sometimes when you see a game for the first time you ignore the gameplay, story, and voice work. Instead, you keep on thinking about how beautiful it looks from a graphical or stylized standpoint. Little Devil Inside, a survival action RPG from Neostream, had that effect on me and a lot of other gamers when its teaser trailer was released in late March. The game has you working dangerous jobs for a professor who studies and investigates the oddities of the outside world in order to advance his technology.

Unlike a good number of dungeon based games, LDI is not about rushing through to achieve your goal. Success here requires proper preparation. You must prepare for the dungeon itself, the enemies you will encounter, and unexpected events, like weather issues. The game allows you to hire a team and manage them in order to conquer these dungeons. Naturally, the only way for you and your team to survive the creatures in these dangerous dungeons is to fight, and to aide you in these battles are a number of different weapon types, including a sword and shield, guns, and steampunk gears.

Platforms: Windows, Mac, Linux, PS4, Xbox One and Wii U

Some fans have had it tough this past decade, particularly Rare fans. Those days of suffering may, however, come to an end with the launch of Yooka-Laylee. YL is a 3D platformer collect-a-thon, inspired by Banjo-Kazooie and created by Ex-Rare staff, including Steve Mayles, Chris Sutherland, and Grant Kirkhope. The duo for this game is Yooka (a chameleon who doesn’t seem to like wearing pants) and Laylee (a purple wise-cracking bat who roosts on Yooka’s head). Many of their abilities derive from their real life animal counterparts' own abilities, albeit they're slightly exaggerated. 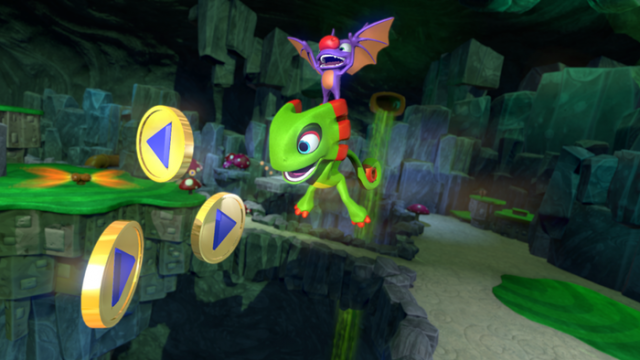 Yooka-Laylee will feature five different worlds filled with collectibles which unlock more areas, and like any classic rare game it wouldn’t be complete without oddball NPCs and bosses who only talk via burps and fart noises. Yooka-Laylee will also include a wide variety of trinkets which will expand the gameplay. One particularly interesting feature is the inclusion of 'Tonics', which have random effects on the gameplay, such as faster movement and stronger attacks.

Literary classics have captured the minds and hearts of millions for centuries. Many of these classic tales have been used for inspiration and have also been reimagined as well. Elsinore follows the classic Shakespearian tale of Hamlet, but changes the ‘script’ with a Groundhog Day twist. You play as Ophelia, who one day sees a vision of death to all who live inside Elsinore Castle in four days' time. This vision has also given her an unusual side effect - she is now stuck in a time loop, forced to repeat these four days endlessly. The only way to end this never-ending nightmare is for her to prevent the vision's events from happening, no matter the cost. 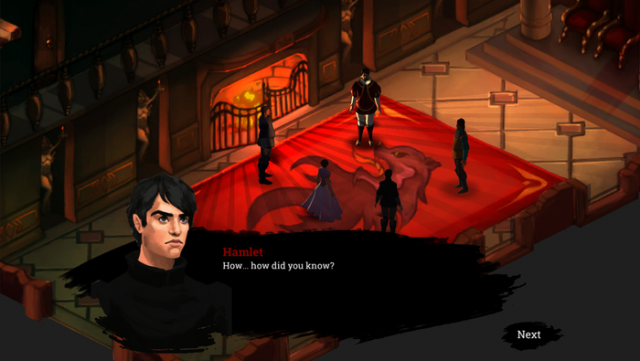 Elsinore is a point & click adventure game that is based around using knowledge you acquire from your previous time loops in order to find a way to stop the future travesty. The story will change greatly depending on the choices you make during your current loop. Using the information and items you gain from these choices will be vital to finding a path to Ophelia’s salvation. Depending on how they are used, you can greatly alter how other characters will act. The key to saving Ophelia from her fate is using your wits to their fullest and using the information gleaned from past time loops effectively.

There are times when you want to play a long and tedious SRPG, but when friends are over fast-paced multiplayer games like Halo or Mario Party tend to dominate. Enter a new challenger - Ultimate Chicken Horse by Clever Endeavor Games. In UCH your goal is to reach a flag via a mixture of building and platforming. After each successful run you can place an object onto the map, including hazards, projectiles, traps, and more. Placing the right trap in the best position is the key to beating your friends in this mode. Your main task is to make the course too hard for your friends to finish, but not so hard that you can't finish it yourself, so misplacing an object can just as easily sow the seeds of your own defeat. 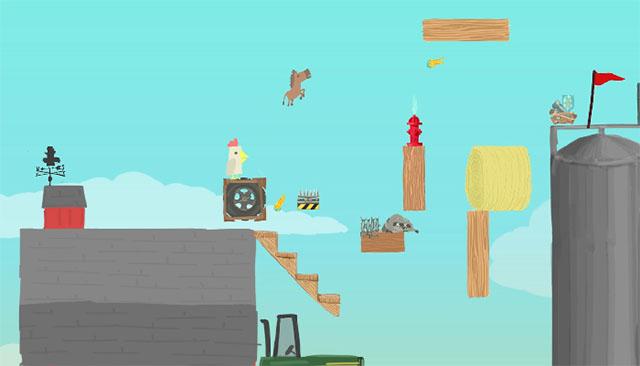 Ultimate Chicken Horse also has a party mode where instead of placing the blocks one at a time, everyone does it at once. Adding more fuel to the chaos is the fact that, unlike the other modes, you’re competing at the same time with your friends. Finally, it includes a single player mode and a level uploader, so your levels can be downloaded from the online server.

Little Devil Inside looks fantastic..maybe bit even too ambitious for such a low goal. Hope they pull it off, idea is really marvelous.

I really hope it gets funded.

No Bloodstained: Ritual of the Night? Or did that one officially start in late April? Backed that one and Yooka-Laylee about a week ago.

Yooka-Laylee no doubt but damn I hoped Space Dust Racers would make the list too.

The reason I didn't choose FF was due to the fact that the Base Goal (35K) felt more like it was trying to create a demo/pitch demo, rather then a full game which would only happen at their 150K stretch goal.

Yooka-Laylee is by far my favourite. Little Devil inside and Ultimate Chicken Horse do look promising though.

Backed Y&L of course. I'd support more game projects, if they had plans on coming to consoles.

Most of them do?.

Both Y&L and Space Dust Racers do.

Little Devil Inside does have a lovely art style. Hope it manages to get funded.