Pokémon spinoffs have been hit or miss throughout the history of the franchise. While Snap, Stadium, and Puzzle League remain popular to this day, games like Colosseum and Rumble Blast leave a lot to be desired. But Pokémon Conquest is no ordinary cash cow; it is actually a modified version of Tecmo Koei's famous Japanese strategy RPG series Nobunaga's Ambition. The release of Pokémon Conquest marks the first widespread release of this series outside of Japan, and although some elements have been simplified from the original series, Conquest still stakes a claim for the best Pokémon spinoff ever.

Upon starting the game, you meet your new Warlord friend Oichi and her Jigglypuff. You and your Eevee team up with her to conquer the 17 kingdoms of Ransei before the evil Nobunaga can do the same and summon the legendary creator of Ransei for nefarious purposes. 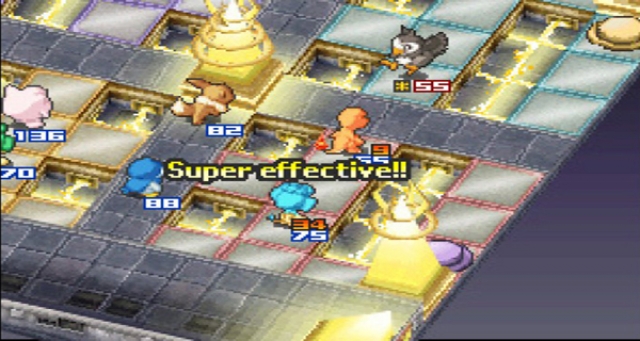 To capture an opponent's kingdom, you must defeat that Warlord's army in battle. Anyone who has played an SRPG will feel right at home on the battlefield. Each Pokémon can move a number of squares equal to its range stat. It can then use its attack, which varies in attack range depending on the attack. Among the many attacks, Eevee's Quick Attack hits the square directly in front of it, Chingling's confusion attacks three squares ahead, and Mareep's Thundershock hits both of the two squares in front.The Pokémon type chart applies here, so landing super effective hits on opponents while avoiding being hit yourself is key to survival.

It is also necessary to understand the terrain of the battlefield. Some levels will change terrain, adding features like hot springs and poison pools. Others have potentially damaging features, and some have high elevation, which can block attacks.

Innate abilities throw another wrench into the battle. Pokémon have abilities that are activated in certain situations (Tepig's Blaze raises its attack at low health, Scyther's Parry occasionally dodges any attack). These abilities can be used to lay waste to the enemy's army, or to make short work of you, so pay attention to them. 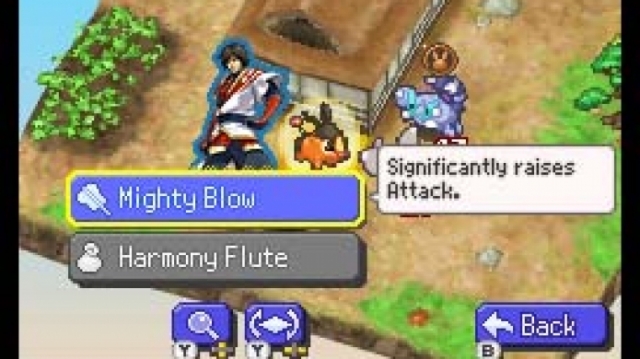 Each Pokémon in your army is under the command of a Warrior, who can use their Warrior Ability once per battle to tilt the tides in their favor. These abilities range from increased statistics to increased range and healing. Warriors can also equip an item for use on their Pokémon, such as a Potion or stat boosting item. Since both the ability and item are one use, care must be taken when deciding when to use them.

During some battles, Warriors can link with wild Pokémon to have them join their team. This is accomplished through a quick button press minigame and is usually completed in one or two turns. Once befriended, the Warrior can switch to that Pokémon or any other Pokémon they have befriended. Since each Warrior has different compatibility with different Pokémon try to mix and match to get as close to a 100% link as possible. You can link with about 200 different Pokémon - not all 649, but a large sample nonetheless.

Speaking of links, this replaces the experience system from traditional Pokémon titles. Battling with a Pokémon increases the link percentage between Warrior and Pokémon, which in turn improves its stats. Activities such as eating Ponigiri will improve the Pokémon's energy level, and a higher energy level boosts your stats further. As the link increases some Pokémon will evolve, improving their stats and changing their range and attack. Some Warlords, when linked with a compatible Pokémon, can also "transform" if the link is high, which improves their own stats and abilities. 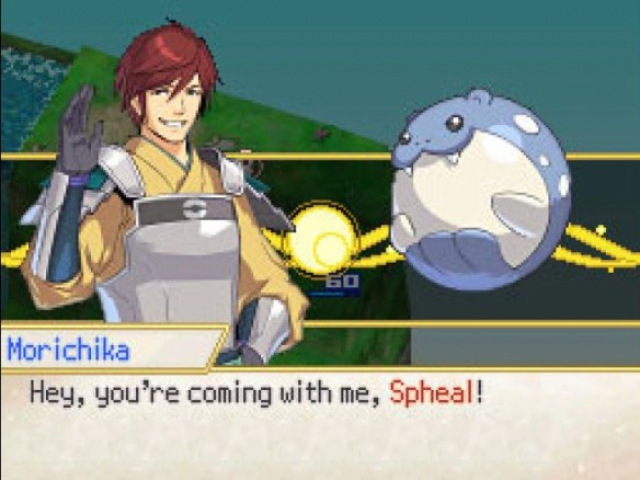 The graphics in Pokémon Conquest look very nice. They are bright and vibrant, showing that the old Nintendo DS still has plenty of power left in it. The Pokémon look as they always have, and the Warriors are all styled up for the occasion. Combine that with the great backgrounds and old-era Japanese music and you have a great setting that makes the whole world feel believable (despite the craziness of a Pokémon/feudal Japan combo).

Conquering the 17 kingdoms in the main storyline takes about 20-30 hours. From there a myriad of new missions open up and the difficulty increases. You can expect more dangerous AI, and you'll find that your kingdoms will be under constant assault. It's conceivable that this scenario could more than double your original play time, making Pokémon Conquest a long and rewarding experience. That said: a note of warning to Strategy RPG fanatics - this game was created with a newcomer to the genre in mind, so it does not contain all of the complexities that a deeper series like Fire Emblem or Disgaea can provide. So the game may get repetitive over that many hours if the mechanics feel too shallow for you. Nevertheless, if you can get past that, Pokémon Conquest will have you hooked. 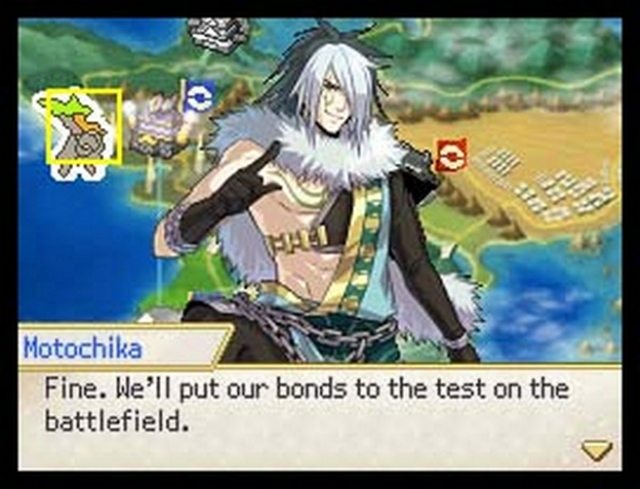 On paper the mash-up of Pokémon and Warriors is completely bizarre and does not sound feasible. In practice, it's an amazing combination and makes Pokémon Conquest one of the freshest new additions to the series in years. Conquest offers a brand new way to fight with Pokémon, and does so with aplomb. I never knew I wanted this combination before I'd played it, but now I want more.

This review is based on a retail copy of Pokémon Conquest.