Skylanders has quickly become a money making machine for Activision. This fusion of video gaming and toy collecting set the world on fire, so you knew that Activision would release new Skylanders games. Enter Skylanders: Giants. The game refines the formula already established by the previous entry, and we very much enjoyed the console version. But the 3DS version of Skylanders: Giants falls flat, marred by a poor framerate, boring story, and short experience. 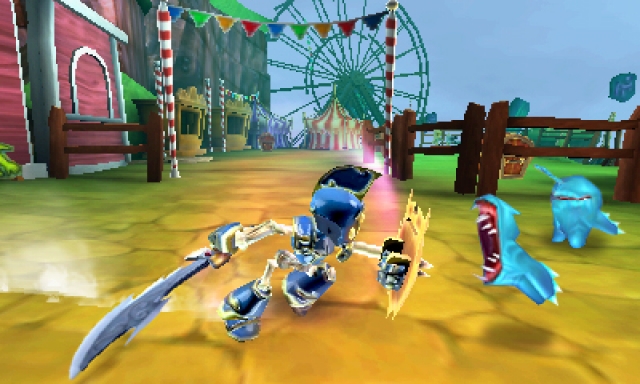 This 3DS installment tells a different story to the console edition. The evil Captain Frightbeard has escaped from his imprisonment in the Chest of Exile, after 10,000 long years, and he's ready to destroy the Skylands once again. It's up to the Skylanders to fend off Captain Frightbeard and protect everyone.

We went over all the details of how the Skylanders toy system works in our console version review, but here's a quick recap of the important bits: each Skylander figure is scanned into the game by placing it on the Portal of Power that comes with starter packs of the game. All Series 1 toys are compatible with Giants. Series 2 toys will only be compatible with Giants, not the previous installments. Experience collected in one Skylander game will be retained if the figure is scanned into another Skylanders game. It's a cool little system that makes each figurine like physical DLC, but it gets expensive fast. Luckily, you get two figures and one Giant figure with the starter pack and it's all you need to finish the game if you so choose. Each Skylander has its own attacks and properties, so you can mix and match Skylanders to find the ones you most enjoy playing as.

The story will take you through seven different areas, with multiple levels in each. The main goal is to reach the end, but other collectables can be picked up, such as coins, lost animals, cupcakes, and chests. Also in each level are Giant Areas, which can only be accessed by a Giant Skylander, and elemental gates, which lead to new areas that can only be accessed by a certain type of Skylander (yes, you have to buy more Skylanders to complete every single part of the game). After beating the level once, access is granted to a Time Challenge for that level. 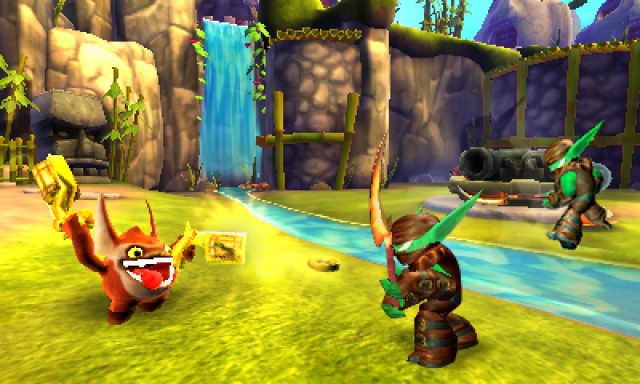 After each level, coins are counted up and scored, with more coins leading to more EXP points for your active Skylanders. Daily Bonuses are also factored in, as two types are selected each day that give bonuses to Skylanders of that type. The level cap is 15, which you'll likely hit during one playthrough if you're favoring one Skylander over the others.

Controls are standard for an action platformer. You've got a jump, double jump, and the Giants add in a ground pound manuever. The jumping feels solid, though it doesn't cover much ground. There aren't a lot of big jumps to make, so that ends up working out. A big issue, though, is movement, as the Skylanders are all very slow. Most of them have temporary speed boost moves to help out, but it's still disconcerting that the characters are so slow and it drags down the game's pace.

The main difference between the Giants and the regular Skylanders are the size of the Giants, and that turns out to be a bad thing in this game. The Giants feel even slower compared to their normal brethren and with their decreased speed and bigger size comes a lot of real estate for enemies to target. This is especially troublesome in boss battles where attacks can come from all angles. I ended up using my giant as a backup plan if my main went down, bringing him out only to access Giant areas. The titular Giants just aren't that fun to play as. 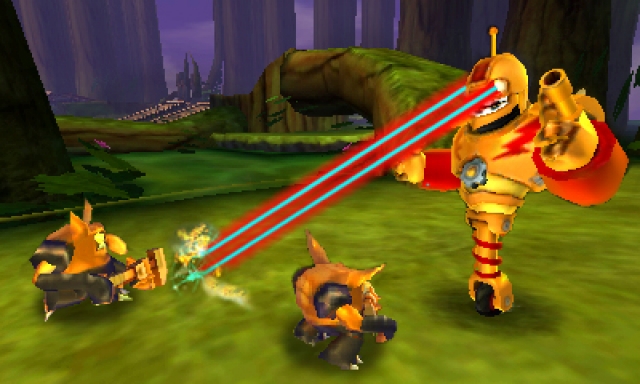 The level design is good for the most part. There are plenty of nooks and crannies where more enemies, coins, chests and other goodies await. The game isn't overly difficult and the level design feels a bit safe, as none of the worlds or levels really stand out from the pack. I'd have to say the same for the music as well, which isn't very catchy or memorable. The voice acting in the cutscenes is pretty good, and the cutscenes themselves are pleasant and have that humorous appeal that should please younger audiences.

But even though the game is good and the platforming is solid, it all gets dragged down by a terrible frame rate. Too often the game will begin to chug and slow down as you progress through a level. This occurs often when too many enemies come on screen, but that isn't the only time - a multiple second fit of slowdown can occur in almost any situation. It happens so often that the entire game can feel like it's playing in slow motion. It's extremely disappointing that the experience in Giants is so hamstrung by the chugging.

The story can be beaten in just a few hours - it is a very short experience. Completionists will want to complete all of the challenges, collect all of the objects, and will likely replay the game as different Skylanders. But if that does not appeal to you, you'll certainly be disappointed in what you get out of Giants. 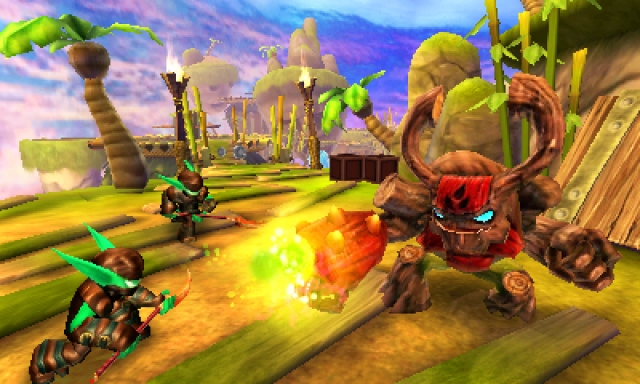 As a standalone title, the 3DS version of Skylanders: Giants is a solid, if unspectacular action platformer hampered by severe slowdown. It is not the game I would recommend if you want to get the most out of your Skylanders experience - stick to the console versions. I could see this version of Giants working as a Skylanders-on-the-go experience for those who can't get enough of the console game at home and want to level up more characters while on the road, but in any other situation this game falls flat.