Make sure to fly with friends.

Humans have always been enamored with flight - from the days of the Wright Brothers to the current dreams of space travel. Chasing Aurora taps into this primal yearning. The game is all about flying through the air, through majestic scenery of mountains, waterfalls, caves and more. This Nintendo eShop game has taken a different approach compared to most of its launch title brethren, giving a minimalist experience that activates your sense of wonderment.

In singleplayer, the game offers 20 time trial levels where you take control of your bird of choice and pass through gates on a course. The goal is to pass through as many of them as possible to rack up your multiplier, all before the time runs out. Some gates give checkpoint boosts to the timer to keep you going as long as possible, with every twenty checkpoints offering a large time boost. These levels range from small loops to wide expansive loops, and from simple and stress free to chaotic. To simply beat the levels, it will only take an hour or two, so there's not much content. However, score attack fiends will be replaying the levels over and over to get the top score (though the simple scoring system may eventually turn away even these gamers). 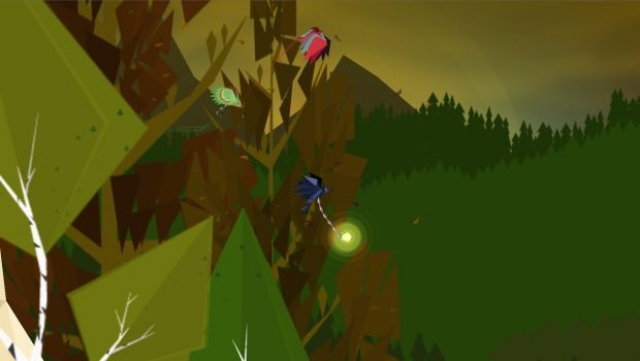 The environments look great and it's fun to fly through them. However, because the game is built upon going through the gates, you do not get much of a chance to fly about and see the view. It's a shame that most of the game's gate loops aren't big enough to let you experience the beautiful scenery. Matching the beauty of the art style is the ambient, peaceful soundtrack that attunes you with mother nature. Chasing Aurora certainly has immersion in spades.

Multiplayer is where Chasing Aurora provides a little more value, with three different games to choose from. Hide & Seek grants one player - using the GamePad - a full view of the arena so he/she can chase down the other players, while the other players use the TV screen and try to evade the GamePad player's grasp. This is similar to Mario Chase in Nintendo Land but with a twist: the GamePad player's bird starts the game holding onto a gem. If that gem gets knocked off, the hiding players can grab it to gain points and lead them to victory. The scramble to grab this valuable gem while leaving yourself open to attack throws a wrench into the traditional gameplay.

Freeze Tag plays much like those days on the playground in school. The GamePad player can tag the opposing birds to freeze them. The frozen target must wait for another player to unfreeze them, but that player will be leaving themselves open to attack. Essentially it's the Hide & Seek game with a new gameplay mechanic. 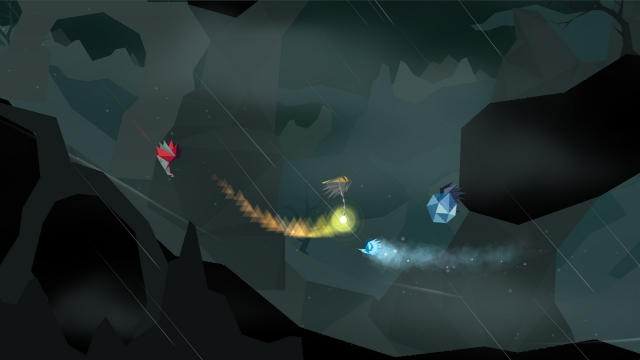 Chase rounds out the multiplayer offerings. Everyone uses the TV for this game, in which all birds are fighting to take control of a gem. Whoever holds the gem controls the screen's scrolling rate, with the other players desperately fighting to gain control of the gem. Staying off-screen for too long will cost you a heart, so holding the gem is vital.

Players not using the GamePad get to use either the Wii Remote, Wii Remote + Nunchuk, or Classic Controller. They're all fine for use, but nothing feels as satisfying as the analog sticks of the GamePad. The other control methods feel a bit clunky in trying to control your bird, while the GamePad is a breeze.

Chasing Aurora is a fascinating little game. It's not for everyone, and if you don't have enough interested players, the game gets dull fast. However, if you're a score attack lover or you've got the extra players, there's something to be had here. Even if neither is true and you just love a relaxing experience, Chasing Aurora has something to offer. Whether that is enough to justify $15 is up for debate, but there's no denying its charm.

This review is based on a Wii U download of Chasing Aurora, provided by the publisher.