Crafting a quality horror game that actually instills an intense sense of fear is an endeavor that doesn't happen too often. Games like Amnesia and Penumbra have haunted the dreams of gamers for years, but they are few and far between, with many developers attempting a horror spin that flatlines rather early. Yet, when a truly horrifying title does rear its head, it creates an ambivalence towards itself - on one hand, the desire to continue the exhilaration that fear causes is unprecedented, on the other, keeping your dreams full of flowers and candy is much more appealing than imagining being tracked down by murderous madmen with their junk flopping all over the place, and Red Barrel's Outlast captures this ambivalent nature perfectly. Make sure you have some extra underwear around before setting foot into Mount Massive Asylum. I assure you, you'll need them.

Outlast begins with a bit of a cliché - driving down a dark road, during a thunderstorm, with no cell service or chance of outside contact. Yet, as the protagonist, investigative journalist Miles Upshur, pulls up to Mount Massive Asylum, an institution for the mentally disturbed that was abandoned during the 60's but reopened by the Murkoff Corporation, it becomes known through an email Miles received from a whistleblower that something truly horrifying is occurring at the newly reopened institution. Setting foot into the asylum, it's apparent that Miles has entered a living nightmare, as the guard that's staked to the ground with a giant spear-like object tells Miles to get out with his last gasps of life. Having only a digital camera with night vision, Upshur must find a way out from the insanity and horrors of Mount Massive with the help of a crazed, brutally violent and self-proclaimed prophet that has a schedule of events for Miles to observe before he's allowed his freedom.

Yet, besides the horribly experimented on inmates and the giant, hulking test subject that stalk Miles through the darkness of the institution, a much more sinister plot surrounds the asylum. The Murkoff Corporation has been operating in secrecy since it acquired the once abandoned building. Though, with the whistle blowing email and Miles' arrival, the black secret revolving around human experimentation, mutilation, and a seemingly unearthly apparition with ties to old Nazi experiments known as the Wallrider is ready to be exposed.

Outlast is a truly harrowing experience right from the first step into Mount Massive. The tone of the game is set instantly; body parts decorate each room, with a bar that has neatly placed and stacked heads where the bottles and glasses once stood. Inmates have necrophilia parties that you clearly haven't been invited to as the participants scream and curse at you for watching. Blood smears the floors and walls, and relatively non-violent inmates scuttle around murmuring to themselves, randomly grabbing you from dark corners or appearing suddenly in windows of locked doors, and smashing their own skulls against the wall in their routine paths. Every little piece of Outlast is simply disturbing to the core, from the extremely well written and crazed monologues of the prophet Father Martin, to the impressively eerie and realistic take on truly mentally disturbed behavior, to the incredible music that helps in creating the fearful atmosphere - Outlast is as good or better than most horror movies, and at its best, infinitely more gruesome and terrifying.

Being an investigative journalist, your only chance of escaping Mount Massive is running and hiding from those that are pursuing you in a first person viewpoint, as there are no weapons and you don't exactly have the training to combat such brutal insanity. Equipped with a digital camcorder, you'll need to record the horrors of the asylum by making sure you have it ready and recording. While the keyboard and mouse are serviceable, the controller feels much more comfortable. Miles will make many notes about his observations, adding a personal touch to the experience, yet notes will only be recorded while looking through the camera's lens.

Your guiding light comes from your digital camcorder's night vision, which will be used extensively while you traverse the mostly pitch black corridors of the institution. Night vision only lasts so long, and you'll need batteries that are found throughout the game in order to keep the camcorder energized, adding to the game's intensity. In order to load batteries, night vision will turn off and you'll be left in complete darkness for a couple of seconds, where anyone stalking you could easily impale you with a rusty piece of metal before you get your new batteries in. Batteries are also relatively scarce, so saving power on your camcorder is a must, unless you want to explore in darkness and like creating further nightmares for yourself.

The use of the camcorder and absence of weapons of any kind (similar to Amnesia, minus the video camera) creates an exhilaratingly tense atmosphere, where nothing can prepare you for what's on the other side of the door as you slowly open it or around the corner as you venture out for a peek with camera in hand. There were times I simply had to put the game down because my heart was racing too fast, there was a giant pit in my stomach, or I was honestly just a bit too creeped out to keep going and had to throw on something filled with sugar, spice, and everything nice. Yet my desire for more excellent, truly disturbing survival-horror would have me quickly return to Outlast. I wanted, nay, I needed to see what Red Barrels had in store for me next.

Like many survival-horror games, you'll be forced to venture further into the hellish building in order to find certain items you need to progress, such as elevator keys or fuses to make the laundry chute work. Knowing your surroundings is key, as you'll have to make quick getaways or hide from inmates that have been stalking you. While the collection mechanic may have been used one time too many, it serves well in progressing the game, and sets up many terrifying moments when you've grabbed a key only to have one of the inmates break through a door, trapping you in the room and you need to hide within a couple seconds. Some minor platforming sections also arise, and unlike many first-person titles, are well designed and add to the intense experience. Many times you'll be running to platforms and need to jump in the nick of time unless you want to be the main attraction at the next necrophilia party, jumping over them as they look for you on the floor below, or inch across a ledge as an inmate is right below you, it all serves to get the heart racing and it does an incredible job at doing so. While the gameplay is rather simple, every part flows especially well with Outlast's mastery of horror.

Sound is extremely important in the horror genre, and Outlast uses both music and sound effects to their utmost potential to further the terrifying atmosphere. Long, drawn out drags along violin strings, deep, bassy drums, and creepy ambient noises establish a chilling atmosphere, coming together less fluidly and holding a more disjointed feel fitting of the setting. Miles' heartbeat, footsteps, and terrified breathing are a constant reminder of the woeful situation, and like the music, quicken when hiding or being chased. You'll hear many echoing noises in the distance - doors slamming closed as you get near, maniacs trying to break through locked doors as you pass, footsteps scurry behind you, in front of you, to the side of you, yet there's never anyone there when you run and check, knives sharpening and scraping along walls, inmates screaming and muttering nonsense. Every inmate you come upon is brimming with a unique sort of terror and insanity, whether two of them stand naked, calmly discussing how they'll chase you down and horrifically torture you, a mad "doctor" just sane enough to coerce you into believing there's a way out, only to strap you into his "examination chair," or just standing motionless, staring at you, not making a sound, the actors (or absence of them) deliver their lines brilliantly and forcefully. Everything comes together with great effect, enhancing the already bone-chilling atmosphere and further sucking you down the rabbit hole, or insane-blood-curdling-necrophiliac-human-experimentation-hole, same difference.

Like the choice sound work and superbly and disturbingly composed music, Outlast boasts incredibly impressive visuals even on a rig that's over five years old. As grotesque and disturbing as Mount Massive is, it looks utterly beautiful. Every dark corridor, dimly lit room, and pitch black sections of the asylum's grounds hold the same high level of detail, with soiled beds strewn across the floor, shrines dedicated to and spattered in blood and gore of the victim, and overgrown thickets, mangled bodies, and heaps of trash covering the outdoor grounds. The inmates that stalk you and inhabit the institution are greatly detailed, with hideous scarring of brutal surgical work clearly visible across their faces and bodies. Many of the madmen are missing noses or patches of skin, are sewn up with bits of leather or other material lying around the asylum, and most trudge around or simply stare at you with their manhood hanging out inches from you - it's wonderfully unnerving.

Viewing through the camera recreates the grainy look of peering through a digital lens, and night vision, as well as lighting effects in general, are expertly used. Night vision adds a whole extra level of creepy, as the soft green glow melds into the black just right, and the eyes of your pursuers glow with a haunting light, giving them a very unnatural and terrifying feel. Lights quiver and cast long, deep shadows, playing tricks on you by flickering at just the right time to make you believe you're about to be impaled.

While Outlast may be a little on the short side, clocking in at around ten hours, they're likely some of the most intensely petrifying ten hours you'll experience. You can spend more time searching every dark corner for scattered documents that detail some of the patients and more horrific experiments that have been conducted by the Murkoff Corporation. Outlast is a shining example of the horror genre, and simply an excellent game in general, especially at only $20. It's quite a small asking price for one of the best games of the year.

This review is based on a copy of Outlast for the PC, provided by the publisher. 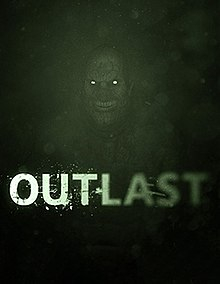