The Batman: Arkham series has always utilized Metroidvania aspects in its gameplay, with a vast explorable world, progression based on weaponry and other tools, and a multitude of secrets to uncover. It was only natural, then, that the series' first portable outing, Batman: Arkham Origins Blackgate, adopted the style in full. It also utilises a 2.5D level design similar to the popular XBLA Metroidvania romp Shadow Complex. While it falls short of pure perfection, Batman: Arkham Origins Blackgate is a worthy entry in both the series and its genre. 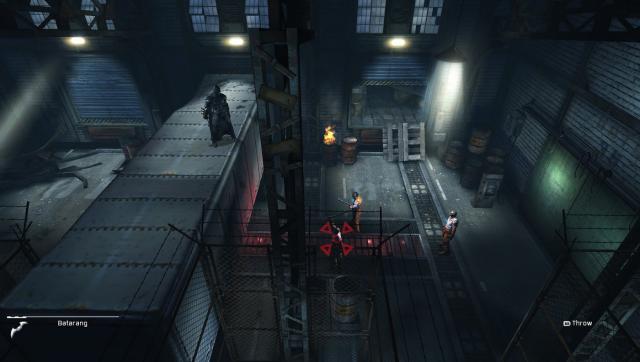 Taking place three months after the events of Batman: Arkham Origins, Blackgate begins with Batman hot on Catwoman's tail, tracking her as she maneuvers through the Gotham skyline. After succumbing to her pursuer, Catwoman is sent to Blackgate Prison with the rest of the psychopaths that Batman has gathered up. Predictably, an escape attempt by one of the inmates divides the prison into three sectors and in the hands of the Joker, the Penguin, and Black Mask. With Catwoman serving as his eyes and ears around Blackgate, Batman must put a stop to the three criminals before they can cause major damage to the city of Gotham and its inhabitants.

The story unfolds through a series of motion comics that look as though they've been taken right out of DC's own pages. Characters pop from the screen with great detail and lighting, with shadows and other lighting effects providing much of the motion for the cutscenes. While they certainly hold a high degree of detail, the motion comics themselves are rather lacking in terms of animation and leave much to be desired. It also doesn't help that the story itself is lackluster and very anticlimactic (much like Arkham Origins), which seems more concerned with setting up for a possible sequel than succeeding at leaving any lasting impact. The voice acting, to its credit, sees the same cast as that found in Batman: Arkham Origins, with great performances given by both Batman and the Joker in particular, though Catwoman's delivery is a bit weak and unenthusiastic, and the overall effect of the quality work is lost due to the after-taste of a highly mediocre story.

Where the story fails to live up to the Arkham namesake, the gameplay impresses enough to make up for it. Focus in combat still rests upon the Free Flow system that's helped the series become so popular, yet it's been tweaked to fit the 2.5D side-scrolling action. While you can't freely move into the foreground or background, Batman will automatically attack enemies that do, allowing the fluidity of combat to remain intact. There are times when the hit detection is a little off, with Batman's fist or foot passing through inmates, but ultimately it feels well polished and it remains fun to counter dozens of prisoners in one big engagement. 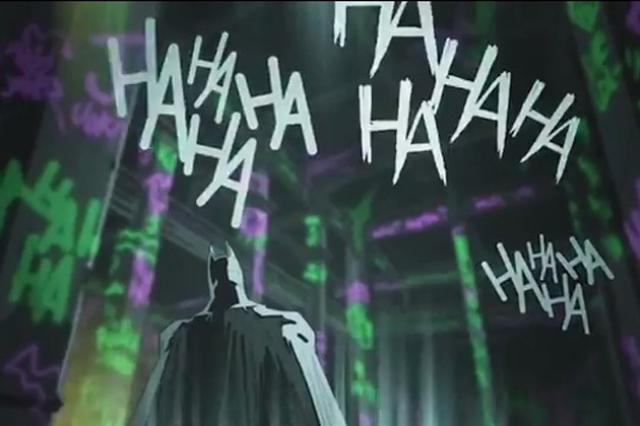 Unfortunately, Batman's repertoire of takedowns and gadgets is limited, which means that combat becomes somewhat of a dull affair towards the end of the game as there is no quick use of gadgets during encounters. The boss fights are creative and challenging, with the Joker, Penguin and Black Mask being especially fun and original, and there are also numerous mini bosses like Solomon Grundy that help to alleviate the end-game boredom. But it really doesn't help that Batman's predatory move set is so lacking (he's only really able to stalk his enemies from vantage points or from grates, with rare, scripted occurrences of the exploding gel being used for silent takedowns). On the whole, though it may not be as robust as the combat found in the console entries, the Free Flow system transitions very well to the portable medium, proving fun for the vast majority of the game.

Progression throughout Blackgate is governed by which gadgets you've collected in order to bypass certain security doors, enormous gaps, or other hazards. Much like almost any other Metroidvania styled title, you'll trek back and forth through the halls and cells of Blackgate, collecting gadgets or upgrades to get to your next objective. Finding these upgrades or discovering new passages will require Detective Vision, which is activated by tapping or holding the touch screen. Tapping the screen activates the ability, allowing you to see enemies and collectibles, while holding your finger on it lets you scan for grates, weak spots for explosive gel or the Batclaw, and hidden passages, detective cases, and items. Detective Cases give more back story on how each criminal escaped and took over their respective region of Blackgate, yet much like the main story, these narrative extracts are rather forgettable. Having to scan using the touch screen is also a bit bothersome, as those with giant bear paws for hands (like myself) may find it slightly difficult to see what they're scanning for. 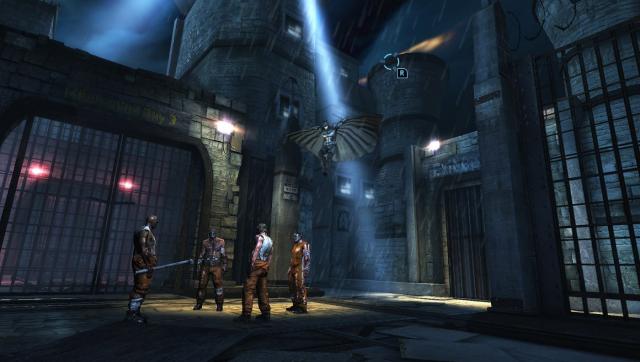 As you run, climb, grapple, and glide your way through the game, you'll pick up mostly familiar gadgets, like the Batclaw and Line Launcher, as well as Exploding Gel which can now be shot over long distances. Hacking also plays a major part, but is different than on consoles; Batman needs to sift through a large grid of numbers to find a three digit pass-code. You'll be given one of the numbers that you need to match up to find the other two, so it's essentially a trial and error system. It's no better than having to find passwords by moving analog sticks, but it's certainly no worse either.

The leveling system is ditched in favour of item-based experienced, with each of the four gadgets (with Batarangs being the last) having a set number of upgrades to find. This will prove very polarizing. On one side of the coin, Blackgate's Metroidvania style is finely tuned and works extremely well with the best that Batman can offer. On the other side, it's hard to look past the absence of a leveling system and much of Batman's advanced weaponry that fans of the series have come to love in the console entries. However, as easy as it is to compare it to the rest of the series and look at Arkham: Origins Blackgate through a limited scope, the portable treatment allows for a complete and classic Metroidvania experience that's very entertaining.

Blackgate prison is broken up into four sections, with each as highly detailed as the next. The locales are typical of a prison setting, holding dark, dingy, and decrepit halls that span cell blocks, offices, and sewers taken over by the criminals and psychopaths. The 2.5D level design works very well, with seamless transitions around corners or doorways that lead into the foreground and background. Navigation can be a bit confusing at first with only a 2D map to go by, but once you get used to your surroundings and how the map works, it's easy to tell where you're going. The walls are decorated with hidden messages and taunts from the Joker, prison gates are torn down, and much of Blackgate lies in ruin - it's all fitting of the Dark Knight style. 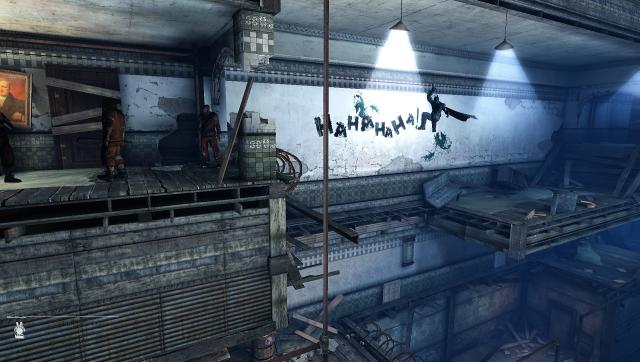 Batman and his enemies, while having some rough edges and not being as impressive to look at as Blackgate itself, move very fluidly, and the aforementioned hit detection problems only occur when multiple enemies are on-screen. On the whole, Arkham: Origins Blackgate is an attractive game that makes the most of its handheld medium, even if some aspects could have benefited from additional work (like the jagged points on character models, and the general lack of action in the motion comic cut scenes).

Batman: Arkham Origins Blackgate proves to be a great portable entry in the Arkham series of games, and another welcome member of the Metroidvania genre. While series enthusiasts might find Batman and his utility belt a bit lacking due to the absence of certain gadgets and the lack of a proper leveling system, the item based progression and good amount of upgrades for Batman's gadgets, suit, and gauntlets do just about enough to make up for it during the 10-11 hour main story. With plenty of secrets to find that will yield different Batsuits with varying abilities, like the Blackest Night suit that makes Batman invulnerable, criminal-themed collectibles to smash that will take some time to find with the Detective Mode scanner, and a New Game+ mode that allows you to keep everything you've found and continue on to find the rest of the secrets and hidden areas in the game, Arkham Origins Blackgate's flaws in terms of gameplay and story limitations are easy to look past.

This review is based on a retail copy of Batman Arkham Origins: Blackgate for the PSV