It’s always nice to see a One Piece game come over to North America. One Piece: Romance Dawn’s arrival would have seemed unthinkable back in the days when 4kids was dubbing and editing the One Piece anime series into a mangled horrific mess. But these days, One Piece has seen a revival thanks to the dubbing efforts of FUNimation and, on the gaming side, Namco Bandai has begun to release One Piece titles here on a more regular basis. So for fans of the series, One Piece: Romance Dawn is a good title to have. Unfortunately, as a game, Romance Dawn is a mixed bag of good, bad and boring moments, which tempers the enthusiasm. 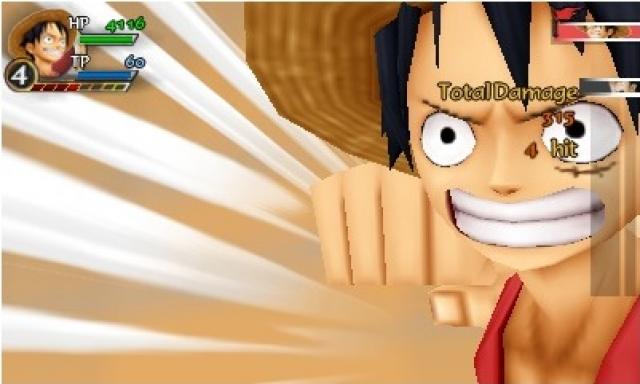 Romance Dawn is a straight port of the PlayStation Portable release that only came out in Japan in 2012. That helps to explain why this game is graphically unimpressive - the graphics shown do enough to portray where you are and who you're fighting, but nothing more. There's been no effort to improve the presentation from its PSP port, which includes a lack of any 3D effects at all. Music, sound effects and voice clips are nothing to write home about either. It's all mediocre and barely checks off the requirement of passable presentation. Mediocrity, it turns out, is the running theme of Romance Dawn.

The story of Romance Dawn encompasses nearly 500 episodes, from the franchise's beginning to the chaotic battle at Marineford. It’s a long story mode that covers many different arcs - too many for Romance Dawn to properly cover, as it turns out. The story is told mainly with barely emoting square portraits of characters with unspoken dialogue. Anime cutscenes are interspersed between the stills, spoken in Japanese only (no other language options), which help liven the story up from the dreary square still scenes. The game assumes that you are already familiar with One Piece, which will be true for most players, but those who don’t already know the story aren’t likely to figure it out or feel any reason to care about the events, which is a shame. Even those that do already know the One Piece story would be better served hitting Start to skip most of the story scenes. 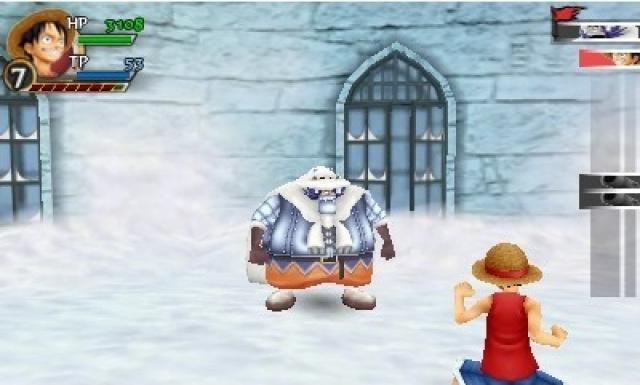 Gameplay consists of exploration and battles. When not battling, you run through levels, following the path to the next section (while taking other paths to get additional items). This is the dreariest part of Romance Dawn, as you’ll be running in straight lines, occasionally turning to go down another straight path, then backtracking if you chose the wrong straight path to progress. Even though levels change in background to reflect your current location, the game mostly just consists of pressing forward through small passageways and overcoming grunt level enemies until the game finally delivers you to that level’s boss. Occasionally you’ll get an auto-running event where your direction is determined by quick time events, but even that gets old fast. Most of the game is spent in these mouse mazes and it’s so dull that you’ll lose the appetite for the cheese by the time you reach it at the end of each level.

Battles are a little more compelling, thankfully. Each battle takes place in a defined area and your character can freely move around. Moving too far from the starting location, however, will increase your wait time until the next turn and moving even farther will restrict the actions you can take on the following turn. This encourages players to strategize their battle plan and to position their party so that maximum damage can be done with minimal penalty. It’s an interesting system, but the game does its best to make it blander by limiting your abilities for much of the early game. While this is faithful to the story arc, it makes the early game nothing more than picking the same few attacks and chugging away, occasionally adding in a special maneuver when that meter allows, until the enemies are defeated. Since grinding will be necessary in this game (especially early on, as the Don Krieg battle represents a huge spike in difficulty), it would have been better if Romance Dawn’s combat system had made the battle experience more compelling. Instead, it merely exists and pushes you forward... back into the linear levels. 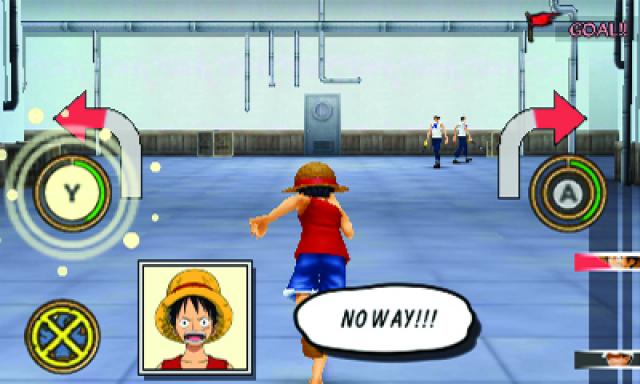 Should you fine the desire to push through the game, you’ll find a deep crafting and cooking system that allows you to combine items and equipment together to create new items and equipment. Items abound during gameplay, so there’s no reason not to experiment with the system and improve your statistics. It’s a nice feature that makes good use of the many items you’ll be picking up on the journey.

Romance Dawn is a very long game (about 50-60 hours, including side missions), so if you can stomach the repetitive mediocrity (or just really love One Piece), you’ll easily get your money’s worth here. But if you’re like me, you’ll probably end up dropping the game well before then - after 30 hours, I really didn't want to play anymore. Game length isn’t a big sell if the game isn’t enjoyable. 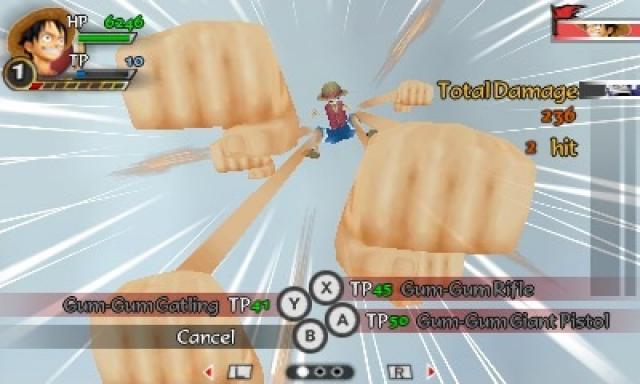 One Piece: Romance Dawn had the potential to be incredible. To cover nearly 500 episodes of an epic, action-packed series through an engaging RPG that lets you experience the tale of the Straw Hat pirates should be ripe ground for an amazing adventure. Instead, what Romance Dawn offers is a game that runs down a checklist of features of what makes an RPG but never goes above and beyond that bare minimum. It doesn’t make much effort to engage the player and hopes that the player’s prior experience with One Piece will justify playing it. One Piece fans might be able to enjoy what's on offer here, but even they could struggle to get through this. Non-fans should check out another One Piece video game (such as Pirate Warriors 1 or 2 on PS3) to get a sense of how good One Piece can truly be.

This review is based on a digital copy of One Piece: Romance Dawn for the 3DS, provided by the publisher.