Valve is Confident They Will Hit Half-Life: Alyx Release - VGChartz

Valve is Confident They Will Hit Half-Life: Alyx Release - News

The Valve developers working on Half-Life: Alyx during a Reddit AMA said they are confident they will hit the release of the game in March 2020. Development on the game other than some tweaks and bug fixes is complete.

"With the exception of some tweaks to the absolute final scene, the game is done," said Valve during the Reddit AMA. "Lots of us at Valve, as well as playtesters, have played through the entire game multiple times.

"Right now we're primarily polishing and fixing bugs, which is where we'd hope to be at this point in the development cycle. We're confident we'll hit our intended release. We let the Valve Time happen before we announced the game." 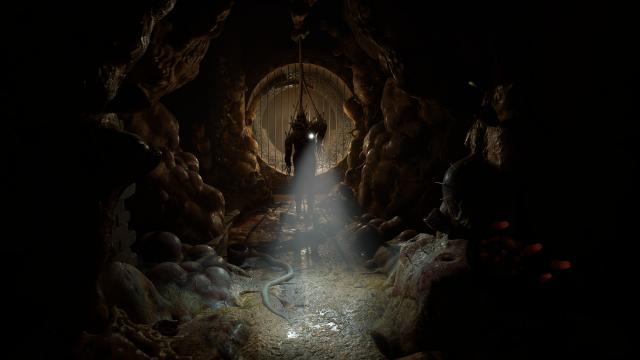 Half-Life: Alyx is Valve’s VR return to the Half-Life series. It’s the story of an impossible fight against a vicious alien race known as the Combine, set between the events of Half-Life and Half-Life 2.

Playing as Alyx Vance, you are humanity’s only chance for survival. The Combine’s control of the planet since the Black Mesa incident has only strengthened as they corral the remaining population in cities. Among them are some of Earth’s greatest scientists: you and your father, Dr. Eli Vance.

As founders of a fledgling resistance, you’ve continued your clandestine scientific activity—performing critical research, and building invaluable tools for the few humans brave enough to defy the Combine.

Every day, you learn more about your enemy, and every day you work toward finding a weakness.

ABOUT GAMEPLAY IN VR:

Valve’s return to the Half-Life universe that started it all was built from the ground up for virtual reality. VR was built to enable the gameplay that sits at the heart of Half-Life.

Lean to aim around a broken wall and under a Barnacle to make an impossible shot. Rummage through shelves to find a healing syringe and some shotgun shells. Manipulate tools to hack alien interfaces. Toss a bottle through a window to distract an enemy. Rip a Headcrab off your face and throw it out the window.

Customers who have purchased Valve Index hardware by the end of 2019 will have access to unique bonuses starting early next year:

Half-Life: Alyx will launch for Windows PC via Steam in March 2020.

Great. Now can you change the name to Half-Life 3? That would market itself. WHY ARE YOU SO AFRAID OF THE NUMBER 3 VALVE!?