Note that the following article is sponsored.

Rockstar’s sprawling open-world western epic Red Dead Redemption 2 earned universal critical acclaim for its gameplay, plot, and attention to detail. Of course, poker was a favorite game of cowboys in the Old West, and RDR2 features a comprehensive, if streamlined, poker mini-game of its own. Poker takes an important role in some vital plot points in the game and makes a nice little distraction from evading the law or dueling with bandits. Here are some strategies you can employ to help you clean up in the old saloon online or offline. 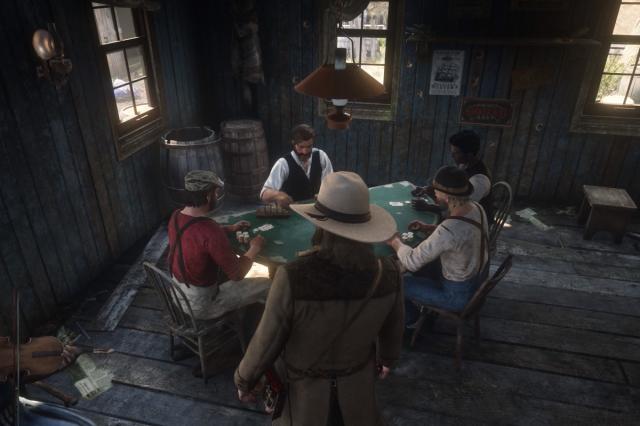 Where to play poker in Red Dead Redemption 2
Poker games can be played at five saloon locations in the Red Dead Redemption 2 world. They can be located by a poker chip icon on the map. Once there you can host a private game or enter a public one. The locations are as follows:
●     Valentine
●     Tumbleweed
●     Saint-Denis
●     Flatneck Station
●     Blackwater
Counting Cards
If your only prior experience of poker is through film and TV shows, you could be forgiven for thinking that counting cards is essentially cheating under another name. That isn’t strictly true. While it might get you kicked out of the casino in real life, it’s a viable but difficult strategy you can employ in Red Dead Redemption 2.
The first step to learning to count cards is understanding how to count 'outs'. Outs refer to the remaining cards in the deck that could potentially make your hand stronger. You'll need to have an understanding of hand rankings within the game and an ability to read your opponents and their hand, but from there you can determine which cards are left in the deck.
To learn more about how to count cards in poker you can read more in this guide from OnlineCasinos.co.uk.
Play Aggressively
In the Wild West, aggression thrived and it paid to take no prisoners. The same applies in the world of Red Dead Redemption 2. it pays to play fewer hands and be as aggressive as possible when you do play. Playing too many hands will eat away at your chip collection and you’ll be out of the game before you know it. Don’t play every hand aggressively; pick and choose your spots.
Play a tight range of strong, playable hands in sequence to build up some wins and establish some control over the game. Playing all your hands aggressively including throwing in an occasional weaker hand every now and then disguises the strength of your future hands. 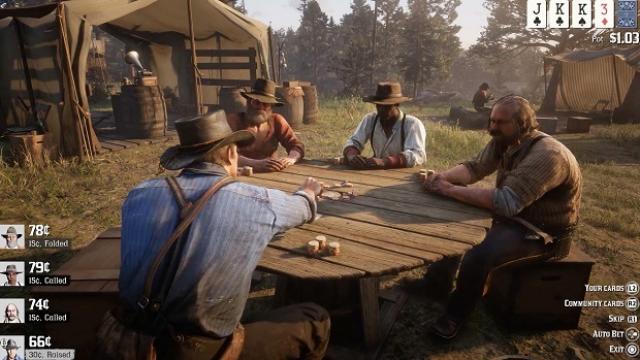 Exploit Weaknesses
Red Dead Redemption 2’s AI is surprisingly sophisticated, with the eclectic cast of characters featuring their own unique poker play styles. With unique styles come the opportunity to notice when a character is in a weak position and go in for the kill.
Look out for when a player checks - this can be a sign that they have a relatively weak hand they’ll be happy to fold if faced with high or multiple bets. You can take advantage of this weakness by bluffing aggressively, through mixing in semi-bluffs with a pure bluff of a worthless hand. If any character in RDR2 shows signs of a weak hand, go in for the kill.
Cheating
Okay, not really a strategy, but a cool feature you can exploit to win a few hands. You can’t use this against real players, but it’s a fun way to mix things up against the AI every now and again.
Yes, you can use nefarious tactics to get ahead in poker games in Red Dead Redemption. You'll need to have the Liars and Cheats pack downloaded on the original Red Dead Redemption, which will give you access to the elegant suit. This gives you access to two additional cards stuffed up your sleeves which you can use at any point in the game. Be careful not to get caught, though, or you’ll end up in a gunfight. 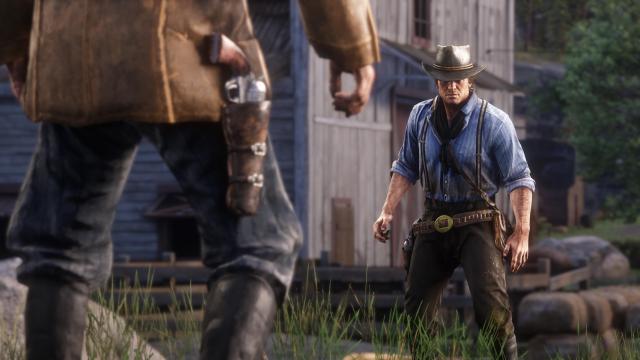 The amount of depth in the Red Dead Redemption poker will surprise both gamers and avid poker players. It’s both a fun way to play the game and a good place to practice techniques for real life poker play.