Remedy Entertainment released the update for Quantum Break on Windows PC over the weekend. It fixes frame rate issues, adds a quit button and more.

The developer was aware of the issues facing players on Windows 10 PCs and has been working on this update. 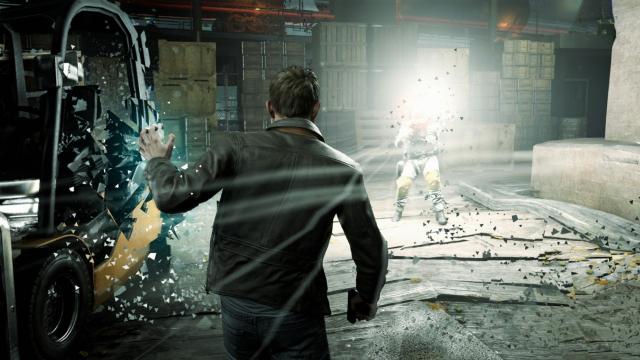 "Microsoft Studios and Remedy Entertainment are aware of additional issues impacting players' experience with Quantum Break on Windows 10 and are continuing to work to address them," said Remedy in a statement.

Totally worth the download, it's like you're downloading full game... That's about 27GB patch. Oh my god..... (facefloor)

Big update is a better option than forever buggy game.

It's not really good, i feel terribly bad for those people have limitation download cap. Should've been smooth launch in the first place. :|

I didn't say its the good per se. But games often launch with problems (especially on PC) and big updates are better than staying buggy.

Depends, but this game(Quantum Break), i don't know about this, there's still problem with performance if you disable upscaling, i'm serious. :o

To me that is a minor issue. As of right now, it looks and plays better than the X1 version with solid specs. Bottom line, in its current state its better than not having the game at all. Its playable now and people are enjoying it on PC.