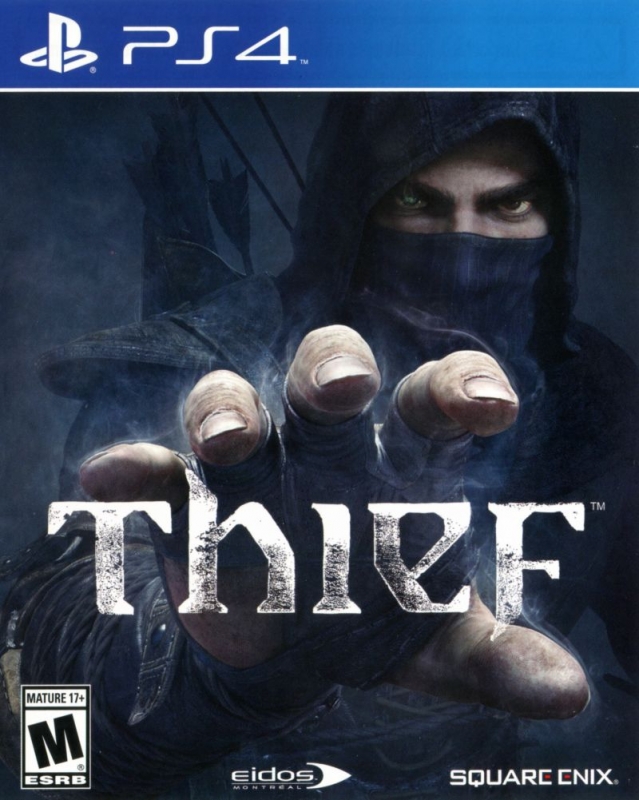 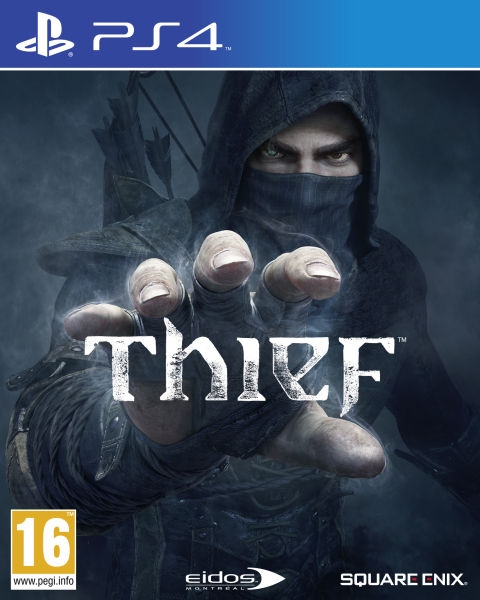 Thief effectively retains the series’ focus on stealth and compelling atmosphere, I just wish it had retained the quality.

The legacy of Looking Glass Studios looms over the video game industry. The System Shock franchise evolved into BioShock, led by Ken Levine and Irrational Games to great critical acclaim. After a fumbling second entry, Deus Ex found itself back in form when Eidos Montreal rebooted the franchise with Deus Ex: Human Revolution, also garnering praise upon release. Now, with Thief, reboot of the franchise that helped mold the stealth genre into what it is today, Eidos Montreal finds itself again faced with the task of retooling a Looking Glass Studios creation for the modern age. But does Thief maintain the series’ level of quality?

Unlike Deus Ex: Human Revolution, which served as a prequel to the 2000 original, Thief is a full reboot of the franchise, starting afresh with a new story conducive to newcomers. Certain things remain, however, such as still starring Garrett, a master thief who prides himself on his skills and his moral neutrality, and who still resides in a steampunk metropolis known only as The City. But after a job gone wrong leaves his partner dead and himself in a year-long coma, Garrett awakens to a dying city, where a mysterious disease known as “the gloom” has been slowly killing off its population. The mystery set-up is initially intriguing, but the plot quickly loses any semblance of interest, failing to provide much context for, well, anything really that happens throughout its roughly ten hours of play. I’m actually somewhat convinced that the central mysteries around which the plot wraps itself are never even resolved. I suppose I could check a wiki, but then again that just means the story didn't do its job right.

Despite its nonsensical story, at least the core gameplay fares better. Fans worried that Thief would fall prey to the perils of modern game design can mostly rest easy. Rather than focus on explosive set-pieces and scripted moments, Thief relies on the slow, methodical stealth that has defined the series. Combat is frowned upon, as more than one enemy will easily overwhelm Garrett head on. Instead, the majority of game time sees Garrett cast in shadow, sometimes inches away from guards none the wiser. Unfortunately, oftentimes this has more to do with spotty AI than proper abundance of darkness. Opponent AI generally ranges from predictably boring to frustratingly inconsistent, but it never really adds up to something even remotely believable. Guards will repeat their patrol patterns ad nauseam, and generally seem to care little when discovering one of their comrades has been dispatched. Every now and then, dumbly implemented “triple-A action game” moments come in to check marks in boxes, such as lame chases or poorly implemented boss fights, but for the most part Thief is all about remaining unseen and unheard.

It’s unfortunate Thief’s enemy AI doesn’t put your tools to the test, since the tools the game gives you are actually pretty neat. Garrett is a master of staying hidden in the shadows, but a new “swoop” ability allows Garrett to move from point to point quickly, useful for creeping from one shadow to the next or for getting out of a sticky situation. It does tend to minimize the challenge in certain areas of the game, but the increased mobility just makes you feel cool, especially compared to the often cumbersome movement present in the original Thief games. Garrett’s selection of different arrow-based gadgets return from previous games, making him feel right at home alongside Green Arrow and Hawkeye with a variety of explosive arrows, fire-dousing water arrows, and rope arrows for opening new areas for traversal.

The tools at Garrett’s disposal make for great stealth, but the game’s claustrophobic game design works against it. Levels are largely linear, with not much room to experiment with the game’s mechanics. Sure, there are a handful of different paths to go through a level, but they’re almost always clearly marked and the end result remains the same. For example, rope arrows can only be used in specific points where the developer wants you to use them, but even then there is likely a vent nearby that will get you to the exact same location. As a result, much less of the game is spent discovering new ways to use the mechanics and more selecting from a small set of options intended by the developers. Surprisingly, many areas in the main story missions are sparsely populated, with large chunks of the game spent simply walking through semi-interactive wallpaper instead of sneaking. As a result, too much of the game is, frankly, boring, with an overall lack of challenge or things of interest to really do.

This falter in level design is only compounded in The City, the hub world that connects the various missions. For lack of a better term, the only way to really describe traversing The City is “unbearably awful.” The City is divided into separate districts, each divided by long and frequent load times. Most of the time, these load times take the form of uninteresting loading screens, but the game sometimes chooses to hide these load times through various other means, such as prying open a window, or crawling through cramped debris, both requiring you to mash a button to proceed. It seems an initially clever way to both hide load times and highlight the claustrophobia of the city, but they are so frequent that the novelty wears thinner than game reviewers’ attempts to inject clever metaphors into their writing. Even The City itself is a disaster to traverse through, with Garrett’s free-running-esque abilities helping little with small, cluttered design that doesn’t adequately show you what can and can’t be climbed. The incredibly obtuse map provided by the game does even less, with objective markers often leading you into frustrating dead ends.

The City acts as the connective tissue between the game’s eight main chapters, though it also holds characters that will give you various side missions. Funnily enough, these missions are for the most part more interesting than the main story missions, focusing on challenging you to come up with creative ways to steal loot rather than leading you through linear pathways. These side missions are fun and add a lot of value to an already fairly lengthy game, it’s just a shame that they aren’t bigger in scope (they're usually confined to a single area).

Much of the game feels limited, perhaps due to needing to fit on current-generation consoles despite also being available on next-generation options. Even then, Thief runs poorly on the more powerful consoles. Regardless of the cramped areas and frequent load times, the framerate stutters on the PS4, undoing all the atmosphere created by the great art design. Textures are muddy, and important sounds either confusingly overlap with each other or are cut out completely. Bafflingly, the framerate of pre-rendered cutscenes seems to run at half the rate of the rest of the game, making already poor-looking compressed video look like it was rendered in the latter half of the 1990s.

If it sounds like I’m harping too much on the negatives here then I apologise, because in spite of its issues I did overall enjoy my time with Thief. When it’s working on all fronts, it’s a tense, brooding experience that truly makes you feel like a skilled thief in the night. But the problems that lie within, be it the choppy framerate, ridiculous load frequency, or overall poor AI, makes it a cautious recommendation at best. Thief effectively retains the series’ focus on stealth and compelling atmosphere, I just wish it had retained the quality.