Chronicles of Riddick and The Darkness director Jens Andersson has joined MachineGames as lead designer on the upcoming Indiana Jones game. He confirmed the news to VideoGamesChronicle.

Andersson will be a design director on the game and work with creative director Axel Torvenius, who was the art director for the Wolfenstein games. Jerk Gustafsson is the executive producer on the game.

Over 20 developers who worked on The Darkness are currently working at MachineGames on the Indiana Jones game.

Andersson previously worked with MachineGames as a freelance designer on many games. He also over a decade ago worked at LucasArts and at one point was developing on another Indiana Jones game that was cancelled. 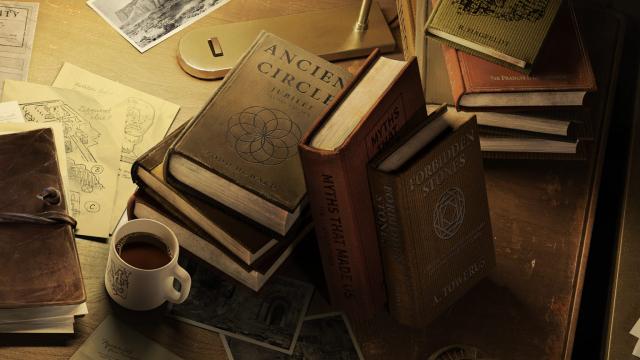 "I’ve now taken the next big step, which is to join MachineGames as Design Director on Indiana Jones,” he said. "This is also redemption. When I accepted the offer to go to San Francisco in 2009, it was to lead the design on an Indiana Jones game, but that game got cancelled before I even got there.

"Now, I get a chance to do what I originally hoped to, but this time I get to do it with some of my oldest and best friends. Joining MachineGames is like coming home – amazing people I worked with during Riddick and Darkness, but also teeming with new ones, whose talent daily blow me away."

He added, "I’m so excited about what we are building, and the way we get to do it – featuring one of most iconic characters ever, in collaboration with my friends at Lucasfilm (hi Craig!), published by one the biggest publishers in the world, and doing it at an amazing studio like MachineGames. This will be something very special."

Bethesda Softworks and MachineGames in partnership with LucasFilm announced the Indiana Jones game in January 2021.

This Indiana Jones game is a big "?" for me.
Will it be exclusive and Gamepass day one cause MS is the new owner? Or contractual license will dictate that the game must be Multiplatform? I have my eyes on this game., i mean, MachineGames a very good devs and Indiana Jones is a setting of my liking.

I heard its exclusive to xbox and gamepass.

Think of it like Spider Man. It was a Sony owned studio that developed Spiderman making it exclusive. Do you really think it will be any different here?

I'm Just asking for a source. What's the problem?
Also, yeah, it can totaly be similar to Spiderman, but it can also be a different situation, don't you agree? I mean , we know so little about this project, multiplatform is possibility.

Depends on when the deal was struck. Disney did a deal because of Spider-man and Sony MCU stuff apparently. Indie has no such deal with MS and MS bought Bethesda after the game was announced. Disney might have done the deal for it to be on all platforms with Besthesda.

I never played Escape from Butcher Bay but I always heard how amazing it was. One of the best movie tie-in video games ever even. It’ll be interesting to see how this turns out.

You should try play it if you can. It blew me away at the time of release. Was such a good game.