Bethesda Game Studios' game director and executive producer Todd Howard in an interview with the Lex Fridman podcast on YouTube discussed The Elder Scrolls VI and revealed he has a rough idea of when the upcoming WRPG will be coming out.

Howard wishes it wasn't taking so long for the game to develop and release and this was never his original plan. By the time The Elder Scrolls VI releases it will most likely be 15 years or more since the launch of The Elder Scrolls V: Skyrim.

"I have a vague idea," he said on when he thinks The Elder Scrolls VI will launch. "I wish it was soon. We want it out, too, and I wish they didn’t take as long as they did, but they do. And look, I mean, if I could go back in time, it would never have been my plan to wait as long as it’s taken for it."

Howard wants to make sure he and the team does The Elder Scrolls VI the right way to make fans happy.

"We're going to make sure we do it right for everybody," he said. "People are playing games for a long time, you know. Skyrim’s 11 years old [and is] still probably our most played game. We don't see it slowing down, and people will probably be playing it 10 years from now, also. So you have to think about, okay, people are gonna play the next Elder Scrolls game for a decade, two decades, and that does change the way you think about how you architect it from from the get-go."

He did reveal the team has had the beginning of The Elder Scrolls VI figured out for a long time and in pre-production the game tries to figure out the setting, the tone, the big features, and more.

"So, take Elder Scrolls 6, we figure out where it’s set, what’s the tone, what are the big features," said Howard. "We discuss the beginning of the game, which we’ve had for a very long time. Then we like to do music. So we've already done a take on the music for Elder Scrolls 6, the music we put in the teaser for it. This was 2018. We’ve taken that further, obviously.

"We're working on the world. You're then doing concepting and design for the world, and then once we we're wrapping up one game, we can really start prototyping the new one. And you're usually building kind of your initial spaces. So we do like to do like a first playable, a smaller section of the game that we can sort of prove out and show to people, 'hey this is how it feels different, this is what it looks like, this is what's unique about it.'"

Bethesda Game Studios once Starfield launches in the first half of 2023 will shift its main focus to The Elder Scrolls VI.

The fact of the matter is the current model of software development, esspessially Game software development, is that is broken. A software title should NEVER be waiting on the development of a different title. The entire spectrum of employees should be on a per title badis and one team should never have a title to finish development. The whole model of a company hiring one team to develop is sorely out of date. Programmer job longeitivity is mostly a thing of the past and the positions of publishers and producers need to be kicked out of their longevity jobs and be hired on a per title basis as well. In fact every AAA game title should be a new company and NO titles should be produced serially, but all in parallel!

I dunno what he would do travelling back in time because even 10 years ago i doubt their intention was to take this long.

It's ok after all Skyrim did.

At least it’s not as long as Star Citizen, which has now been in development so long that the PS2 version may be in jeopardy.

If they release by Christmas next year, it will be twelve years since the release of Skyrim.

That's exactly as long as was the between the releases of Arena and Oblivion. :v

Starfield got announced in 2018, and before that it was said to be in development for 3 years. By the time the game comes out it will have been probably around 8 years of development. Based on how long it has taken, I honestly don't think we will see ES6 until 2028 at the earliest.

Feels like this has taken longer than Skyrim to make, like well over a decade at this point

1 team working on so many titles and different ones at that, the size they are, can slow things down, especially if you are passionate about each one and want do do your best for each one. A writer, narrative, lore or concept artist's time would have to be focused on one at a time, if they are all the same people as part of his team so it's understandable why certain things might have taken a while. Although at the same time I would think they were itching to get the next going as soon as ES5 finished. It's then up to the developers to build their ideas... but they are busy.

Yeah, and they did Elder Scrolls Online in-between as well, so they have a lot on their plate given every game they do is a big game, and each of the last Fallout and Elder Scrolls titles are live service and require on-going support and new content.

I thought Online was done by a different studio? Bethesda Games Studio, one Todd Howard is part of is different to Bethesda's publishing side. But if it's in terms of lore/world build/narrative, that would have been the same team for sure. BGS have worked on a lot regardless. I forgot Fallout 76 all the time. :P

Bethesda has several different teams, but I imagine they co-develop tools and assist each other from time-to-time. But yes, fair enough, I was thinking of Bethesda in general, rather than any one time in specific. 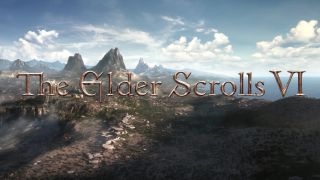