Microsoft has announced the Xbox Live Games with Gold for October 2022. Two Xbox One games will be free to download next month. Washed up on an uncharted island, you must use your will and skill to survive! Play as Kara, shipwrecked on the Forbidden Islands with nothing but what you can build or find. You’ll need to craft weapons and tools to survive. Spend time building a new boat which you can use in an immersive tactile sailing experience to reach the other islands. Explore the hidden history of each island to unlock their mysteries. Enjoy this delightfully surprising game that takes the survival genre in a totally new direction.

Listen up fliers! We’re recruiting you to take on extremely high-risk missions in this World War II strategic flying and bombing game. Once you’re up in the air, danger is everywhere. It’s up to you to manage the fuel, ammo, and hydraulics while trying to avoid enemy gunners. Even the weather can bring you down. Keep your crew safe and focused and bring home victory. Bomber Crew Deluxe Edition includes the original Bomber Crew plus the Secret Weapons and USAAF DLC, so there’s plenty of flying to be done.

Only two games? So basically we got a cost increase on our gold subscription...

Yeah, that's not the best. If they end up being better/newer/more expensive games on average then that might be OK. So time will tell.

another amazing lineup for GWG

if people can't figure it out, that's on them lmao

Windbound was a game that peaked my interest before poor reviews. I'll probably give it a shot, see how it is.

It is quite repetetive.

I've not heard of it, but it is also piquing my interest now that I've been introduced to it.

Windbound got replaced by WRC 10.

At this point Gamepass has become the only acceptable subscription option for Xbox live users. Atm, Games with gold is almost as bad as Nintendo online sub.

What happened to the 4 games? I get GP is a thing but those who dont use that service are hit hard here

glad ive only used gold to convert into cheap gamepass

Same. I switched to Game Pass Ultimate years ago, and I did use the Gold conversion trick. These days I don't even pay that much, I use Microsoft Rewards instead. 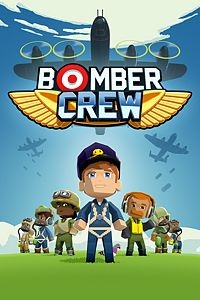