Valve in an update announced Steam Deck production is improving faster than originally anticipated and will be able to fulfill demand sooner than expected.

"We're excited to announce that we're going to be able to fulfill demand sooner than we had estimated for everyone in the reservation queue," reads the update from Valve. "Many of the supply chain shortfalls that affect Steam Deck are gradually clearing up, and we're continuing to ramp production, so we're able to produce more Decks faster than ever before.

As of today we've updated the reservation windows, and everyone who's currently in the reservation queue will get their Steam Deck email this year. Many customers who were in the 'Q4 or later' window have been bumped up to 'Q3 (July-September)' window. And everyone else is now solidly in the "Q4 (October-December)" window. 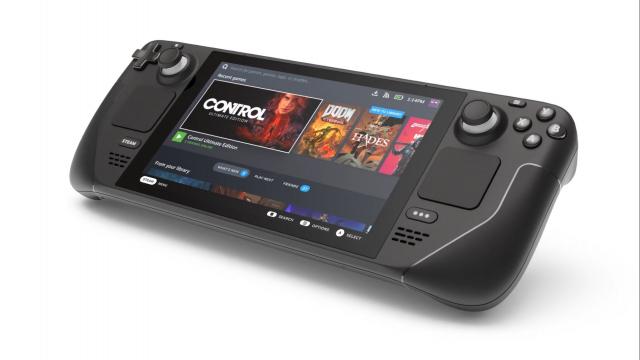 "As of this moment, new reservations will be in the Q4 bucket, but if these queues fill up it will flip over into the following quarter."

Valve added, "We're happy we'll be able to get Steam Decks into your hands faster than we had estimated. It has been great to see all the positive feedback, impressions, and amazing things you all have already been doing with your Steam Decks. We can't wait to see even more in the coming months."

Not interested in Steam Deck, but good for those who want one, and hopefully the supply chain improvement will make other things easier to get.

how many sales would it take to get Half Life 3 exclusive on this system?

As great as that would be, Valve hasn't been very keen at providing sales numbers for a long time. We don't know how many units they've sold of the Valve Index. We don't even know how much money they make from Steam alone, though it's estimated to be in the billions. Not bad for a company with less than 500 employees. Nor are they obligated to provide any numbers since they're a privately held company.

I highly doubt they're selling millions of Decks though, although I am one of those that finally got theirs :) They do seem to be selling enough to warrant more communication from the company than I've seen since they were making games on a regular basis lol

Yup, if they aren't public traded company they don't need to disclose much.
And as long as they are being able to meet demand (well within 6 months of your entry in the queue but ok) that is fine, they are likely meeting their forecasts and having profit from it so it won't be left behind (and even if it were it is a PC platform so you'll still be able to use it for a long time right?)

PC devices don't get depreciate like console... There are games that are 30+ years old with servers still online and populated.

Steam itself will run fine on a 20 year old OS, 20 year old GPU and a 15 year old CPU.
It's not going to be fun... But that is the general time frames of software support you get with PC.

In saying that, it would absolutely limit the games you can play.

But the Steamdeck itself? It can play 10's of thousands of PC titles and will be able to do so for as long as the device is functional...

Indeed and i tell you and everyone else. Even if they only sold 1 unit it wouldn't matter as you have so many games to play like pam said. This can pretty much play the entire PC library, not to menton all the emus it can run. if you own one your set for a long time, most likely more then any console could hope to give ;-)

Yep what I was expecting, that even if they discontinue the HW and don't support it anymore starting tomorrow, no matter how much were still sold anyone that bought it would still have plenty of games to play for the several next years. Not sure why some got upset by this, perhaps they though I was saying it will fail (I don't think it will).

I gave you an upvote back i dont see the problem with your original comment.

Thank you. At least so far Steam Deck have received good review and user feedback from all I know.