Sony Interactive Entertainment via the PlayStation Blog has released an early look at the user experience for PlayStation VR2. With PS VR2, you can see your surroundings while wearing the headset with our new see-through feature. It comes in handy when you want to easily check where the PS VR2 Sense controllers are in your room without taking the headset off. Thanks to PS VR2’s embedded front cameras, users can press the function button on the headset, or use the Card in the Control Center, to switch between viewing your surroundings, or viewing the content on PS VR2. The Card in the Control Center also gives quick access to other PS VR2 settings, such as adjusting your play area.

The see-through view is just for viewing only, so there’s no recording option. 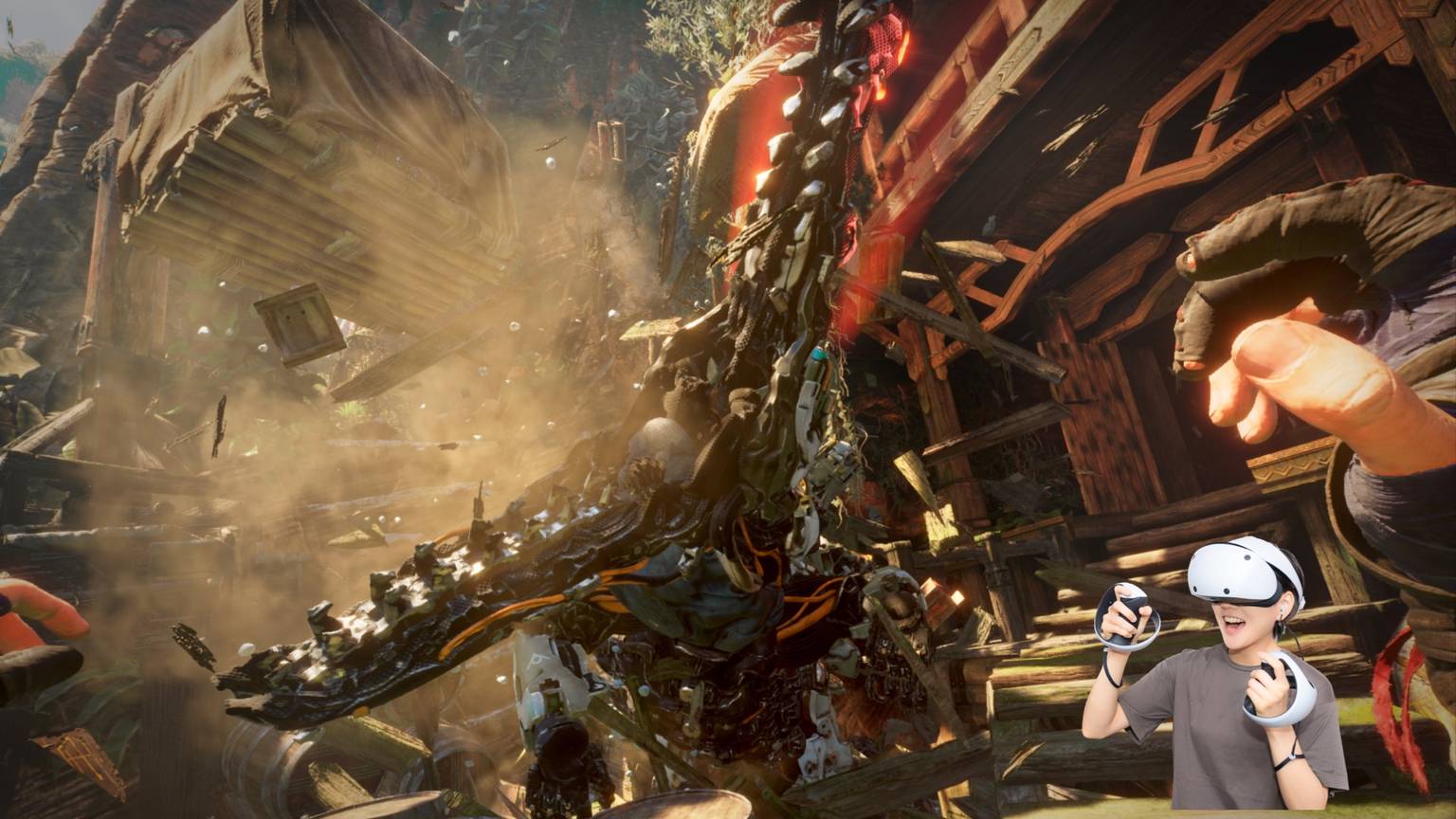 Broadcast Yourself While Playing

A new broadcast feature for PS VR2 will allow you to film yourself while playing, by connecting a PS5 HD Camera to the console. It’s a great way to show your movements and reactions during a boss battle and share your reactions with your fellow gamers as it happens! While playing, if you get close to the boundary you have set up, you will receive a warning that you are closely approaching the play area boundary. You can modify your settings at any time while PS VR2 is connected. Once you set up your play area, the settings will be saved unless you move into a different play area.

In Cinematic Mode, players can view the PS5 system and UI and all non-VR game and media content on a virtual cinema screen. Content in Cinematic Mode will be displayed in 1920×1080 HDR video format with 24/60Hz and also 120Hz frame rate.

PS VR2 game developers will begin to access the latest user experience for PS VR2 in a new system software release coming soon as part of the ongoing development. There are lots of exciting things to look forward to for PS VR2, and we can’t wait to share more details about our next-generation virtual reality headset that takes a dramatic leap forward in gameplay innovation. We’ll share more information soon, including launch date and additional games coming to the platform.

Can’t wait. PSVR was primitive as one of the first major VR systems, but even still, it blew my mind numerous times and gave me completely new and fresh gaming experiences. No matter what cost, PSVR 2 will be a day one for me. Well, as long as there’s enough supply.

see through view???? wow that's cool! I wonder if some creative team could even make an AR implementation into a game.

Yeah, thats what I thought as well. Is going to happen for sure. I can already see the little astrobots hopping around in my room.

What's the benefit? Why should I watch 2 little dinosaurs brawling it out on my desk in AR when I can also witness an epic fight between 2 gigantic dinosaurs in a lush jungle environment in VR?
AR is neat for reality enhancing applications but for video games it is totally useless since VR is superior in every regard.

I'm not suggesting an AR game, but something like the Meryl codec number from mgs1. A small thing.

I do not think so. Other headsets doing that have the exact same kind of view they are showing (so I do not see why it would be different) and this is really just used to see your environment. I'm glad they are adding this to the second version; this is really useful. I'm playing with different headsets and I miss that when it is not present. FYI: this is a thing with all Mixed Reality headsets (it is part of the base requirements).
Also for AR you need other sensors, not just a basic camera; that would really be adding up to the cost for no reason (who would use that anyway...).

Good update, but why not on cinematic give a 4k instead of only HD?

I read a take on this: they mentioned the 110 degrees of view of the headset would cause stretching issues. HD at least keeps the content looking normal.

The aspect ratio of 4k and HD is the same so I have no idea what they are talking about =p
And if necessary they could consider one of the two dimension constrains and "black bar" the excess on the other.