The game first released for PC via Steam and GOG on November 11, 2021. 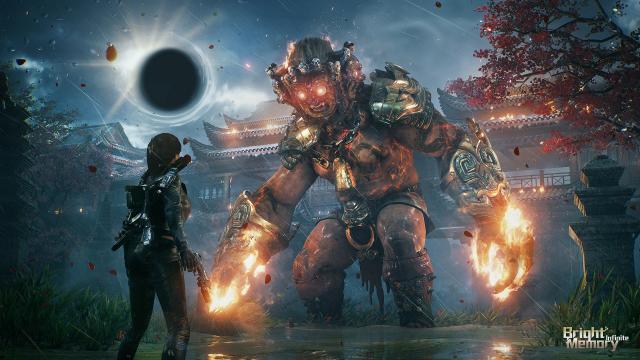 On the other end of the power spectrum, the Nintendo Switch version, which runs natively on hardware and not through the cloud, features multi-sampling of TAA anti-aliasing for a stylish presentation on the go, along with gyroscopic aiming support. Each console edition will include all the cosmetic downloadable content from the PC version with the base game.

Uncover the mystery behind why a black hole opened up during Chinese New Year celebrations as the special agent Shelia. Armed to the teeth, Shelia squares off with forces seeking to harness this phenomenon and the beasts emerging from it. Lay bare the unfathomable truth about two intertwining worlds and timelines as well as the mysterious masked man behind it all.

Looks fun, very interested to see how it will look/run on Switch, it's a very ambitious port