Miyazaki: Next From Software Title is in the 'Final Stages' of Development - News

From Software president and the director of Elden Ring Hidetaka Miyazaki in a new interview with 4Gamer revealed one of the unannounced games he mentioned from a 2018 interview is now in the final stages of development.

"Yes, development is currently in the final stages," said Miyazaki.

In 2018 he mentioned From Software had 3.5 games in development. This included the PlayStation VR title, Déraciné, Sekiro: Shadows Die Twice, and Elden Ring.

The last game is still unannounced, but with it being in the final stages of development an announcement is likely not too far away. 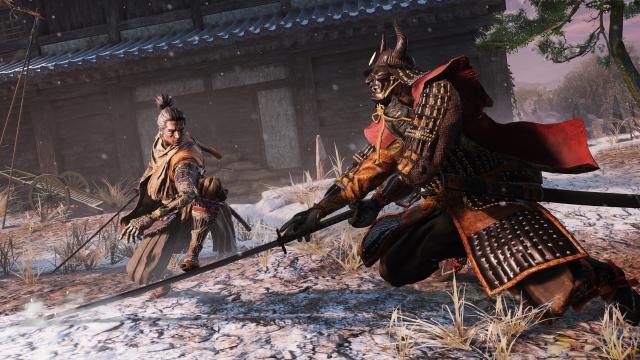 Miyazaki added he is already working on his next title as a director and in the mid-to-long term wants to work on a "more abstract fantasy" game than the studio has ever worked on.

From Software will also continue to release updates for Elden Ring as it works on several new titles.

Armored Core VI according to the leaks

Indeed, AC is very likely. I hope they will come with some new gameplay ideas, hopefully something closer to Z.O.E, and I don't mind if they take 2-3 things from Souls ( I just hope it's not "Armored Souls").

Does he sleep? How does he make so many games at once?

So only another 3 years to launch?

Pls let it be a new AC, I've been waiting untold yrs for FS to actually make something that isn't Souls related.

King's Field? Probably not. but I would like to see a modern take on one of those games.

If you wanna see a modern take on King's Field you should have a look at Dark Souls. 😁

We already had one, but they called it Elden Ring instead.

Sekiro 2 it must be, I won’t take anything else.

This unannounced title was from a 2018 interview and Sekiro didn't release until 2019 lol I highly doubt it's a sequel to that franchise at the very least.

I agree. I just love Sekiro so much that I cannot wait for the next one. Lol