It might not be unreasonable to say that horror is the most challenging genre to develop a game within. While there are a number of generally agreed upon rules for what makes a good action, adventure, or strategy game, pinning down what exactly makes a title “scary” is a lot tougher to do. Not only do people wildly differ in what they find scary, but developers then have to program and design a game very carefully to ensure the source of the fear remains scary throughout. Because, after all, if a horror title stops being scary, then it’s lost its purpose.

Or, so I thought. Every so often, a release comes along and rather rudely undermines all of my neat assumptions about game design and what makes something good or bad. Alien: Isolation challenges the notion that a “horror” title needs to consistently be scary throughout to succeed, and as it turns out, the way to do it is to kick the anxiety level up to ten throughout the entire experience. 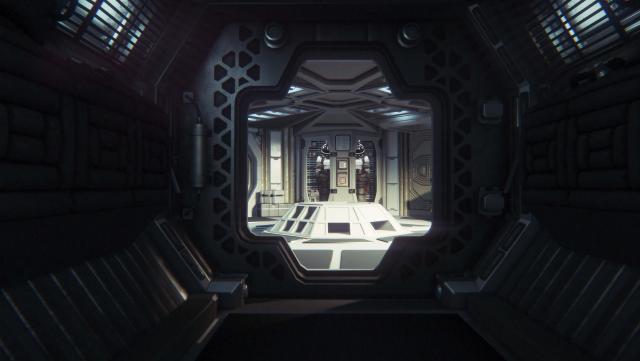 Some backstory is necessary before jumping into things, though. If you’re one of those infuriating young people who was born after 2000 and the first thing you associate with xenomorphs is that awful Prometheus film, Alien is an old movie franchise dating back to the 1980s. The original film (also titled Alien) was very clearly a horror movie, playing on the audience’s fear of the unknown. It carefully crafted fear by teasing us with shots of the xenomorph here and there, never revealing the full creature until the very end. That’s largely what made it scary; we didn’t quite know what was chasing those characters, and Ridley Scott (before he went insane) recognized that. For any horror experience, your imagination is your own worst enemy; constantly dreaming up things that could be there and essentially creating the fear for you. All Alien needed was to light the proverbial spark and let your mind run free as partially obscured hands and teeth slowly picked off the cast of the film.

By the time the sequel rolled around, however, everyone had seen a xenomorph before. There was little point in trying to make a traditional horror film like the previous title. We all knew what a xenomorph was, and our imagination couldn’t run wild like it did the first movie. Instead, Aliens (with an s) was made into an action film with some horror elements, and it worked much better as a result. It relies much more on tension and anxiety with a few scary moments here and there, trying to make its viewers sweat over how close the characters come to dying rather than trying to spook them. It does this because it knows the audience can’t be scared in the same way it once was. Aliens’ willingness to try something new allowed it to succeed in a way it wouldn’t have if it had simply tried to recapture the spirit of the original. And then no other Aliens movies were made ever again. Kind of a shame, really. 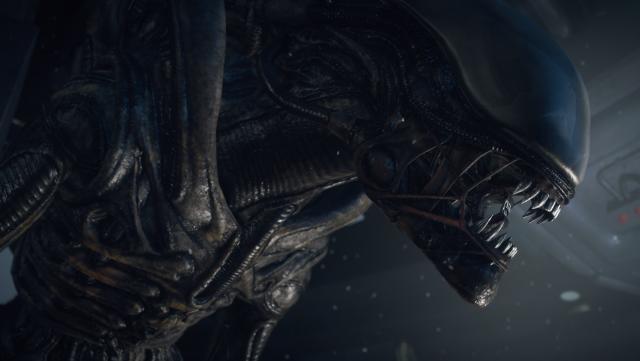 I bring this up as context because when Alien: Isolation was announced in January of 2014, I was pretty skeptical. A horror game focusing around a monster that even the most casual of movie-goers has likely seen dozens of times at this point seemed like a lost cause. Xenomorphs aren’t surprising at this point; there’s no shock value to them and, as such, it’s a lot harder to scare anyone with them. Then, on top of that, the title was promoted as one very long game of hide and seek, where a player would frequently see and be killed by the alien on an initial playthrough, which is also generally not a particularly encouraging sign for a horror title. As we’ve established, horror thrives in the unknown, when the imagination is doing most of the work. Once you’ve died repeatedly and seen the worst that the creature can do to you, death stops being an unknown, and loses much of its "fear" impact as a result.

Fortunately, Creative Assembly had a solution in mind, which was to give up on being scary past the first few minutes and do something else entirely. Sure, the first time you stumble into a room and see a giant sausage monster carving some humans into cat food, you’ll probably feel some fear, but a few hours and a few dozen deaths in, and the alien itself definitely doesn't feel particularly scary. 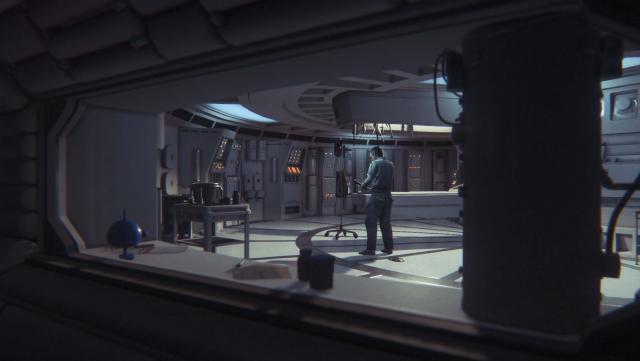 At least, from a traditional “horror” standpoint. But once the general fear of the alien had faded, I found that it was replaced by something else: tension. What Creative Assembly realized is that a game trying to make a xenomorph (a monster that has existed in pop culture for 40 years now) scary again was a lost cause. Horror has a shelf life; there’s only so long you can hang around something and have it remain scary. But tension? You can keep that going as long as you want.

This is what Alien: Isolation is really all about: putting the player in high stress situations and forcing them to make smart decisions with the threat of getting a newly installed chest cavity as punishment for failure. That's what makes Isolation tick; the never ending sense of anxiety and dread. The game wisely gives you a device that lets you know roughly where the alien is, but you’re rarely exactly certain of its position (and when you are, you’re usually in big trouble). In other words, there’s just enough information for the player to make strategic choices, but not enough to stop them from feeling very nervous whenever they have to crawl out from underneath a table and sneak to the next hiding spot. 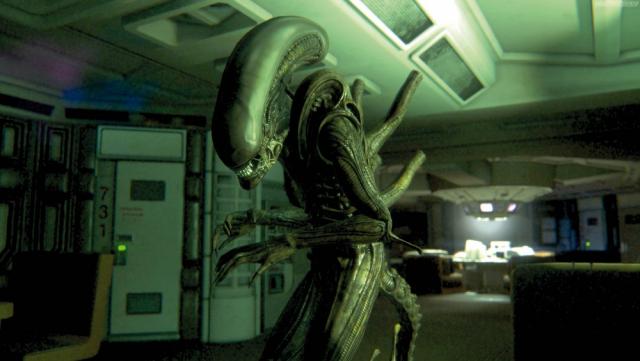 This atmosphere of tension and dread is bolstered by the very smart decision to usually give players a general area to search for an objective, rather than specifically narrowing it down to one spot. These situations, when the player is usually a ways from their last save, are when the game ramps the anxiety up to ten. Furiously searching for what you came for, knowing that every second you do so puts you at risk, and being ready to duck into a hiding spot at the first sound of danger - that’s when Isolation really thrives.

On its surface, the idea of spending an entire game just being really stressed out might not sound like a good time. Truthfully, if I had been given the option to play a title with that as its selling point before Isolation’s release, I’m not sure I would have been thrilled by the prospect. But Isolation makes it work, and makes it work extraordinarily well. It goes to show that “horror” can still work even without its subject matter being particularly scary, and all it needs to do is induce enough anxiety to make me instantaneously age by 20 years. 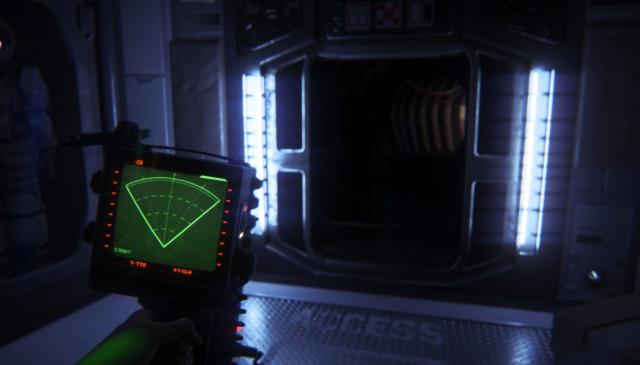 Other games have employed this design philosophy since then. The idea of creating stress instead of horror through an unkillable enemy who stalks the player organically has seen a few couple high profile implementations elsewhere. Resident Evil 7 is perhaps the most notable example, with Jack Baker functioning like a slower version of the alien who hounds the player as they explore the initial house area. The EMMI in last year’s Metroid Dread follows this design philosophy even more closely, as it's a fast-paced enemy that can instantly kill the player if they catch up to them. Like Isolation, both of these enemies excel because the player is usually initially kept at least partially in the dark as to where they need to go, creating a nervous, panicky wreck who's trying to figure out what to do while also avoiding being murdered. But Alien: Isolation's alien still stands out in my mind as the best example in the genre; at its peak, it straddles that line between being intimidating and frustrating better than anything else.

Isolation has its downs as well as its ups; it relies a bit too heavily on rehashing some story beats from the original film, and the second half of the game is generally far less enjoyable than the first, but it still stands out in my mind as one of the best “horror” games ever made (if that’s even the right term for it), because of how oppressive it feels. I didn’t get a traditional scary experience from Alien: Isolation. Instead, I got something I didn’t even know I wanted; a mixture of tension and anxiety that somehow translates over brilliantly to a video game. And I hope it’s something we see more of… some day… whenever they decide to stop turning Alien into bad shooters and release Isolation 2.

This game does tension a bit too well for me, I don't have the conviction to boot it up anymore. Stopped playing it a few months ago but don't feel good about it, the game really is brilliant and I want to finish it.

Yes, I decided to write this piece now not because it was Alien Day yesterday, but because I decided to celebrate the...two year and five month anniversary of the game being ported to Switch.

1) I played it in 2014 on launch day. I've always had a fondness for the Alien series, despite however much that feeling has certainly not been reciprocated through the last twenty+ years of Promethesuses and Colonial Marineses. It was my second favorite game to launch that year and still remains one of my favorite horror games to ever release.

2) Eleven of the fifteen overall game of the year awards VGChartz has given out were primarily developed by Western studios. If our website is one giant attempt to "trash dude bro Western games," we're doing a pretty bad job of it. 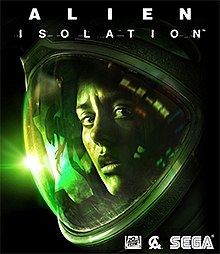 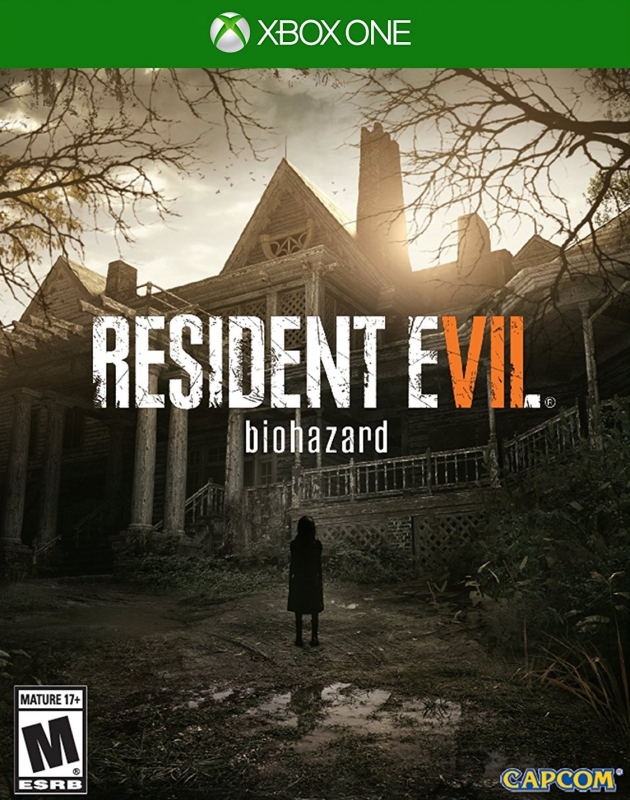 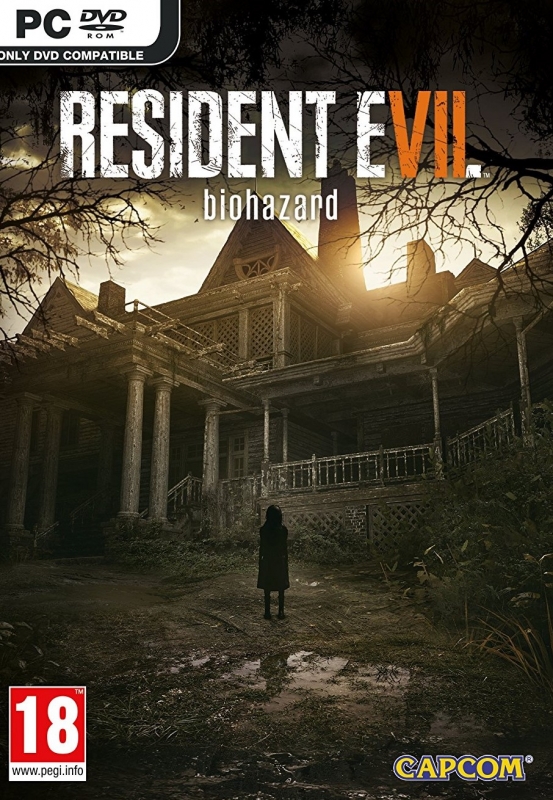 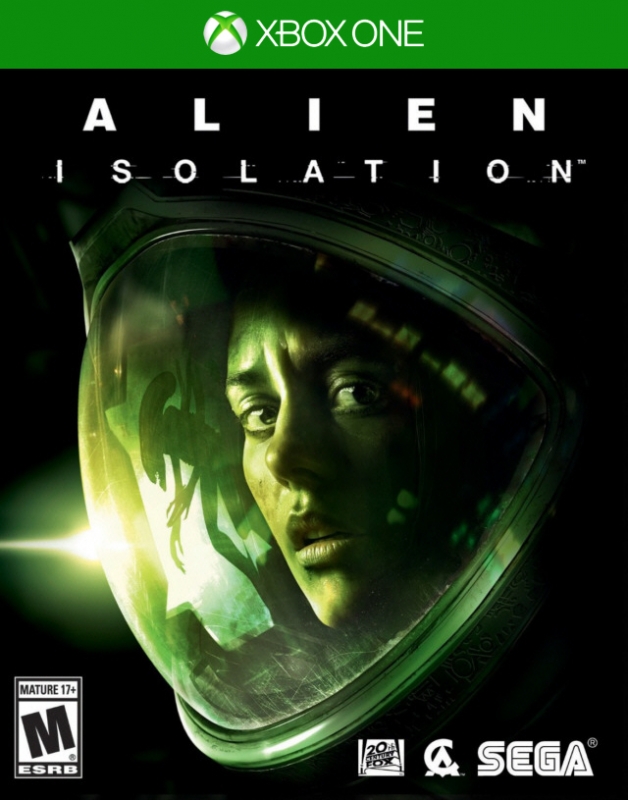 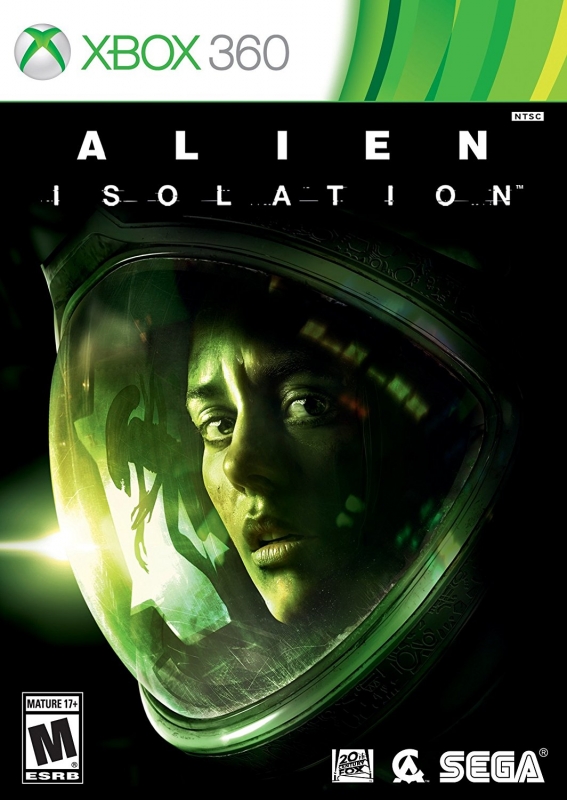 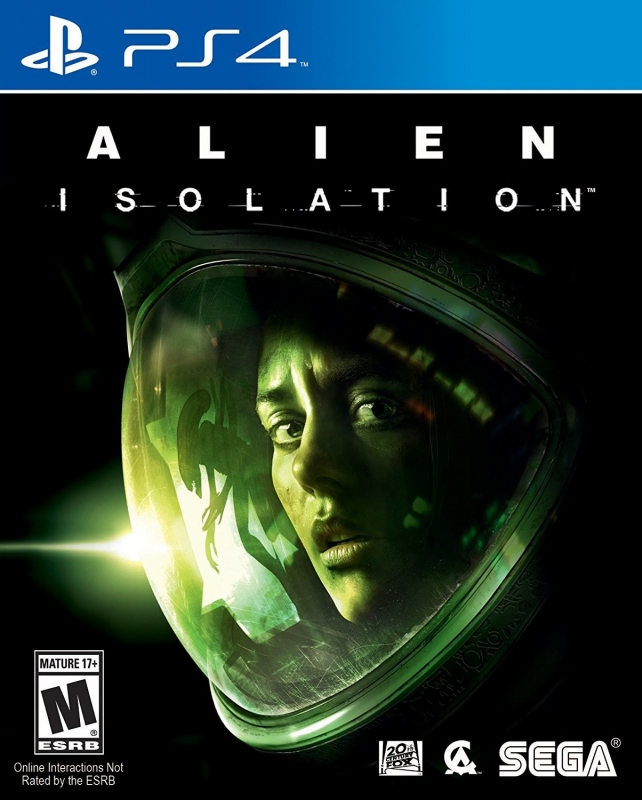 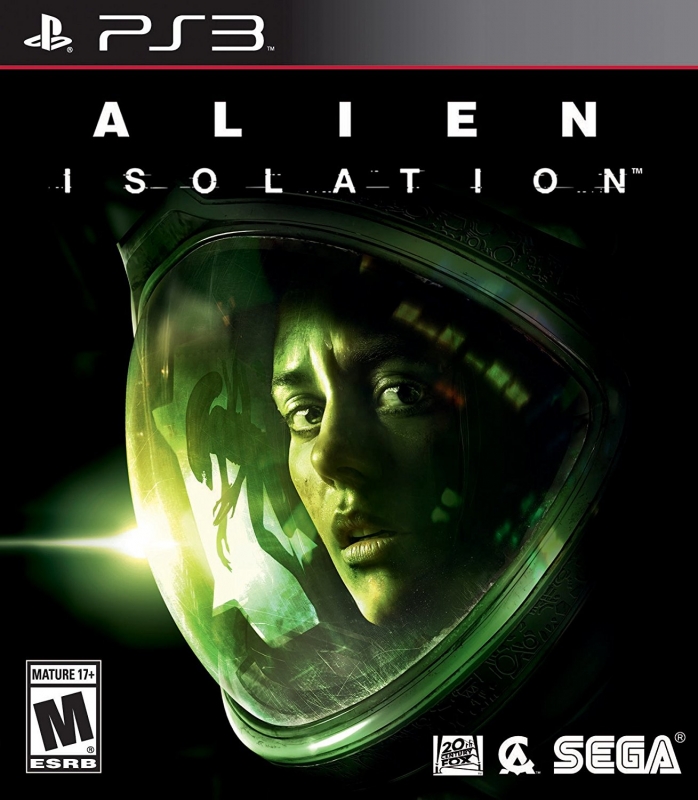 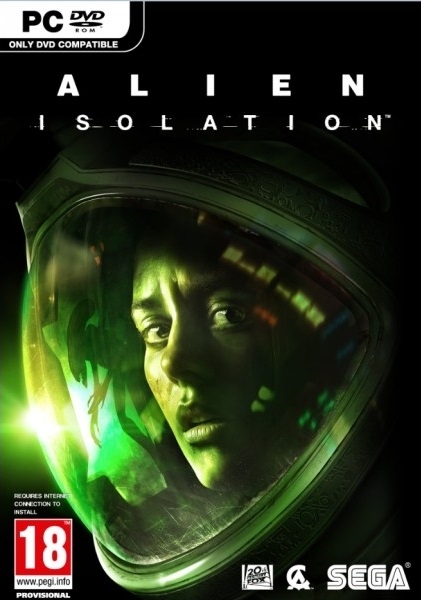 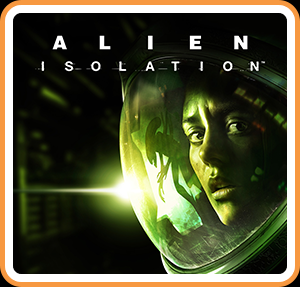