The DS launched in December 2004 in Japan and the Nintendo Switch launched in March 2017. Therefore, the holiday periods for the two consoles do not lineup, which is why there are big increases and decreases. 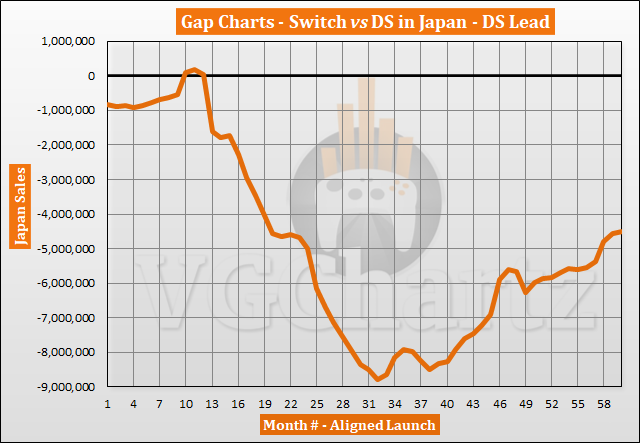 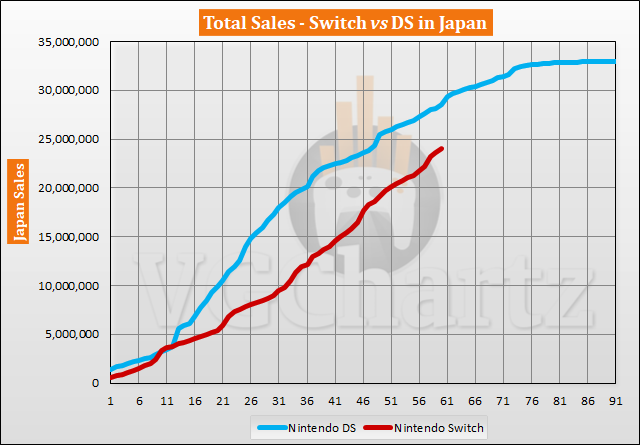 The 60th month for the Switch is February 2022, while for the DS it is November 2009. The Switch has sold 23.99 million units, while the DS sold 28.51 million units during the same timeframe. The DS sold current Switch sales in month 48.

This will be REALLY interesting to see

Fascinating, a race that the Switch DOESN'T have in the bag.

If there's a chance for Switch, it will take quite longer to the upside than it took to the downside of the gap chart. It all depends on when the Switch successor will be released and how long Nintendo will support Switch. But I guess they won't let Switch die as fast as DS.

The switch can win this. Just needs 2 and a half years or less

If switch ain't too far behind in one year, than it can win this easily. DS will will basically flatline in one year, allowing for the Switch to catch up any missing ground from there on out.

Can they do it?!
Also, I'm curious of how so many of the top graphs in these articles are labeled wrong. :v
We're looking at the Switch lead (or absence thereof) not the DS lead.